It’s hard being a writer at times like these, because there is so much tragedy, so much seriousness, and so much going through my mind. Yet my thoughts are not coherent enough to have anything helpful to add to any of it. And when I have nothing worth saying, I’ve found it’s better to say nothing at all until I have something worth saying. And just pray instead – because I seriously doubt that God misunderstands my incoherent thoughts.

So instead, I’ve decided that this week is in some serious need of random ridiculousness, so I went through my iPhone camera collection to find what all I’ve saved for later.

Let’s start with Facebook ads. They rarely make sense and even more rarely make me desire to buy the product.

(Except for one ad, one time. And I love what I bought.)

But this one was NOT that one. 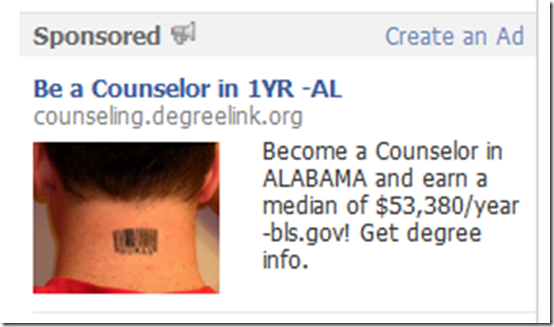 So…if I become a counselor and make a median income of $53,380 a year…do I have to get my neck barcoded? And…um, why, exactly, is that supposed to excite me about my new career?

Speaking of Facebook Ads, I want to know how much McDonald’s paid these 62.2K people to actually like this picture. 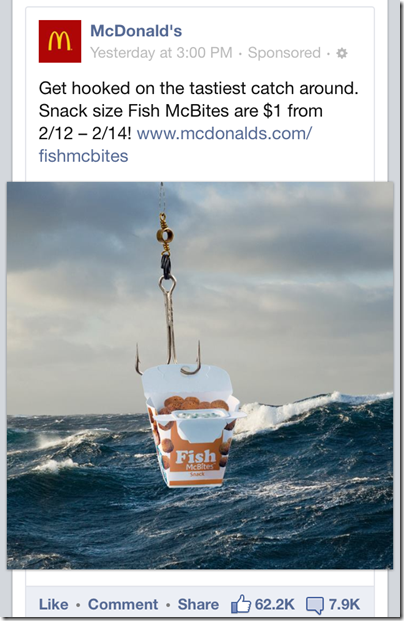 Because all I can think about is…has that hook been in a real fish before it was in my Fish McBites?

Thank goodness for Shaun White bubble gum. Because we really think a lot about a snowboarder in Alabama in the Spring during an off-Winter-Olympic year. 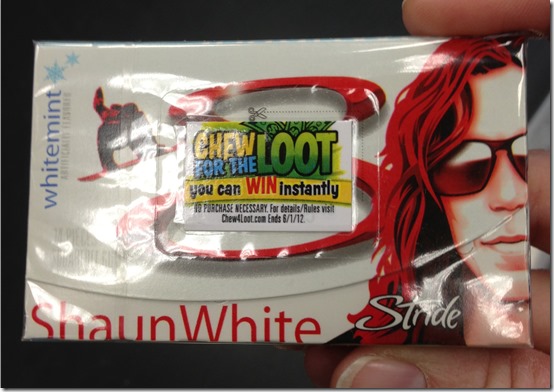 Yes. I desperately want a swimsuit that will make me look skinny.

No. I don’t think that this will help create that illusion. 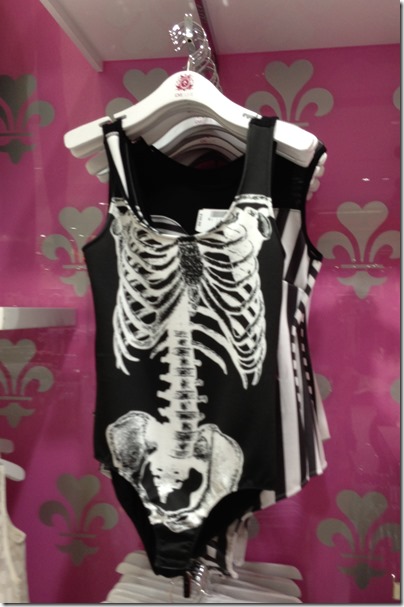 However, I’d take a visible coccyx over this T-Shirt any day.. 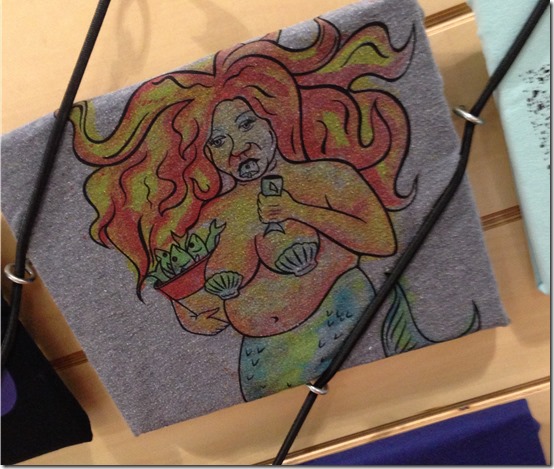 And I’d take both over matching my 40-pound six-year-old daughter. Which will NEVER help me feel slim on the beach.

I found this tag on a pair of jeans: 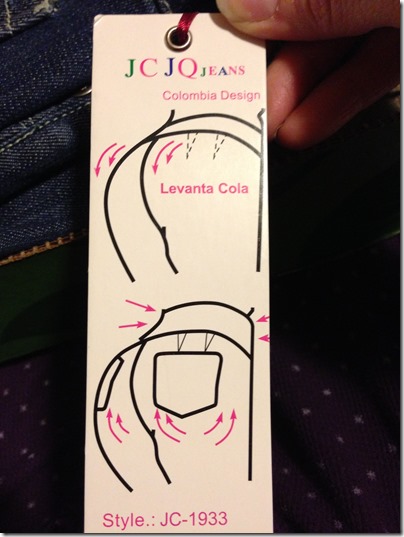 I stared and I stared. Then I stared. And stared.

Finally, I hit up Google Translate to help me understand.

So either they’ve upped the queue on their pocket placement (of which I do not approve,) or they’re explaining how their jeans offer a derriere lift (of which I do approve.)

I love a good diagram that most likely has no scientific backing. I saw this one on Facebook or Pinterest or who knows where but certainly not on WebMD:

But you better believe I got Chris to check. 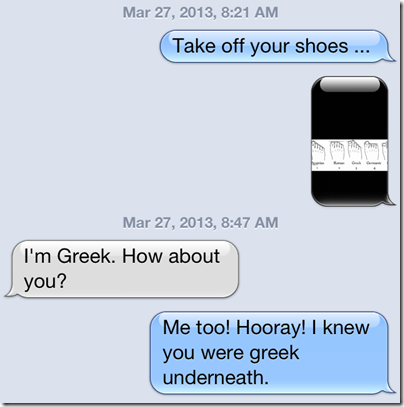 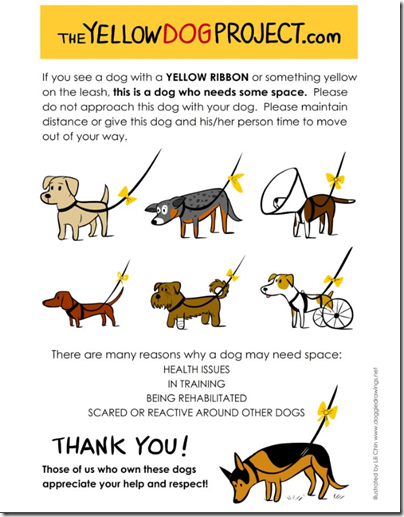 Especially if people would understand the yellow ribbon to mean the same thing when tied around my toddler’s finger on an especially cranky day.

Or on me during certain…seasons.

Speaking of seasons. I’ve been using an app to track that lately, and I have a few complaints. 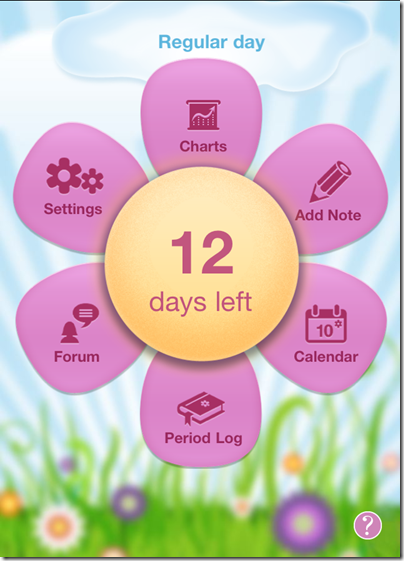 First of all, on a “Regular Day,” I would really appreciate some fine print.

Regular Day – but if you feel bloated, emotional, ravenous, hysterical, or any other potentially hormonal symptoms, it’s completely understandable and not at all your fault.

But on a “Non-Regular Day,” I have some serious issues. 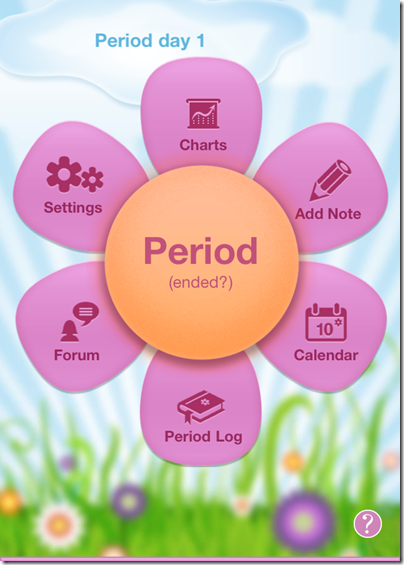 Although I appreciate the respect of a slight color change in the center of the flower, it is CLEARLY not appropriate to still have a cheery flower and bright background.

That screen best be turning into a dark storm cloud and stay that way until I say it’s okay to go back because that lying happy flower is as bad as Always telling me to Have a Happy Period.

Or, if using a storm cloud would be politically incorrect (as it might upset happy storm clouds to be portrayed in such a manner,) This could totally be the icon: 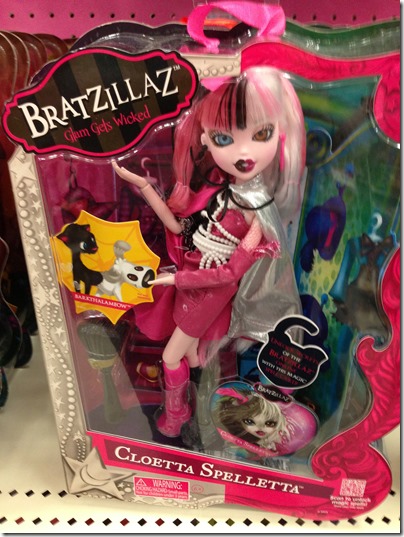 And finally, on one of the many ridiculously fantastically adorable photos that I put up of my children on Facebook,

(along with the rest of the world,)

(who puts of fantastically adorable photos of their own kids, not mine,) 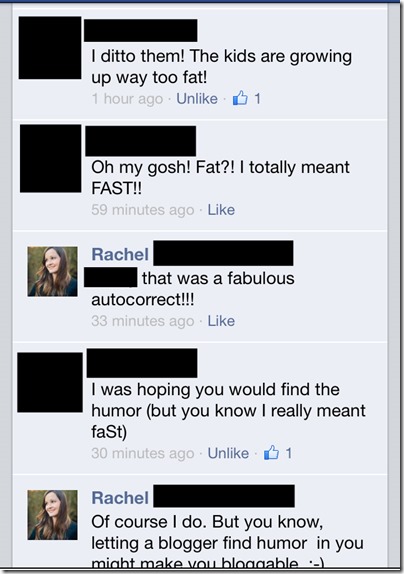 25 thoughts on “Because We Need to Laugh. Or at Least Snort.”