Last Saturday, we took Noah and Ali to A Day Out with Thomas.

We were cautiously thrilled for a redo, since we took Ali when she was two, and she had a severe form of Baby-PMS that day.

In an attempt to do things as opposite as possible as we had done with Ali (to whom we hyped the meeting of Thomas for months,) we decided to completely surprise Noah.

Therefore, he knew nothing except that we were “going to a surprise.”

When we arrived and were walking up, I saw Thomas from a distance and got all giddy on the inside on his behalf.

I very nearly shed a tear at the sight of that big blue engine. 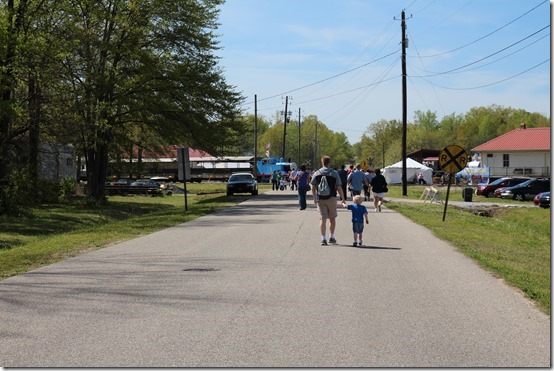 I asked Noah excitedly and expectantly, “What do you SEE?”

He looked around, then said nonchalantly, “I see cars. And I see people.” 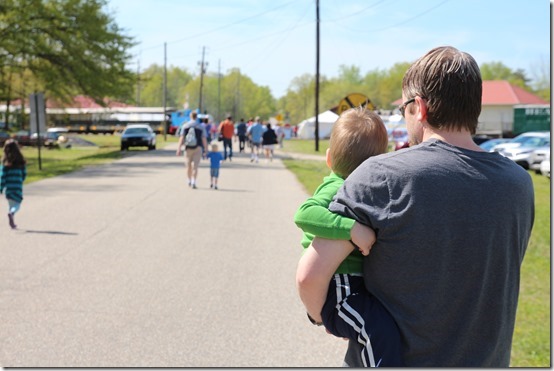 Finally, as we got a little closer, he spotted him.

And we got the reaction of which we had dreamed. 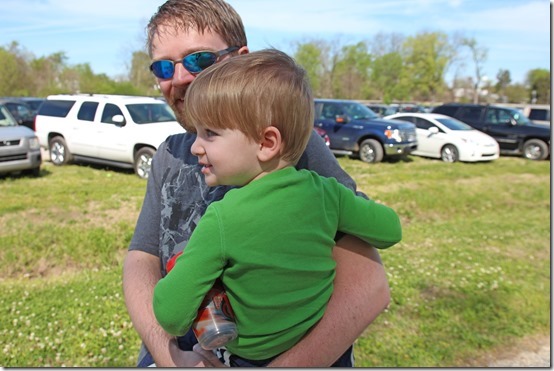 There he was in all of his glory, train engineer and all (which was a nice touch, since the presence of humans in Thomas really confuses me. Exactly what are the separation of duties between a talking train and his Human Counterpart? I totally should have asked him when I had the chance.) 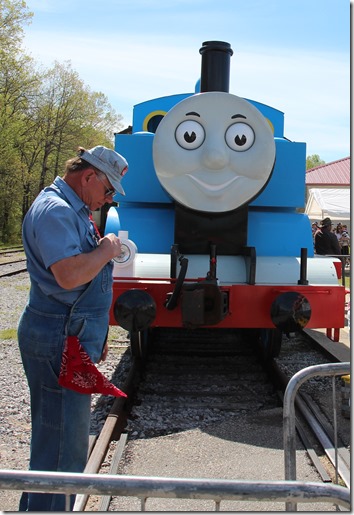 But Noah had no such meanderings. He was thrilled to be on the train tracks, 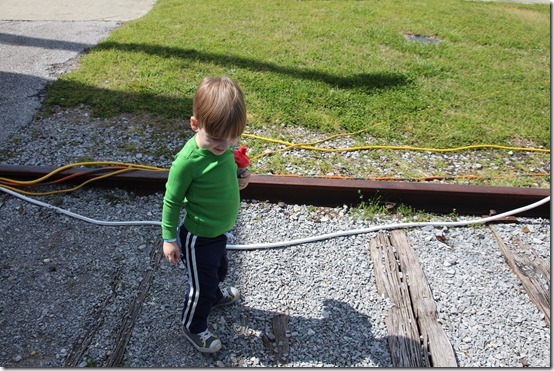 Thrilled to be “big” and go in the bouncy house with all the bigger kids, 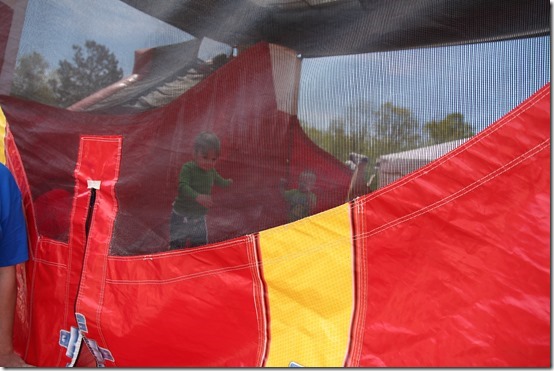 Thrilled to climb on all of the other trains, 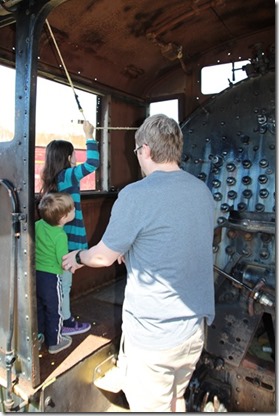 (as was his sister, who thankfully had no recurrence of previous attitudinal disturbances,) 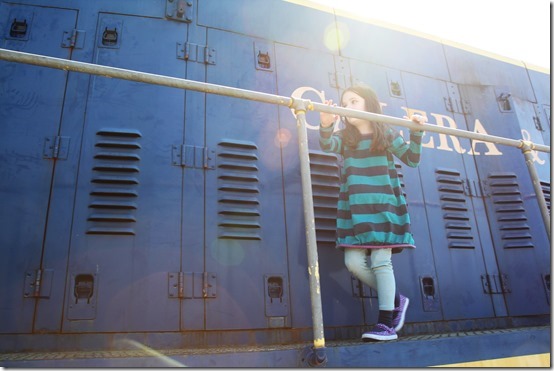 and thrilled to get an inside peek at the train’s engine. 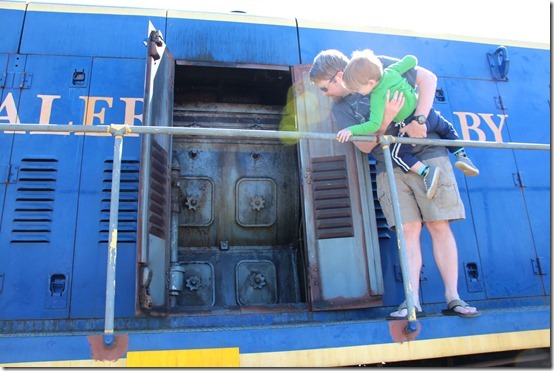 Ali looked so memory-making, being all Titanic-Like at the front of the train, so I naturally requested a family photo op. 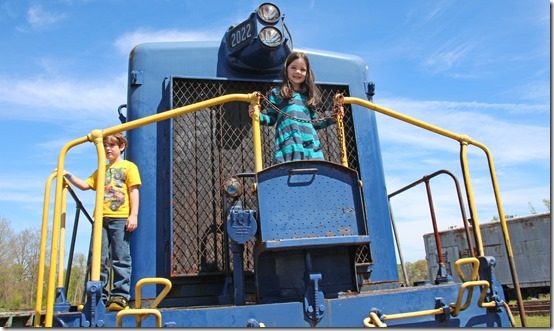 But all I got was a free nose-picking show, 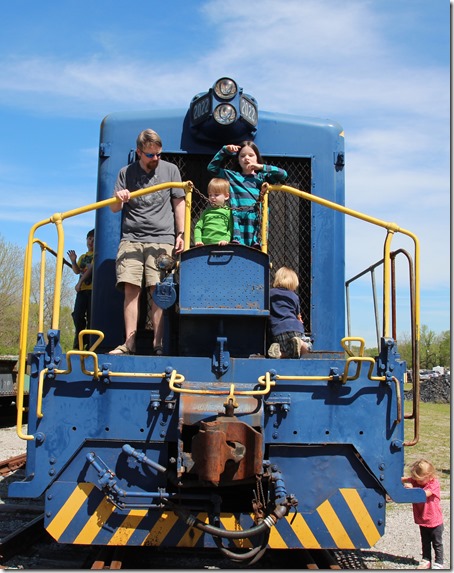 and Chris trying to get out of the shot…or make himself more easily photoshopped…or something. 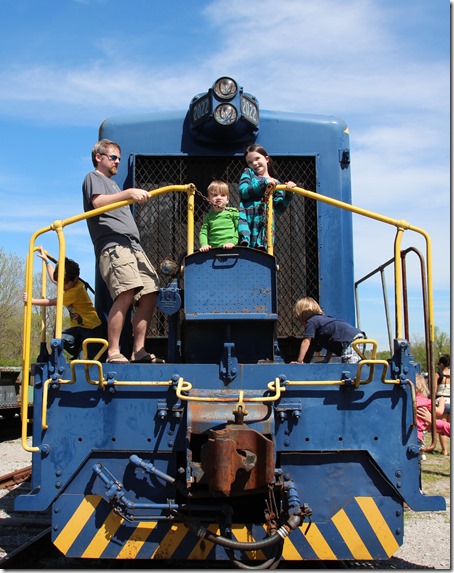 When it was time to get in line for our ride, Noah realized the full weight of all of his hopes and dreams coming true before his eyes. 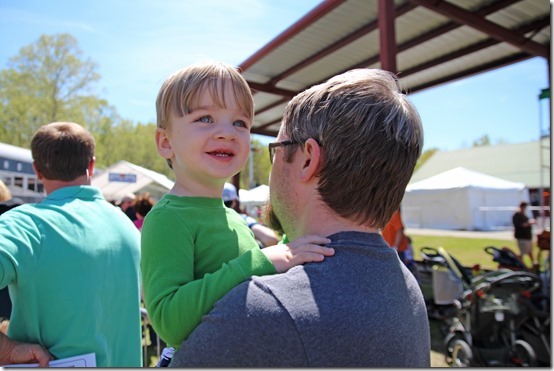 And was also obsessed with his ticket, 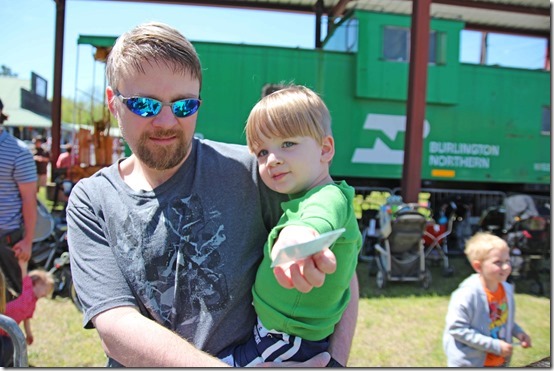 which reminded me of Ali at her two-year-old Thomas ride – perhaps her favorite part of the whole experience. 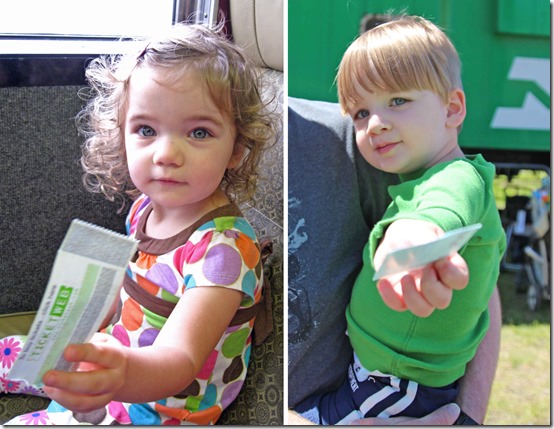 Ali, who didn’t remember her last trip nor her dream-ruining-attitude, was also delighted with this year’s adventure, thereby making amends for her last slip-up altogether. 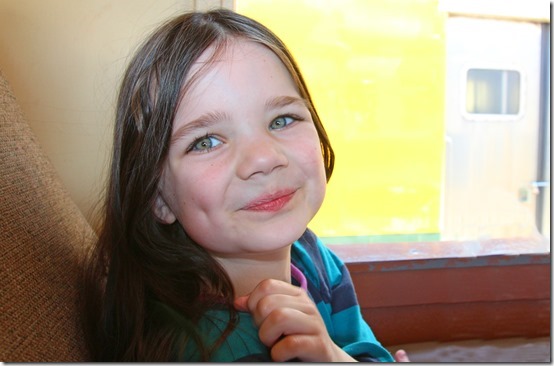 The conductor came up and down the aisles ensuring that all children heads were inside the windows and offering to pose for photos (perhaps that’s that human’s role in Thomas?) 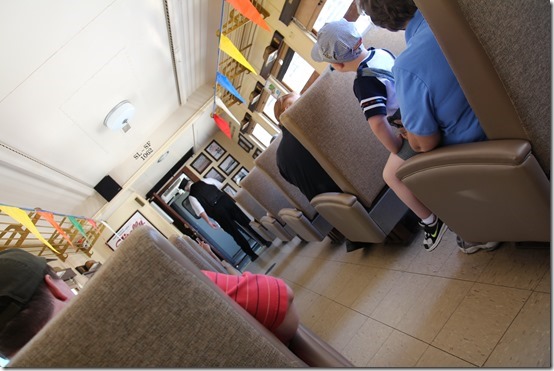 And, as they say in the Thomas Books, with a Peep! and a Poop!, Thomas left the station.

(Seriously. They say that.) 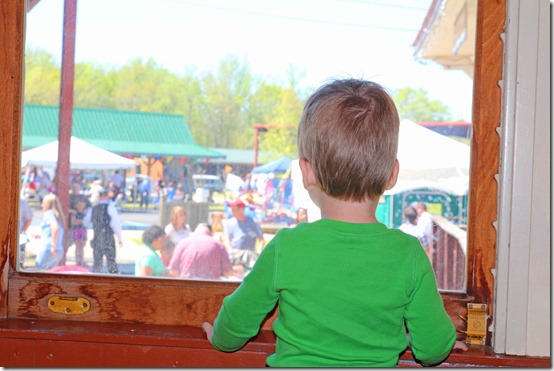 And both of my children were mesmerized. 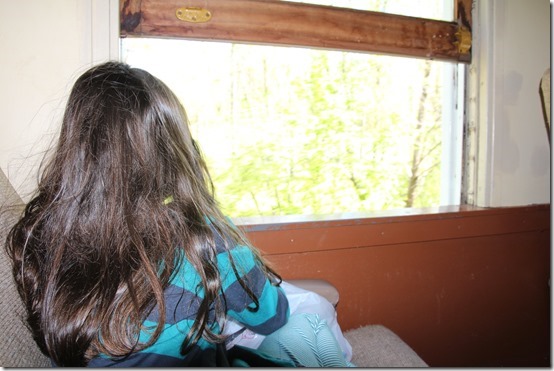 And Chris and I made sure to revel in that golden parenting moment – the one where our children’s reactions actually measured up to our own expectations. 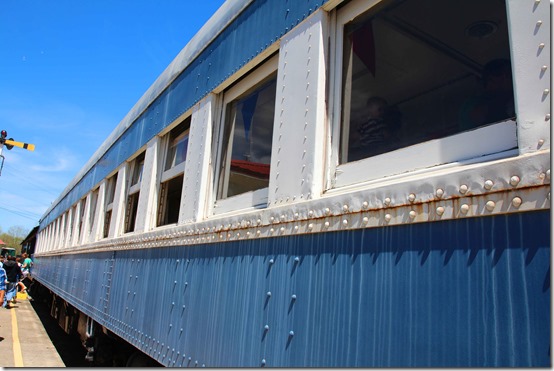