Just a couple of days after I wrote my latest installment in the bathroom flooding fallout, we were eating a nice, peaceful breakfast when Ali calmly observed,

“Huh. Look at the ceiling – there’s new water up there.”

I jerked my head up, praying to God that she was wrong.

But she was not.

There was a new streak of wetness on a previously unaffected part of the kitchen ceiling. That looked somewhat like a snail leaving a slime trail. 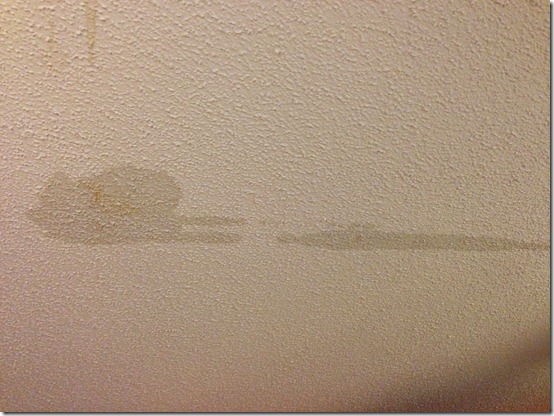 And a few feet away, our old friend Decapitated Duck had been sliced through again in a very insult-to-injury sort of manner. 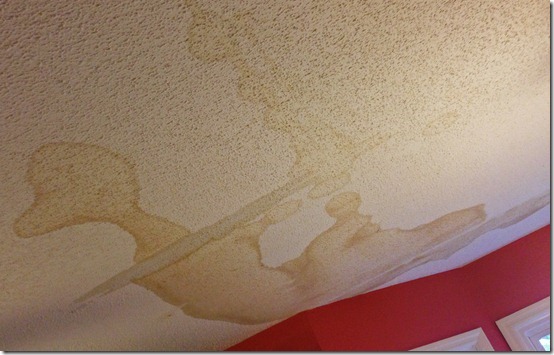 The kids had just experienced their second (second!) bath in their new bathroom the night before. And apparently the new bathroom was having so much fun that it wanted to share it’s glee with the kitchen.

I took a moment to do some deep breathing exercises, then texted our contractor.

He immediately got in touch with the plumber and told him to fix it ASAP.

Which meant that the plumber decided to show up exactly 32 minutes after I had finally given up and laid Noah down for nap.

And of course, he woke Noah up with banging, sawing, clinking, and a brand new hole in my hallway wall. 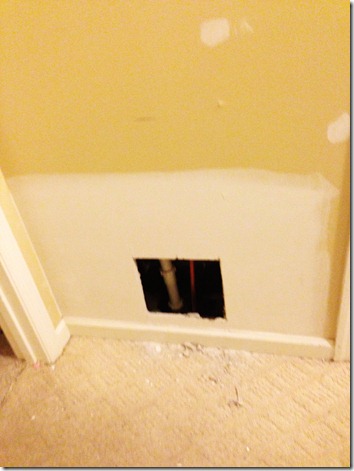 I revisited deep breathing, then sprung my confused kid from his bed.

Finally, the Plumber left. And I texted Chris the update. He must have accurately read extraordinarily high levels of desperation betwixt my sentence fragments, because he resorted to emoticonic humor in the attempt to keep me from running away. 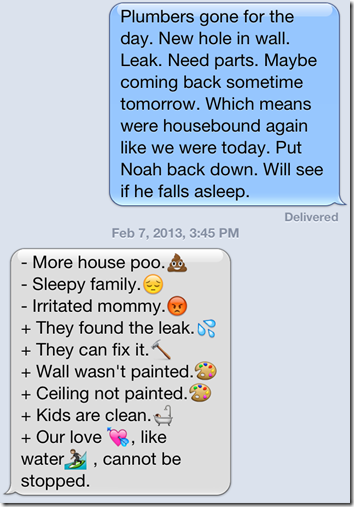 And somehow the stress of the day plus his inspiringly-cheesy graphic communication made me want to respond completely in emoticon – and song lyric.

So I texted back (translation included for your reading ease):

He figured it out almost immediately. So I texted him another one.

…which took a wee bit longer. 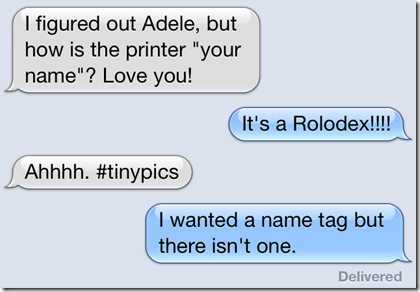 I found a deep sort of solace in this mental amusement, so for the next few days, I kept his text stream full of songs.

(He completely objected to my use of a chicken leg as a wing in this one, but sadly, there is no Emoji for chicken wing, and I wanted a chicken wing.)

It took him much longer than I expected to solve this one,

and he never could get this one, but we’ll get back to that.

I begged for one of my very own, and, as begging nearly always gets me what I want, I received this text from him:

And it drove me to the brink of insanity.

I studied. I worked. I admitted that I was much better at giving than receiving. I asked for hints. Or clues. Or nudges. Or anything. I even tried bribery.

I wrote it all out on a post it note, trying to understand it. 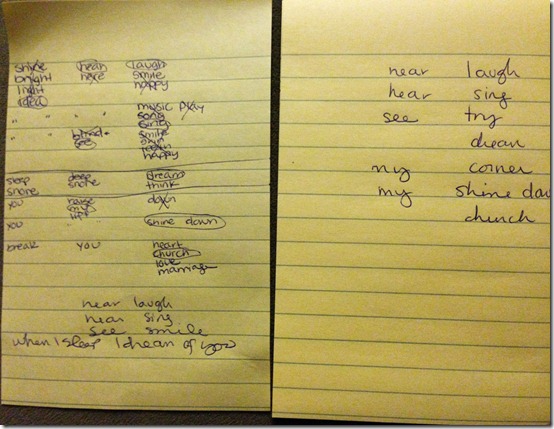 Chris added the circles and Xes to try to help.

I admitted even more fully my complete inability to translate like he could.

I googled the words I knew were right, thanks to his circles.

<Insert Kicking of Oneself>

A few days later, he tried me again:

But that one looked vaguely familiar…and then I realized why: it was his version of my last song that he never solved.

In my opinion, mine was much more straightforward. But did he get it? No.

This practice was so consuming that it nearly made our house woes fade into history (I bet you totally forgot about them, didn’t you? I would have too if it weren’t for Decapitated Duck sneering at my breakfast every morning,) so I highly recommend that you adopt this practice with your own spouse, kid, friend, random stranger, or favorite blogger as soon as possible. 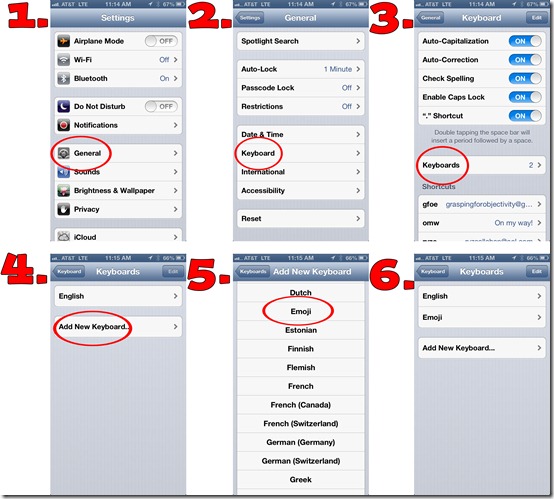 (Then when you go to type, you’ll have a cool little globe show up on the bottom left of your regular keyboard.)

Okay. So you people need to practice. Here’s one for you to decode, and bonus points if you can figure it out before reading anyone else’s comments: 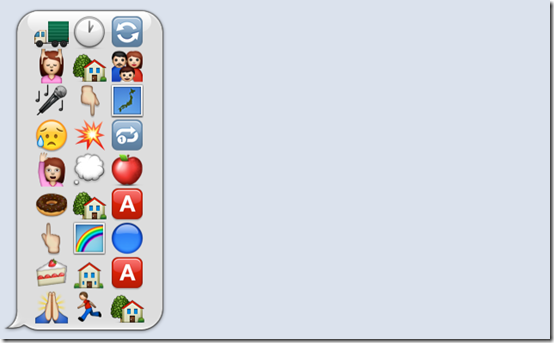 May the Emoji be ever in your favor.