Because the last three months of the year are precious times to watch Zulily offerings – there are priceless pieces that can’t be missed!!

It starts with Halloween and goes through the New Year.

Halloween is important, because if every baby girl doesn’t have her own Black Skull Personalized Bejeweled Pettiskirt set, there is just nothing right in the world. 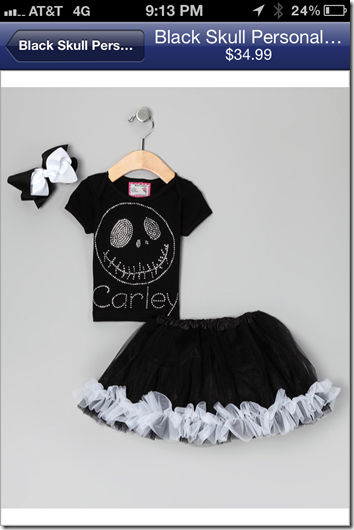 (And hey – that was originally SIXTY DOLLARS!! You are getting twenty-six dollars worth of bejeweled skull for FREE, people!!)

There is very little that makes the song “Santa Baby” more creepy, but you better believe that if anything can accomplish that difficult task, it will be available on Zulily. 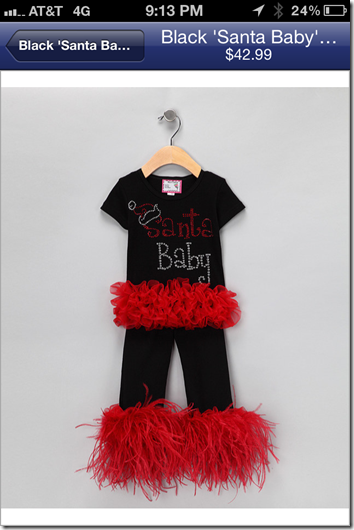 That, my friends, is how to make it creeptastic.

Pants are always a thing of curiosity on Zulily, both in and out of the holiday season.

They are the premier provider of toddler saloon wear, 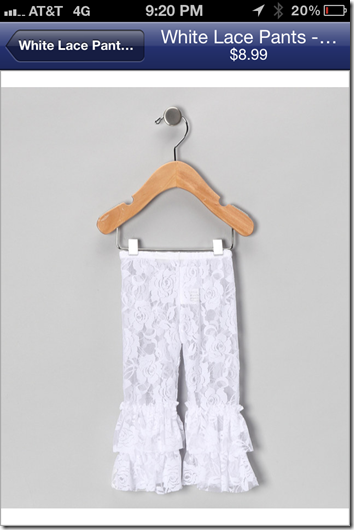 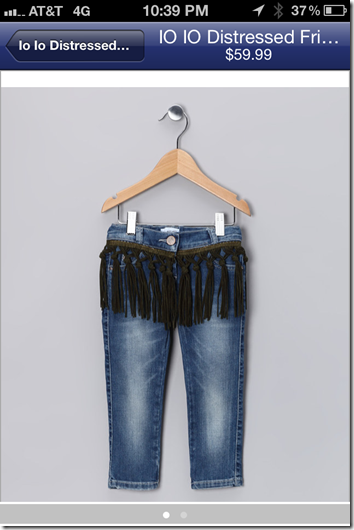 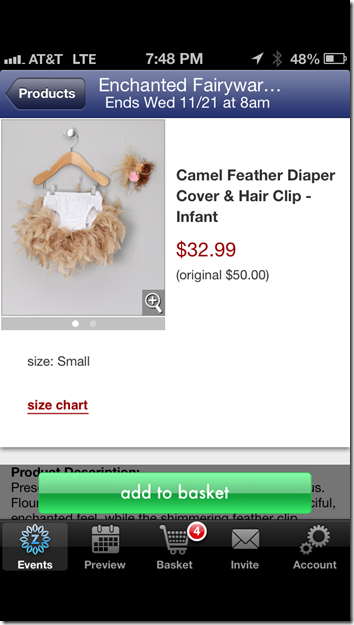 (What was that?  You want to see what the back of that looks like?  It could cover a LOT of junk in the trunk.  Or lumps in the trunk, if they’re not potty-trained.) 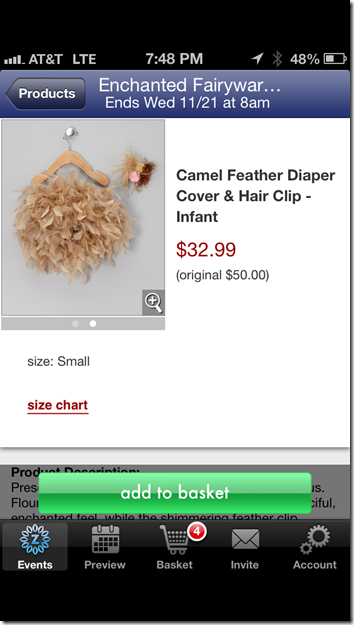 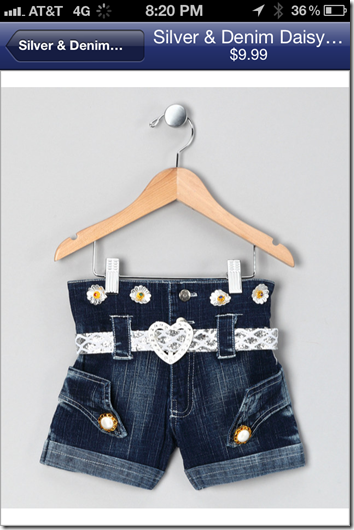 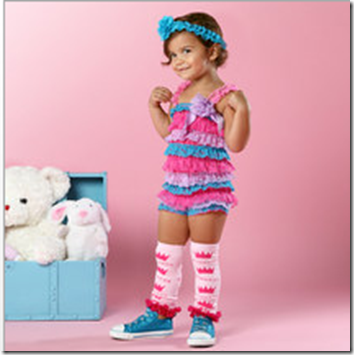 But nothing can really outdo transparent dog pants.  Especially when they’re paired with a matching genie bra…and headpiece. 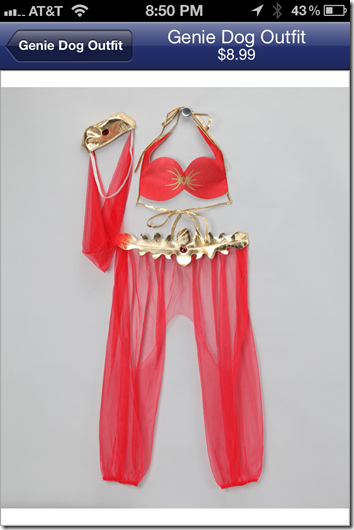 That almost makes me want a dog.  Almost.

But this dog look – apparently created with Glad Outdoor Trash Bags and a doily swiped off of a Great-Grandmother’s commode – brings us right back around to creepy. 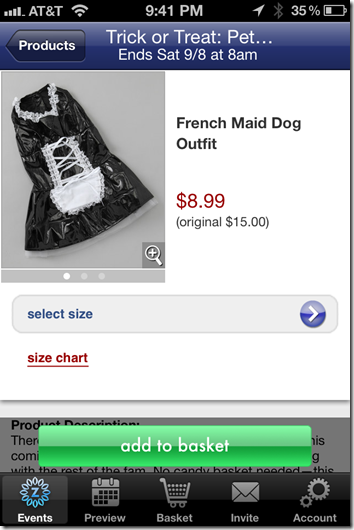 Nobody needs a dog dressed like a French Maid, people. The neighbors will talk.

I was excited when I saw that Zulily was having a “Christmas For Dad” sale a couple of weeks ago.  Dads are the hardest to buy for!! Surely I’d be able to find some great finds for Chris. 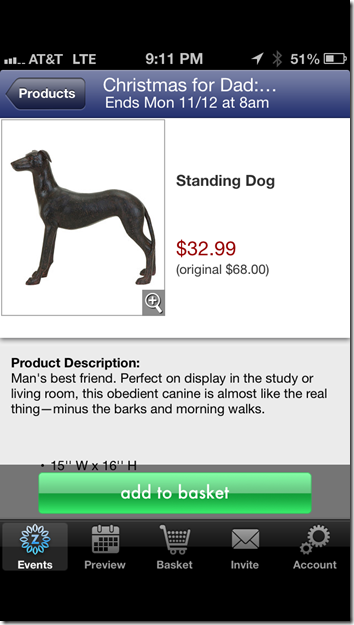 Or perhaps the fake dog from Scrubs. 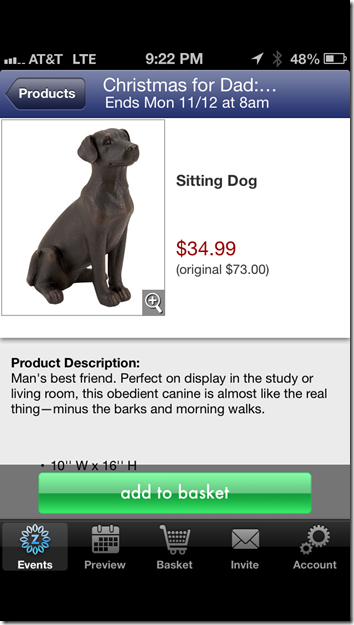 (Who knew that Zulily was the chief supplier of 90’s Sitcom Fake Dogs?)

And, just in case you want to housetrain your fake dog, there are accessories available for such. 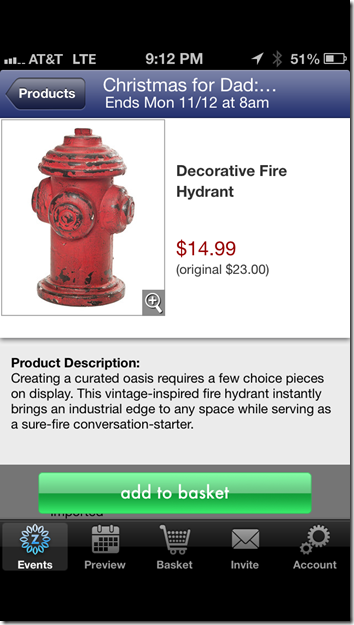 But it wasn’t until I ran across this one that I lost all hope of finding an actual Gift For Dad. 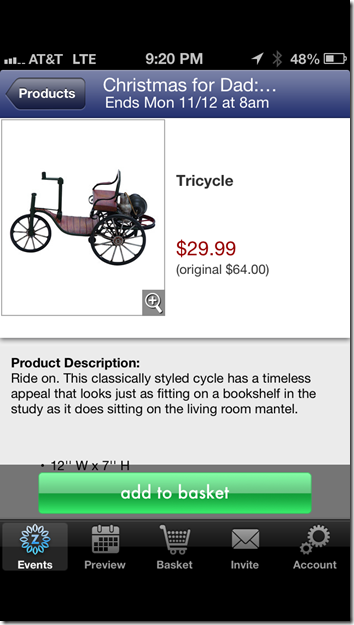 Call me stylistically challenged, but I am simply not feeling the “timeless appeal.”

But lest you think I browse Zulily only to take ridiculous screenshots for you, I do actually buy quite a bit, too.

Like one of my latest purchases for Noah – a set of 8 pairs* of socks, all in adorable prints, and extraordinarily cheap: 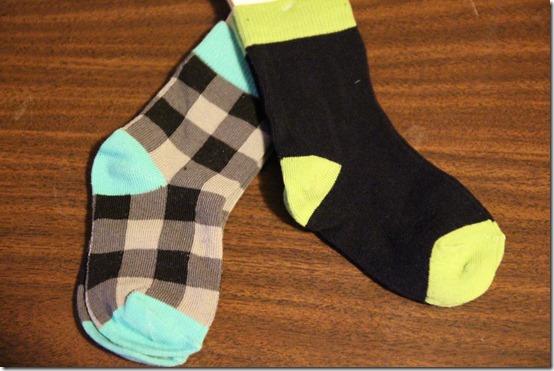 They even came with a sock wash bag, something I’ve needed for at least three decades. 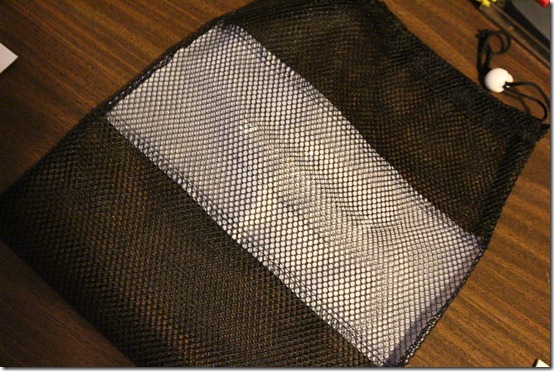 (Now if I can remember to use it.)

I thought it was odd that Zulily didn’t tout the name brand of these socks when they were selling them.  At least I did until they arrived. 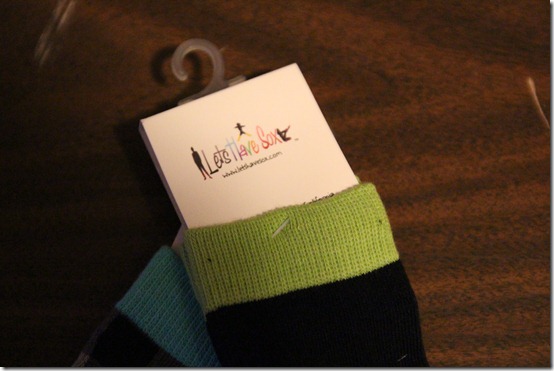 So who exactly was sitting around the boardroom table and excitedly brainstormed up a suggestive name for CHILDREN’S SOCKS?

Did they consult with Jerry Sandusky or something??? 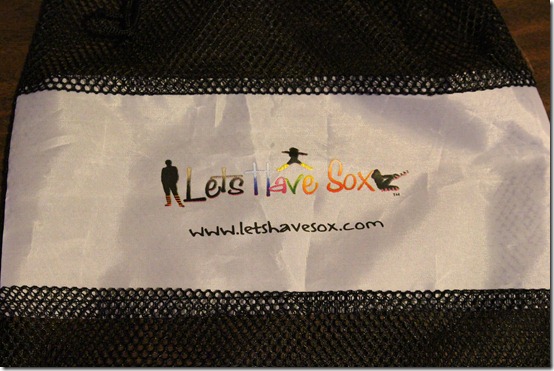 And yet again, we’re right back around to creepy.

(But the socks are cute.)

11 thoughts on “Zulily For The Holidays.”