A couple of weeks ago, Ali informed me of an interesting fact at the breakfast table.

“When Giann babysits me, she makes me go to the bathroom to toot.”

How often IS Ali tooting in front of Giann?

Have we waited too long to teach Ali good manners?

She’s only five…and she never makes a big deal out of it, and it doesn’t even seem like she toots that much.

And they rarely stink…obviously, Giann has a sensitive nose…or an overactive imagination.

Giann must live in one of those houses where no family member toots.  Ever.  (At least to anyone’s knowledge.)  Yet she has a brother?!? How is that even possible?

I didn’t know what to do with this information, but it seemed to be bothering Ali, as she brought it up to me again later that day, and then to Chris that night.  We assured her that it was okay to toot in front of family (with the proper “excuse me” given, of course), but perhaps it was time to quit being so free with oneself in front of others.

She was puzzled, thoughtful, and had a noticeable wrinkle between her brows.  Her gaze was clouded with a new dawning of knowledge.  It was as if, for the first time in her life, she learned that there could be shame in a bodily function.

Her innocence was lost.

Her eyes were opened.

As if she’d bitten the apple and now felt the need to sew fig leaves to cover herself.

But ultimately, I think she’ll live.

Perhaps she’ll act a little more like a lady around strangers, but with a father like she has, I’m sure she’ll never be allowed to completely miss the humor in such actions.

Speaking of her father, he found the perfect babysitting gift for Giann. 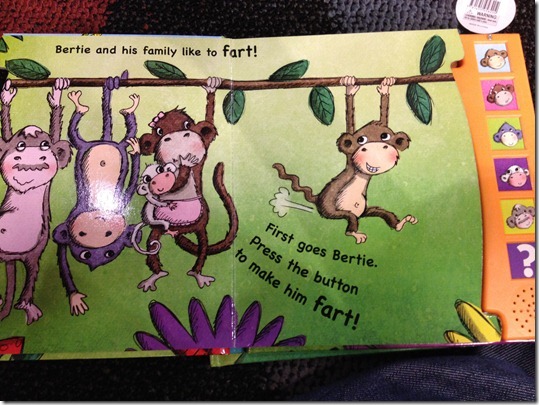 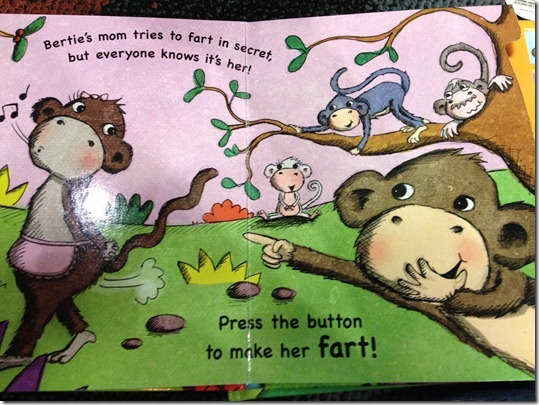 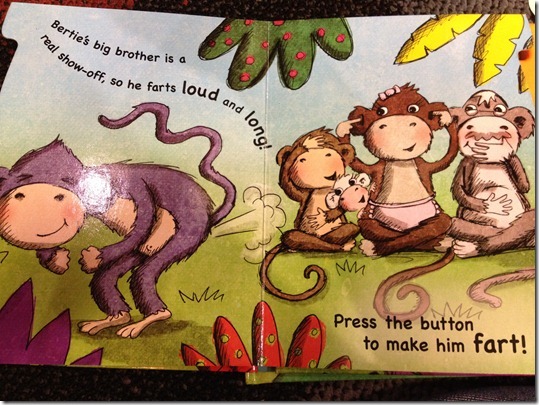 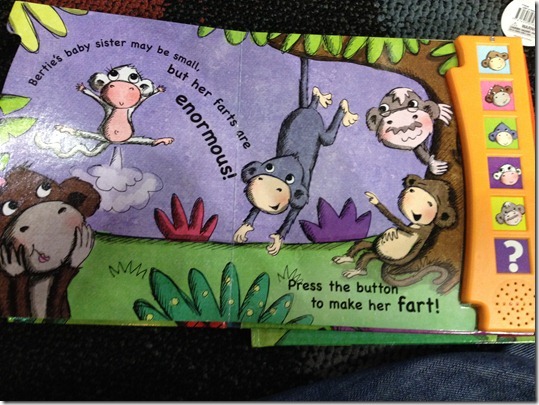 …but I didn’t let him buy it.  After all, I don’t want to lose our awesome babysitter to a horror-induced seizure.