You may have noticed that last week wasn’t exactly my best week ever.

Between The Sister Wife Causing Me Drama, Noah’s Intense and Long-Lasting Illness, Chris and I both have bouts of thinking we were getting the Dread Disease at one time or another, and oh yeah, this: 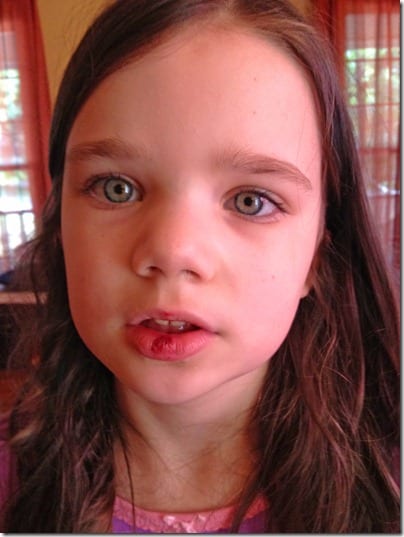 The kid has only injured herself, like, five times.  IN HER LIFE.  And she had to pick last week to slip and bite nearly through her lip?!?

But there were pros, thankfully quite outnumbering the cons (even though it didn’t feel like it when I was taking part in the week.)

(Which is what blogging is for – retroactively appreciating one’s life.)

1. Sunny weather (after the storms, anyway), which allowed for plenty of sprinkler and pool play. 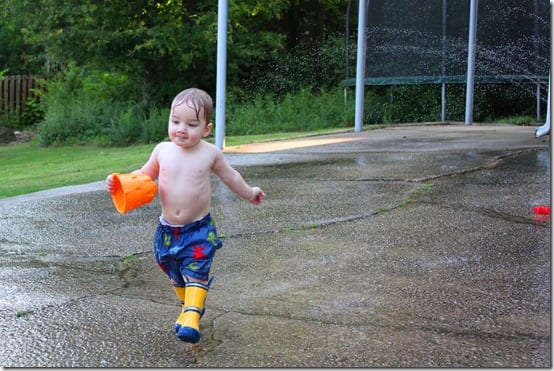 2. An epic Skype conversation between cousins. 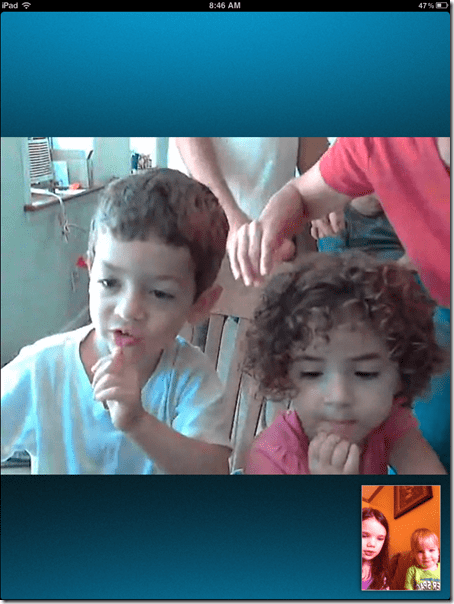 3. Spending a couple of evenings at Railroad Park.

Which included plenty of chase, 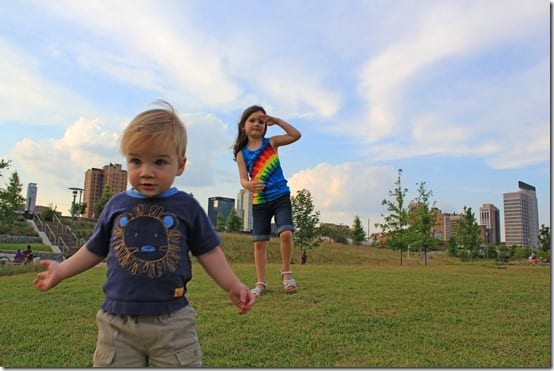 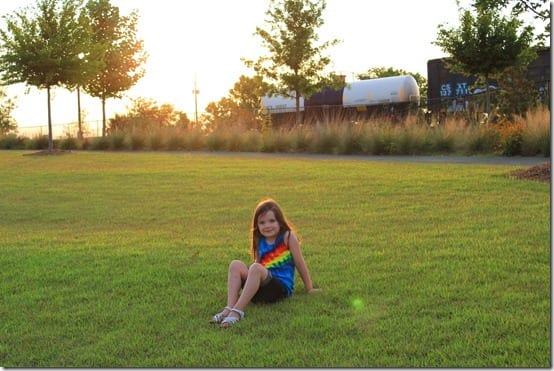 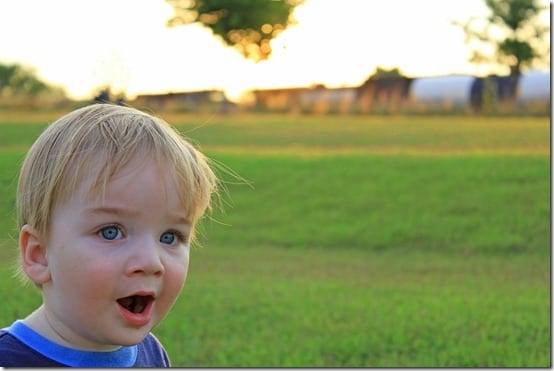 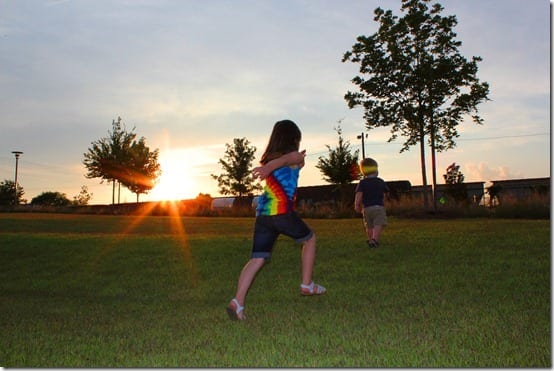 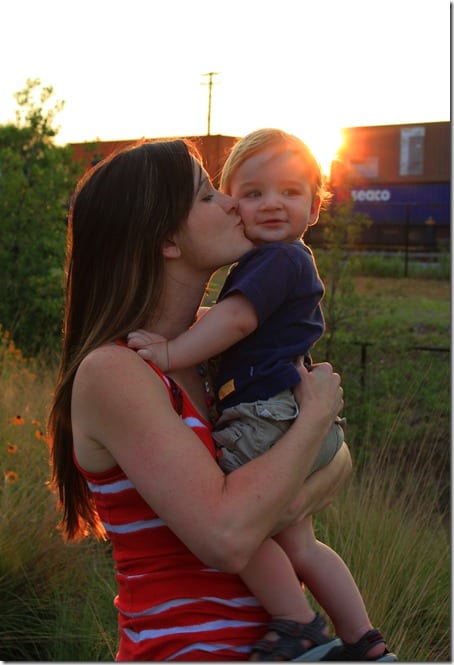 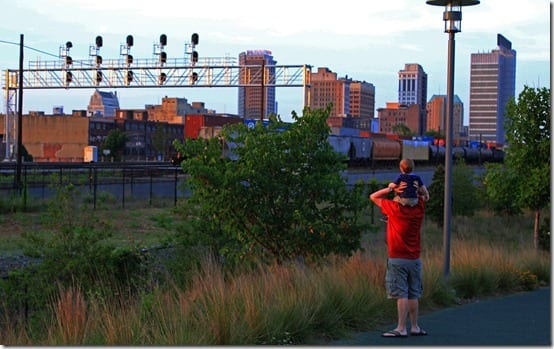 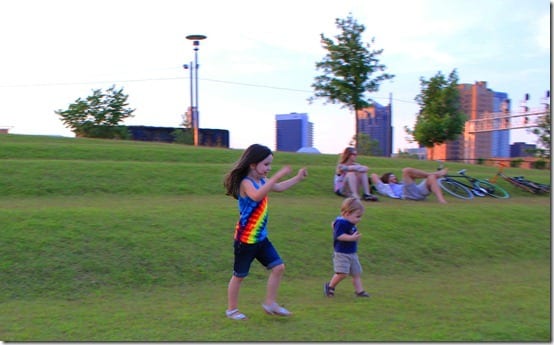 (with the hills taking over at times,) 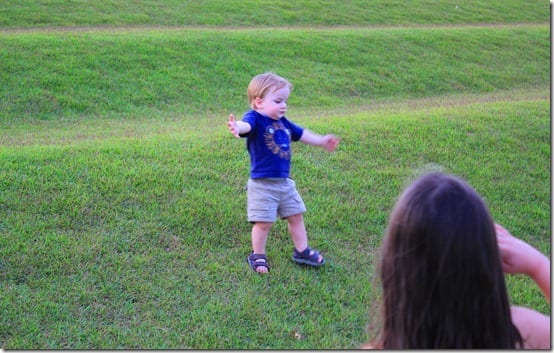 and, in general, enjoying our beautiful city. 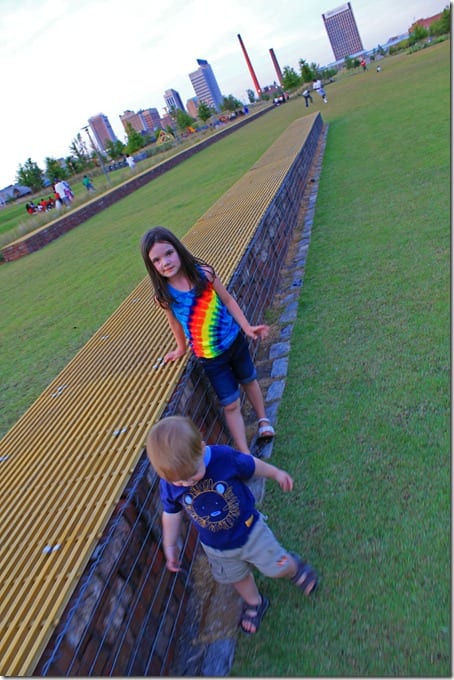 4. Our Yard Bunny population growing exponentially, affording us the opportunity to watch as many as four at once* playing gleefully until twilight. 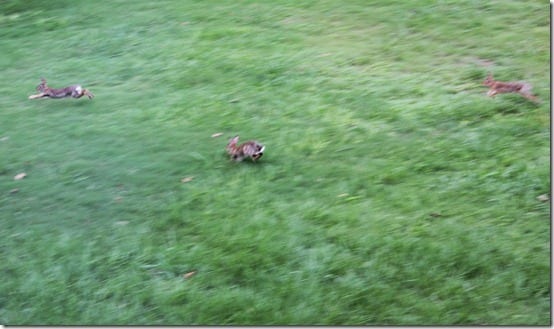 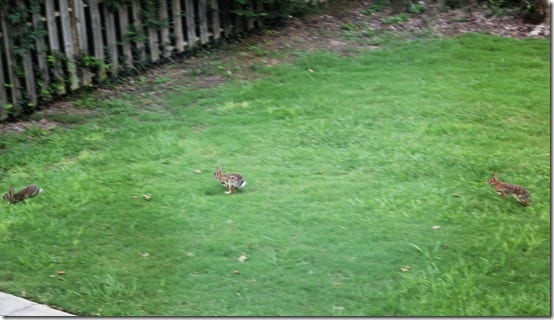 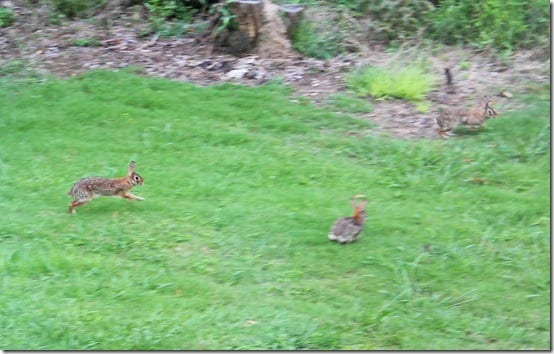 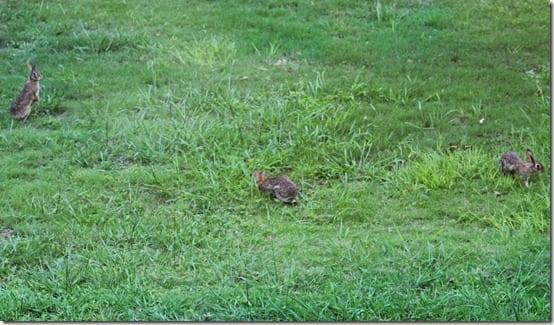 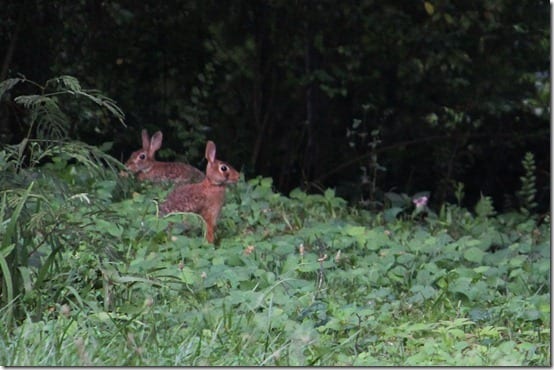 *I only managed to get a picture of up to three at once.  Snapping a shot of one sprinting bunny is hard enough – four would take a Google Satellite.

Due to Noah’s downright obsession with all things cars, Chris created this art series for Noah’s door. 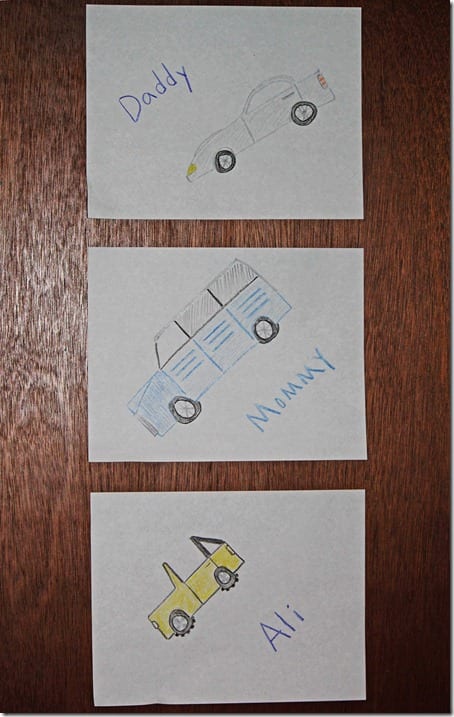 (Ali is convinced that she will have a Yellow Jeep when she’s sixteen.  But only after she has a green car, because Gramamma wants her to have a green car first.)

(I have no idea why Gramamma is making these car decisions so high maintenance and expensive for us.)

Ali drew me this meal, including all of my favorite pizza toppings (Mushrooms, Olives, Cheese, and Pepperoni), dessert (a piece of chocolate cake topped with candy corn), and a milkshake, along with a bottle of chocolate syrup to make it a chocolate milkshake. 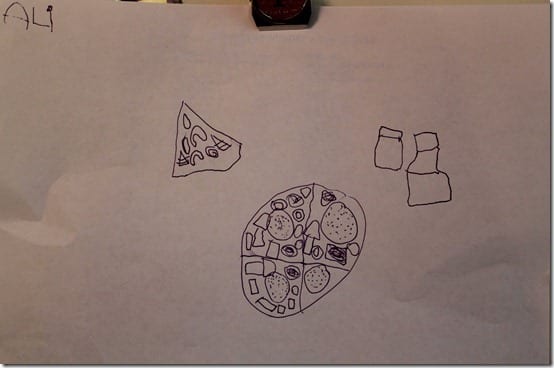 I told Ali to get us a Tea Party set up while I cooked dinner.  For some reason I didn’t notice her 24 trips to the bathroom sink.  When I finished dinner, I found her preparations to be quite…thorough. 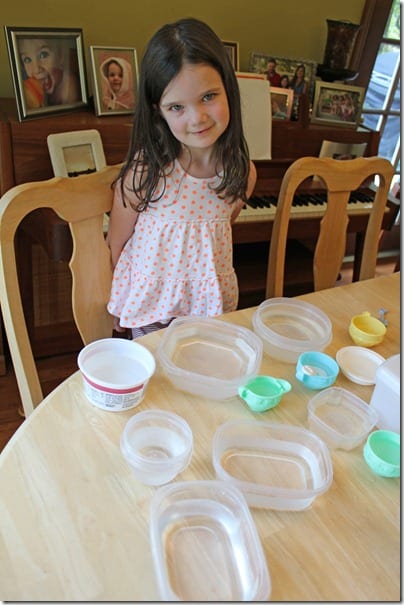 Later, Ali and I were watching Wheel of Fortune, and a girl spun and picked up a playing piece for 1/2 a Kia.

“It’s half of that car on stage.  She has to get the other half to actually win the car.”

“Well, she has to get two playing pieces to win the car, so they’re called halves.”

Ali got really quiet and went and got a piece of paper.  I thought that she’d lost interest in the show and had moved on to coloring.

“I get it now!  I’ll show you.  See how I drew two halves? And then I put them together. And then it is a whole circle!! It takes two halves to make a whole, which is why she has to win both halves of the car before she has a car!!” 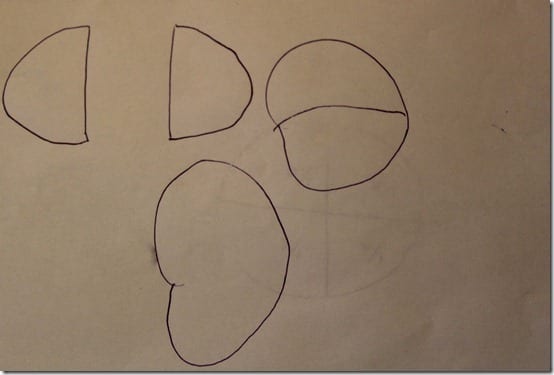 7. Kitty being here to help me.  Thankfully, Chris’ Aunt had already been planning on coming up and staying for a few days, and she took over complete responsibility for Ali so that I could focus completely on my very ill little boy.

And Ali, of course, was thrilled and feeling quite lucky to have Kitty’s full attention.

And I’m pretty sure I’m ready for her to move in permanently.

8. Pirahnaconda and Sharktopus.  Chris had some work he had to do Saturday night, so I was left to my own devices.  I love a good giant snake movie, and Pirahnaconda was just that – except for the good part.

And the next movie, Sharktopus, was even more delightfully awful. 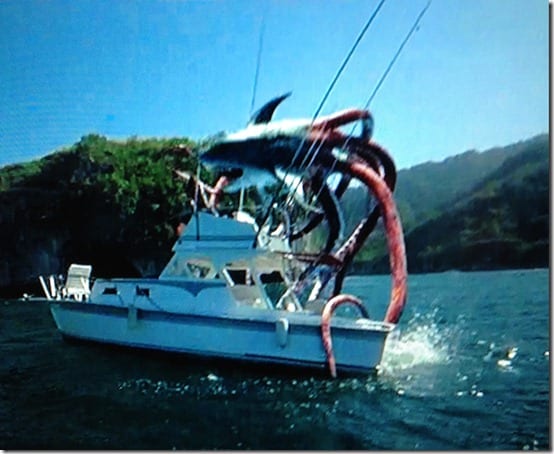 I’m positive that I annoyed at least 80% of my twitter followers by incessantly tweeting through both of these quality films, but some of them decided to play along, which made for a fantastic night.

In summary, the great outdoors, Kitty, Pirahnaconda, and most definitely Sharktopus tipped the scales to make last week completely and absolutely…passable.