Ali, sixteen years old and going through quite the sensitive stage, sits down with a huff.  She reaches into mid-air, and with a flick of her index finger, turns off her Projected-In-Mid-Air Computer (PIMAC), and then glares at me. 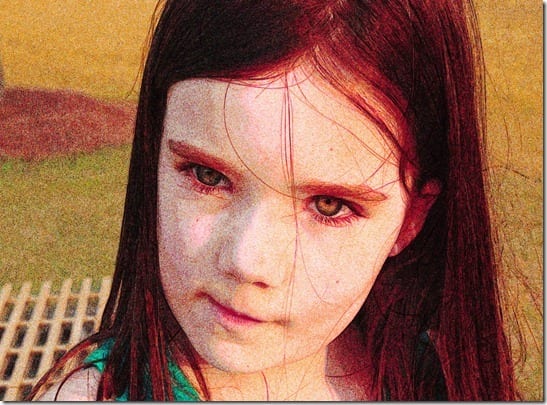 I look up from my automated knitting needles with a questioning look.  The needles keep knitting away.

“So.  I was just reading some of your BLOG that you used to write.  You know, before everyone just had TwitterCams on all the time?”

“Photos?  What are photos?”

“You know – those things that look like videos except that they don’t move?”

“OH – THAT’S what you call those archaic things.  Yeah.  I enjoyed them.  Except for the obvious fact  that you loved Noah WAY more than you loved me.”

She folds her arms and pouts.  Then she tilts her head, thinks that she’d like a Coca-Pepsi (because they will have merged by then), and the AndroidMaid automatically brings one into the room, poured over a dry-ice-looking substance that immediately turns all drinks into smoothies.

(Because that’s what a perfect future looks like – carbonated smoothies.  That are entirely made from vegetables.  But taste like coke.)

“Well.  After I turned five, you basically quit talking about me.  Except for your ridiculously self-important SCHOOL posts.”  (she rolls her eyes, then turns her head slightly toward her slushy drink.  A perfectly sized sip jumps up into her mouth.)  “How unnecessary – now all the information we need is just automatically dumped into our brains from our GoogleSchool Connection.  It’s a shame that you wasted all that time.  ANYWAY.  You quit talking about me, but you just gushed on and on about HIM.  You even let him “guest post” for you!!  Those posts were particularly inane.”

“Well, honey, there may have been a reason for that.  Don’t you think?”

“No.  Perhaps you wouldn’t want all your stories told.  I mean, it’s cute to talk about poop and other embarrassing things that toddlers say and do (like the time when you were two and kept loudly asking questions about my “bumps” at the restaurant), but at some point, I figured you deserved your privacy.”

“What?? No.  You should have talked about us both the same amount.  It’s only fair.”

“I’ll give you an example.  You know that embarrassing story we like to tell about you?  The one about you sticking your hand in my face and excitingly telling me to smell it?”

(She rolls her eyes.)

“Yes, yes, yes.  You smelled my hand, almost gagged, and asked me what I had on it.  Then I told you, ‘I’ve had my hand down my pants!!’, and you said, ‘I knew that smell was rear end.’  I’ve heard that story at every holiday every year, including Christmas, Thanksgiving, and Dependence Day.”

(Because you know, we’ll probably celebrate a Dependence Day by then.  How else are we going to pay China back??)

“Yes.  That story happened when you were five.  It’s embarrassing enough for the family to hear it.  Would you have really wanted me to put that on the internet for the world to read?”

Her inner-cranial phone rings.  It’s Ethan.  So that I can’t pick up the signal of their conversation with my Mother-Override-System (MOS), she stomps over to her hoverboard and zooms off, her slushy drink obediently trailing behind her.

I sit back and sigh, think “GoogleHelp”, and download another ‘Parenting Teenagers’ book into my brain.

15 thoughts on “One Day I’ll Have to Explain Myself.”