We live in a metropolitan area with over one million other people.

And yet, somehow, Ali and her inseparably best-friend-since-birth, AJ, have always looked oddly similar. 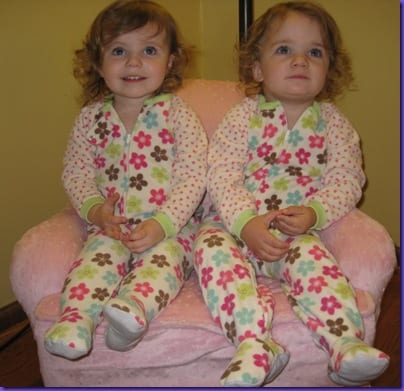 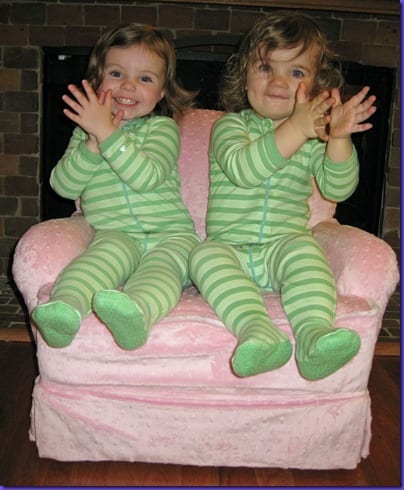 Over the past couple of years, I thought that they had grown out of their identical phase – Ashley (AJ’s Mom) and I get significantly less “Are they twins?” questions when we’re out together, and their hair and height became very different.

Even when they match, they were still different. 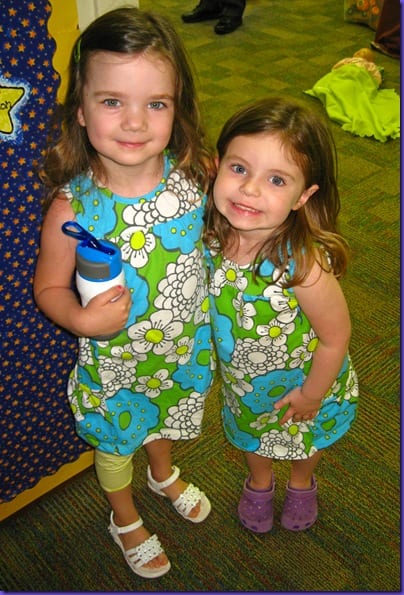 Even when they’re both princesses, still different. 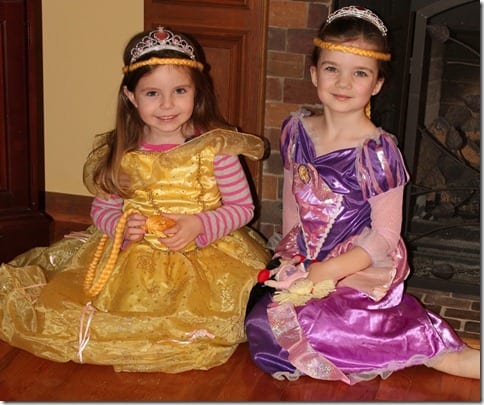 But yet, still oddly similar, especially after Ali’s hair cut and straightening. 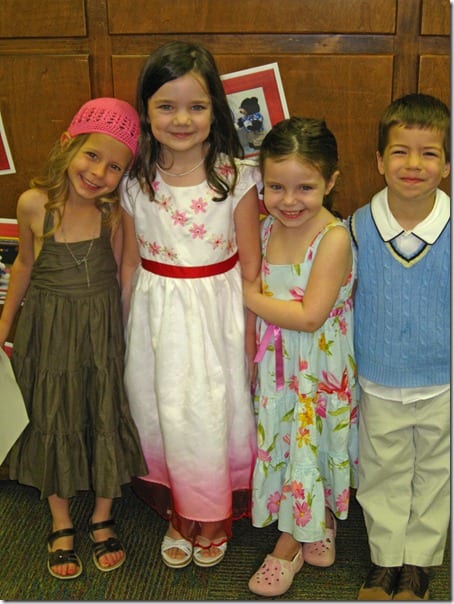 Ali and AJ in the middle, their friends Averi and Joshua on each side.

A lot of the kids (and even adults) at church regularly get them mixed up, but I always assumed that it was because they were both there, all the time, for side-by-side comparison.

Chris and I took Ali and Noah to a local public park last Friday night. Chris was chasing Noah around and I was helping Ali climb up a tower.

A little girl at the top of the tower looked down at Ali and said,

Ali looked up at her puzzled, and said, “No?”

Then she said, “Oh. For a minute, I thought you were my friend AJ.”

Sure enough, we were talking about the same AJ.

Did I mention that we live in a city with over one million people?

And yet, a complete stranger in completely unconnected surroundings can mistake Ali … for her best friend??

My head is still spinning.

And I’m thinking that Ashley and I need to do a genealogical study together.

15 thoughts on “A Serendipitous Friendship.”