The veil is the top of the 41 floor, 700 foot tall Symphony Center building in midtown Atlanta. He just modeled & detailed the top portion of it, which was very unconventional and was extraordinarily intricate and difficult. The veil, according to him, is “a pair of 6-story 3D space trusses with radiused outer chords that support the extended glass curtainwall”. 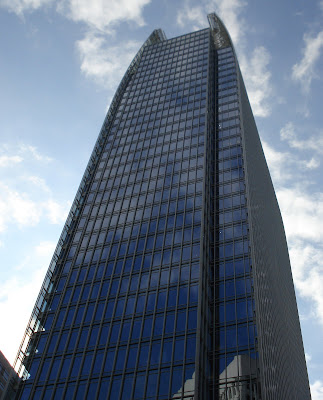 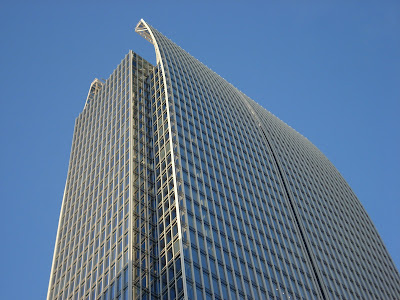 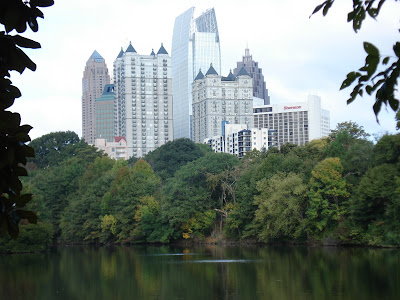 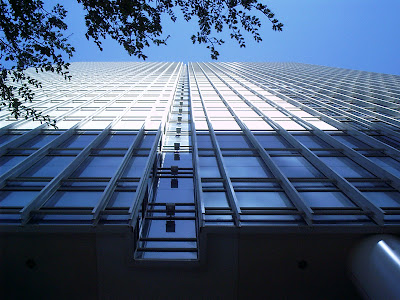 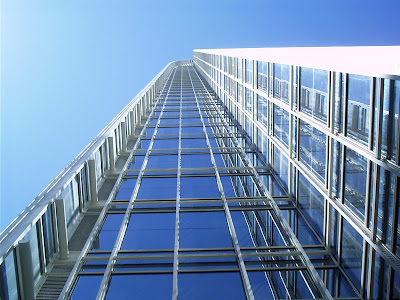 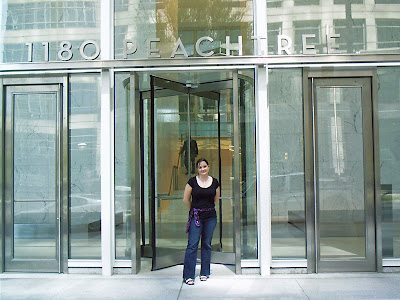 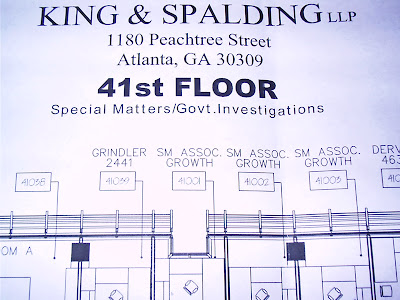 We open the door, look left, look right, and try to find the stairwell. Easy enough. The stairwell has an extra flight up to the roof. The door opens, and out we step into the breeze, over 600 feet off the street.

Oh yeah, it totally locked behind us.

However, off to the left, we see a 2 Hispanic construction workers eating lunch on the roof, so we assume that they can point us in the right direction when we’re ready to leave. We set off to enjoy our sought after adventure. 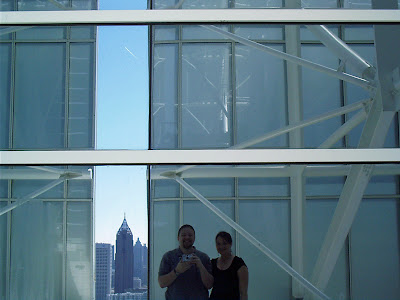 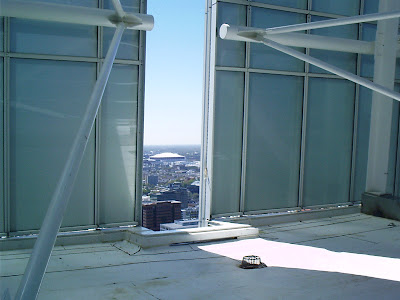 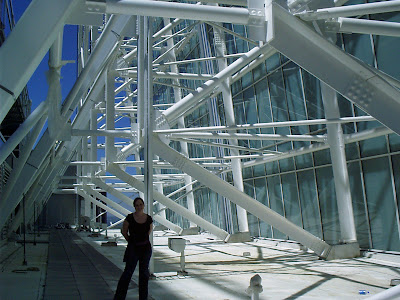 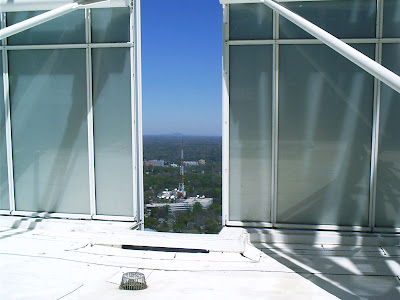 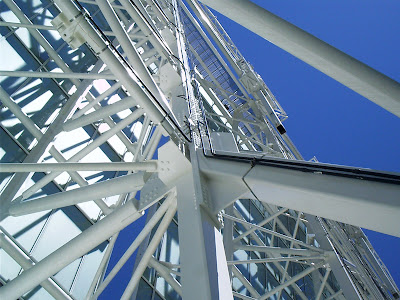 So we spent a good 20 minutes on the roof, while the workers ate their lunch and paid us no attention.

Much to the amusement of the workers, I took off my shoes and dropped them to the bottom of the stairwell, and started down.

About a month later, we found out that we were pregnant with Ali…after 2 years of trying.

4 thoughts on “In Which We Had a Jack Bauer-Like Adventure.”