The next month at our house will be an onslaught of complete and total overwhelming piles of toys and such being bestowed upon my children.

They will get more stuff than they possibly need for the year – and they won’t realize it, but I’ll put up about half of it for months down the road.

In all of the “getting”, I don’t want them to miss out on two very important things: the true gift of Jesus, and the joy of giving to others.

(Well, Ali anyway.  Noah doesn’t so much get any of that yet.)

As you may have read, Build-A-Bear has given me the privilege of working with them on two recent projects to give back to others.  One of our gifts ended up with a cancer patient who, unbeknownst to us at the time, loved and collected teddy bears.  The others went to tornado survivors as Christmas Gifts.

We decided to make our bears to send to orphans in the Dominican Republic.  Two of our Church’s missionaries are here for the holidays, and they said that they would be glad to take the bears back when they go.

Ali picked out the bears – she decided that one for a boy and one for a girl was what we needed to make. 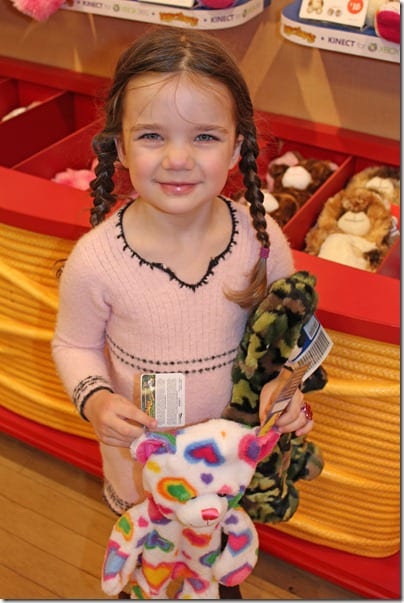 She warmed their hearts in her hands while the bears went through the stuffing process, 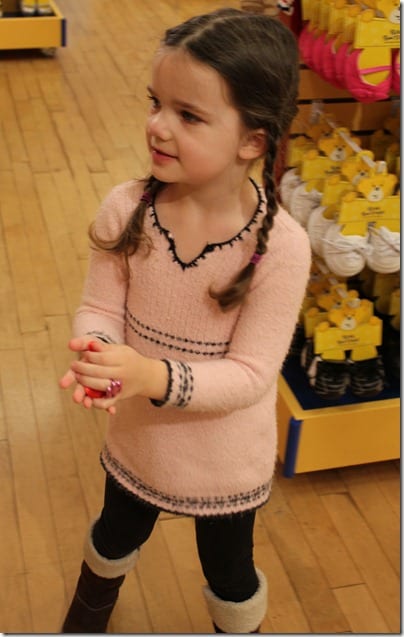 And then thought long and hard about what their names should be. 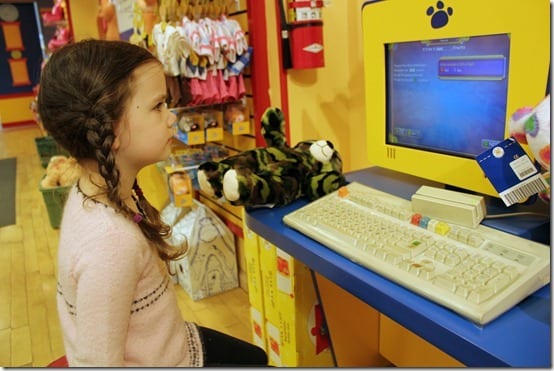 And let me tell you, “Lovey Bear” and “Camo Bear” really appreciate all of that deep thinking she did for the sake of their oh-so-creative identities.

We’ll be delivering the bears to our missionaries to take back with them, and hopefully there will be a couple of very happy children in the DR in a few weeks.

If you would like to join us and Build-A-Bear in giving back to someone in your world that you know would be cheered up by a furry friend, leave a comment and tell me how you would bless someone else if you won.  It can be anyone – just someone that you know a bear would put a smile on their face.

There will be two winners selected randomly – one will receive $20 and the other will receive $30 in gift cards to be used online or in-store.

This opportunity closes on Monday, December 19th, and the winners will be announced on my giveaway winner’s page on Tuesday, December 20th.

Good luck, and thank you for giving back this holiday season!

Disclosure: I was not compensated in any way to write this post.  My opinions are always my own.

11 thoughts on “A Giveaway to Give Back”