This photograph describes my daughter in a way that words cannot. 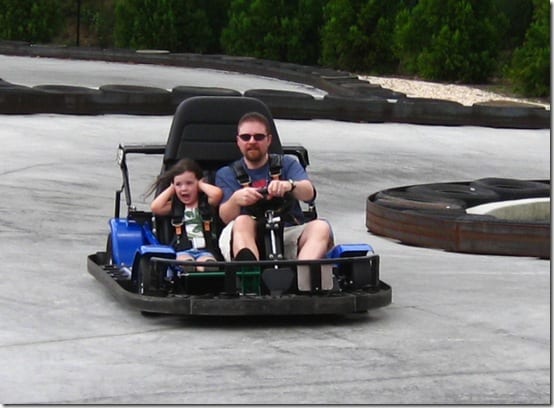 This is The Essence of Ali.

There’s a certain gene of cautiousness that runs deep in Chris and his family, and Ali got every last drop of it. Origami would be a risk in her book, what with the potential for paper cuts and all.

A thrilling activity in her mind is lining up, in rainbow order, all of the contents of a board game… 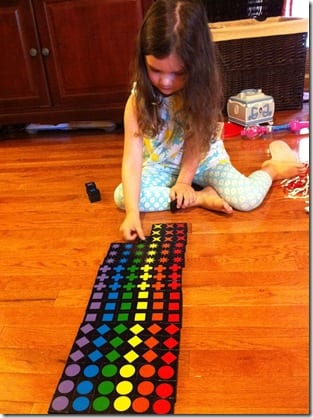 And the most adventurous of outing would be aiding in the building of a giant Lego Buzz Lightyear. 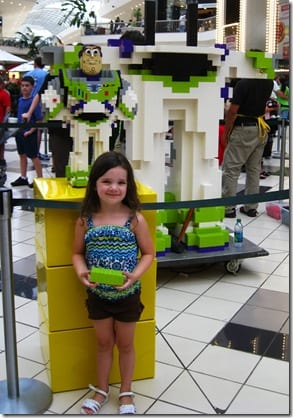 Anything more risky than that – well, that would be just downright foolhardy, wouldn’t it?

…which might explain the gap in our parental training called…bike riding.

We bought her a bike for her birthday in January, and have let her ride it around the house, but never got around to taking her and her bike…um, outside.

Granted, we had other things going on around then, like, say, a brand new baby, but still – there is no excuse for not giving your child the chance to ride her bike.

Finally, we realized that we would be sealing our fate is the world’s worst parents if we allowed her to make it to her next birthday without ever taking her bike out of doors.

Since we live in a mountainous neighborhood, we packed up her bike and took her to the local destination of bike-riding families, a flat-surfaced Church parking lot.

We saddled her up, applied her helmet, and started helping her learn the laborious process of pedaling. 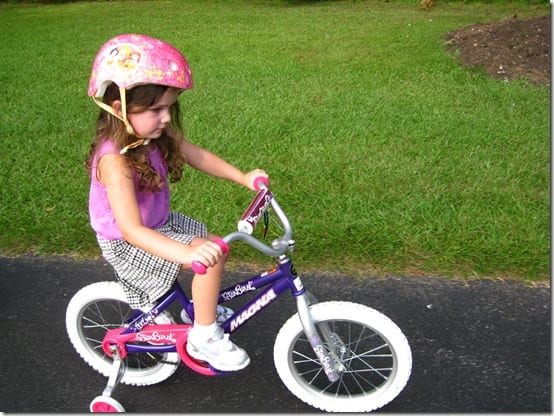 We felt the heat of the other parent’s judging eyes…shouldn’t that kid already know how to ride a bike?

Why yes, yes she should.

Our guilt was only grinded into our open, bleeding wounds when a two year old zipped by us, speeding around the parking lot and careening around corners with ease and precision – and with no training wheels.

Yes, yes. We are the monkey brains of food, the bottom feeders of the ocean, the catheter commercials of television, the spam of the internet.

Ali, however, didn’t notice our obvious lateness in training.

She was actually busy – and quite intent on – learning how to ride a bike. 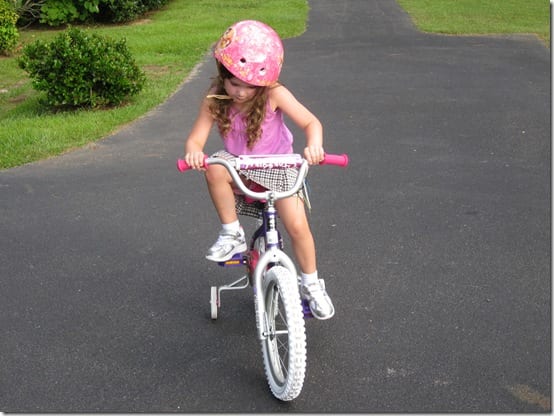 Wait a minute… you’re actually willing to do this?? And enjoying it??

You do realize there are risks involved, right?

But she was determined. The coordination of pedaling took some work, and the steering WHILE coordinatingly pedaling took even longer. There were many off-road journeys involved, but luckily, her trusty trainer helped her avoid disaster. 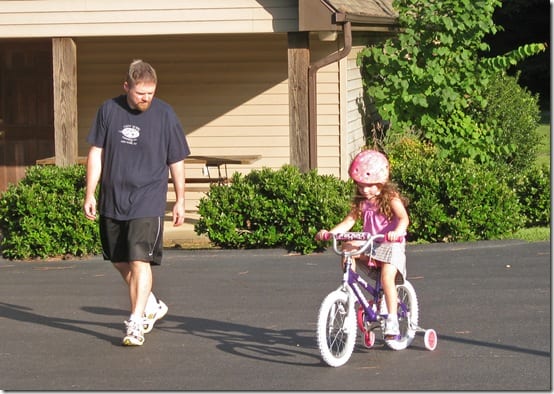 …and her number one fan cheered her on, all while dodging the nearly certain disaster of being run over by flimsy training wheels. 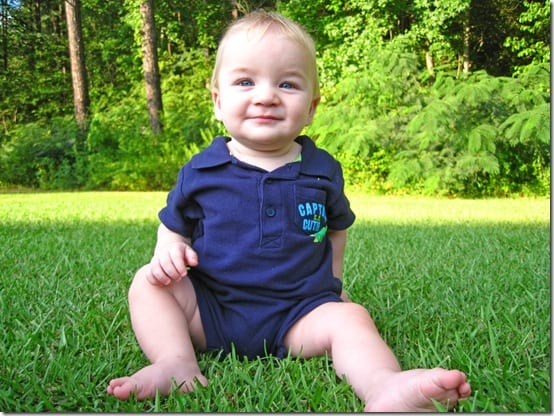 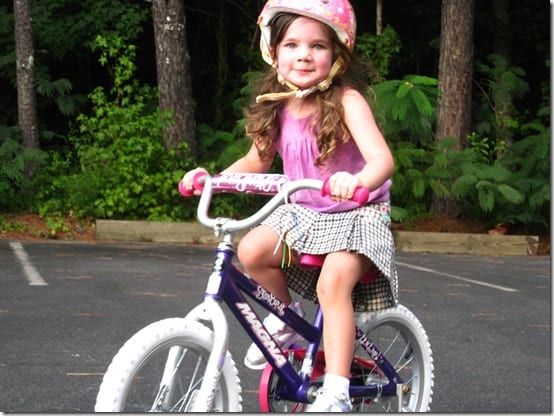 We were feeling a little less shamed by the “normal” parents in the parking lot, and were about to call it a night and ride home on a cloud of victory…

…which is right when she chose to crash.

And crash she did. The bike landed on her knee and thigh, and all of her cautious-I-knew-better-than-to-try-this attitude exploded out of every pore as she panicked and forever labeled her bike an Item of Certain Death.

Chris told her the most important rule of bike-riding: you have to get back on after you crash.

She looked at him, tears still streaming, as if he had just told her to jump off the roof. Or make origami.

I took her aside and we took a break, doing something a bit more along her lines of acceptable risk: we made fairies out of fern leaves.

Finally, the screaming, snuffling, and whimpering subsided, and somehow, miraculously, I convinced her to climb aboard and finish her ride.

She pedaled slower and more gingerly than I knew was possible, but she made it to the car… with only a slight hatred resentment towards us for making her finish. 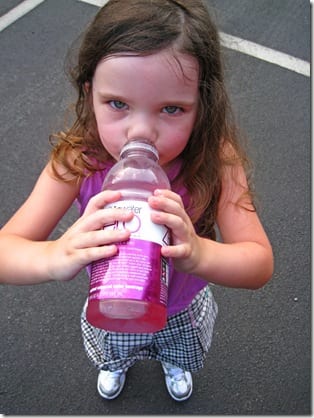 She may finally know how to ride a bike, but on the inside, with each cautious push of the foot, she’s really still doing this: