I distinctly remember a feeling from when I was a kid that I am now knowingly repeating in my daughter.

I remember having assumptions about the world – assumptions that my parents had definitely (at least in my mind) confirmed for me at some point, either by emission or commission.

And then, one day, they’d tell me that’s not how the world works.  And then I would have to completely rebuild my ideas about the world.

Now that I’m a parent, I totally understand the concept of letting your kid believe something – because sometimes, it’s easier than the truth. 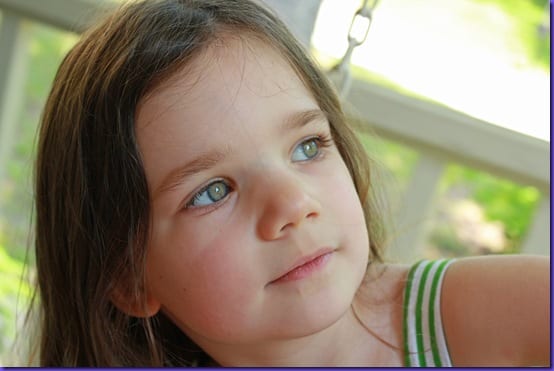 The mind of a four year old is a fascinating place, because they’re old enough to apply the scientific method and draw conclusions, but way too young for those conclusions to have even the tiniest amount of accuracy.

Sometimes, it really is best to correct those assumptions as soon as possible to avoid later disappointment.

We drove up to Target the other day.  Ali wanted one of the special carts – the ones with the seats on them.  She calls them “gymnastics buggies” because of my long-standing parental irresponsibility of letting her swing on them, jump off of them, and balance between the two seats.

However, those carts aren’t great for babies, so I explained, “We can’t get a gymnastics buggy right now, because I don’t have anywhere to put Noah.  He’s not old enough to sit on the seats yet.”

“Oh.  Well, when Noah goes back to his family, can we get Gymnastics Buggies again?”

“Six months and you still thought Noah was going to go home eventually?”

“Well, he’s going to get married and go live with his family, right?”

“Yes, but probably not until after you do.”

Sometimes, those assumptions are harmless and cute, so why not leave them alone?

Ali is convinced that life is made up of two paths: the white path and the red path. 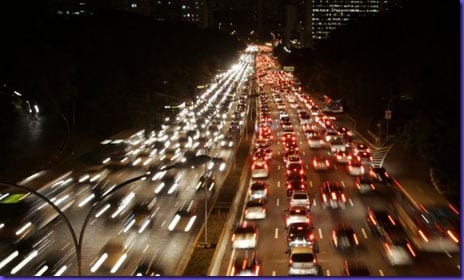 The cool, adventurous people travel on the white path.

But her Mommy – her Mommy ALWAYS drives on the red path.  And, therefore, is the most uncreative, un-fun Mom in the entire world.

“But Mommy, WHY can’t we go on the other side and drive on the white path??  Why do we ALWAYS have to be on the red path??!!”

And then there are other assumptions.  Assumptions so dangerous that you cannot possibly discern which is worse: the assumption itself, or sharing the truth.

In a completely logical manner. Ali has decided that size is directly correlated to age.

It’s great and wonderful when kids are involved, but notsomuch when applied to adults.

ESPECIALLY since Ali is also very curious about how old everyone is.

We’re in a public place, and Ali sees an exceptionally large person.

Her eyes get wide.  She begins to stare at them.

Then she points dramatically.

I talk in a whisper, hoping that my tone will rub off on her…

“Well, Mammaw is 84 – she’s probably the oldest person you know.”

But I can’t bring myself to deal with it.  After all, if I had my rathers, I’d go with being called old every single time.

But one day, she will find out how the world really works, and she’ll have to rebuild her ideas about the world.

15 thoughts on “The Misconceptions of Childhood.”