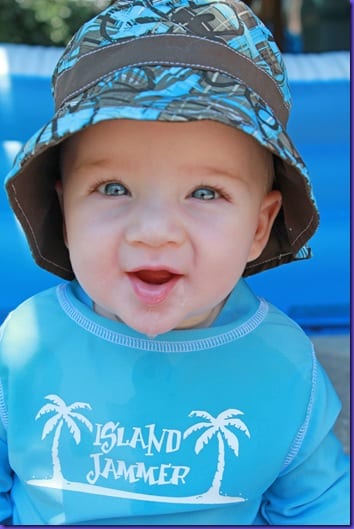 So The Servant Who Calls Herself Mommy took some, what she called, “Stinkin’ Adorable” pictures of me last weekend, so she asked me if I could come up with a blog post to go along with them.

(You know, so it didn’t look like she was just filling up her blog with stinkin’ adorable pictures of me.)

(I personally don’t see what’s so wrong with that, but whatever.)

So I thought about it really hard… 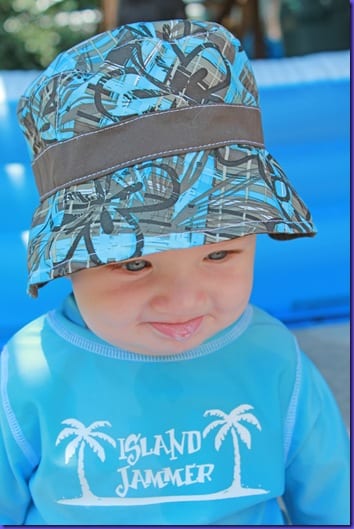 Which, apparently, making so much food causes other side effects…

…side effects that made The Servants buy this weird test Friday night – I don’t know what it was for, but they made me hold it because they said it’d be “ironic”. 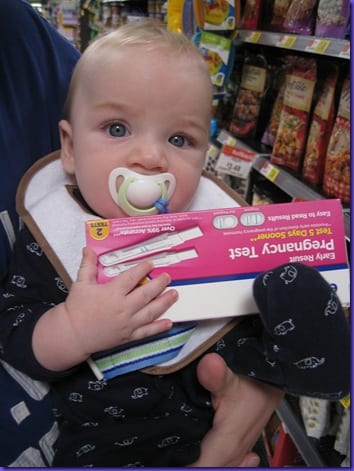 The Servant Who Calls Herself Mommy failed the test, but seemed oddly relieved about it.

And here I thought she was an overachiever.

But besides that, I also wanted to tell you about the event that precipitated the stinkin’ adorable photos.

(What?!? Precipitated is totally not too big of a word for a five month old.  I am a man of high vocabulary, after all.  Yeesh.)

So. Saturday was weird. 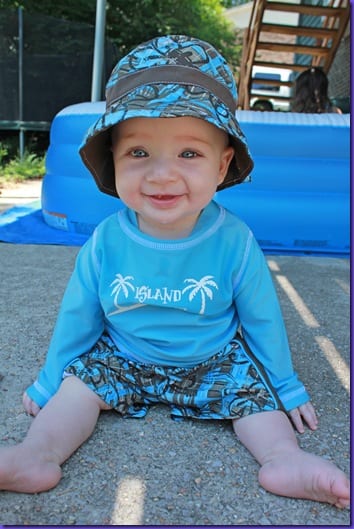 Put me in the weirdest and most chafing undergarment… 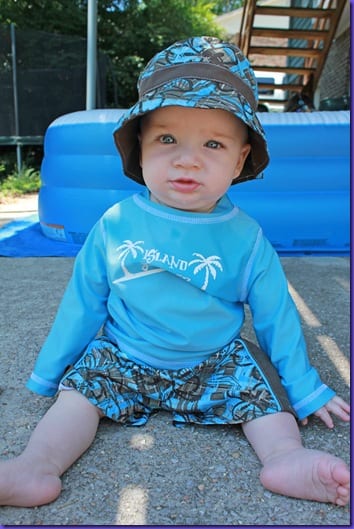 And then she stuck me in the biggest, coldest bathtub I’ve ever seen.  It hurts just to think about it. 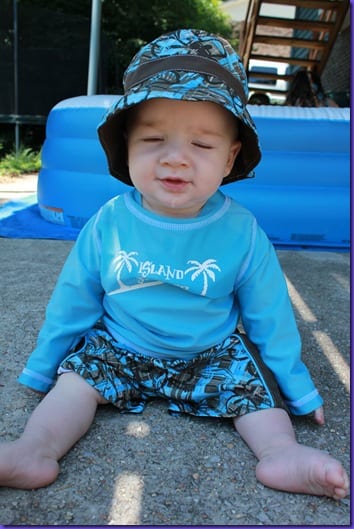 At first, I was pretty ticked because The Sister was getting to play in the big bathtub while The Servant just made me sit there and be photographed. 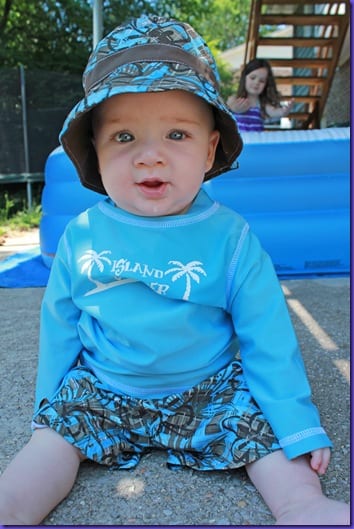 She was so dang happy about it, too. 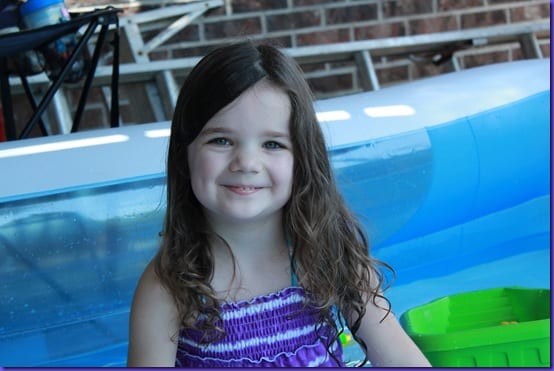 But once I got in and saw that the big bathtub gave me Old Man Feet, 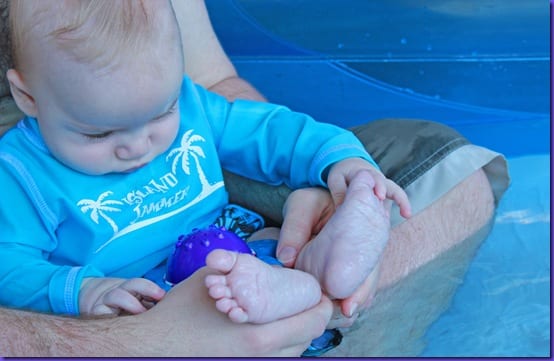 I was ready to go back to just being pretty for my pictures. 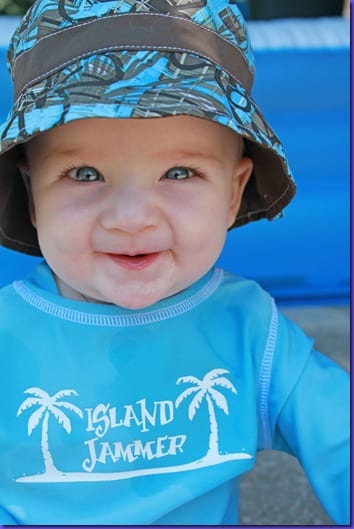 So to get myself out of the ridiculously cold bathtub, I used my secret weapon.  I’d actually been saving it for six days for such a need, and what better place to unload it than in a bizarre, unabsorbant undergarment? 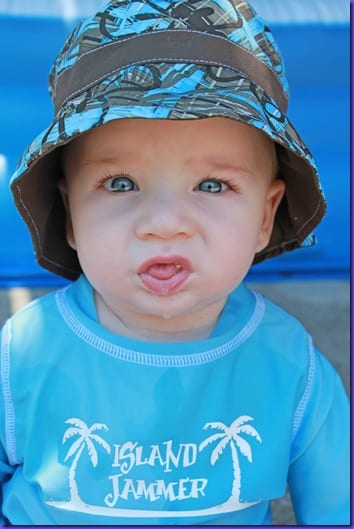 Ah, yes, I felt much better after that. 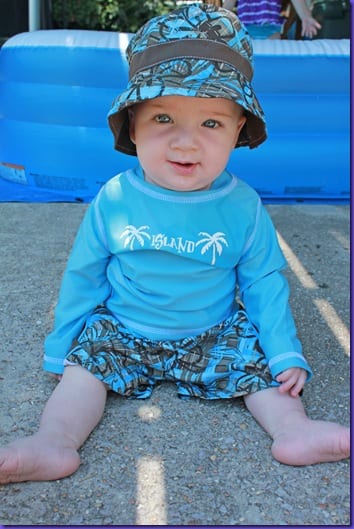 In fact, it was downright enjoyable to watch The Servants scramble around and hold me at arm’s length as my pooey mess dripped from beneath my swimsuit. 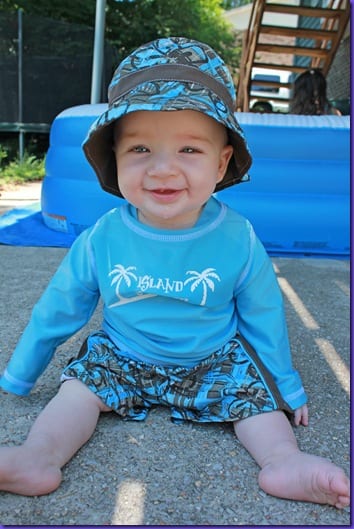 (Yes, I might be just a wee bit sadistic with my poo timing.) 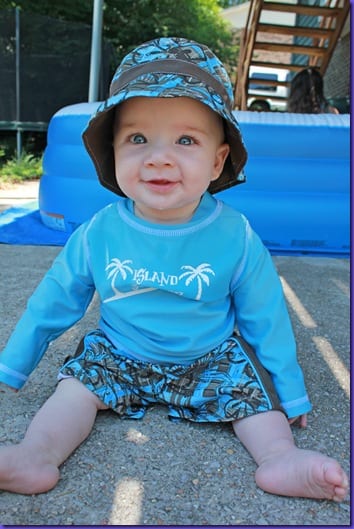 But I don’t worry too much about them getting mad, because I know how stinkin’ adorable I TOTALLY am. 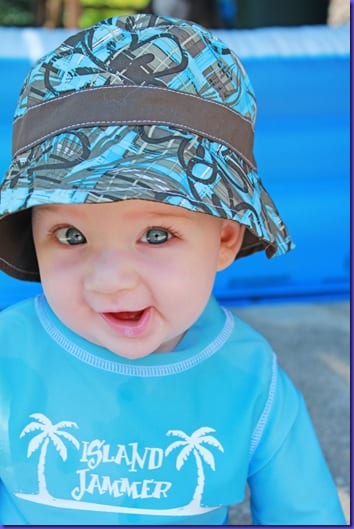 31 thoughts on “Dropping Off the Kids at the Pool.”