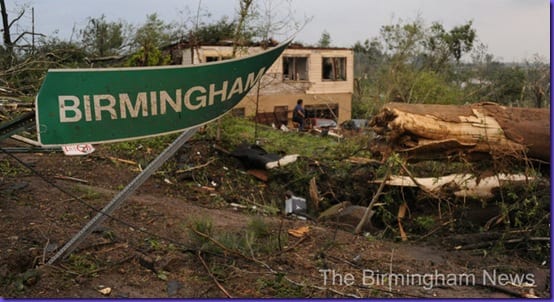 First of all, thank you SO MUCH for all of your thoughts and prayers last night.  We had no power, no television, no phone service on our home phone or cell phones, but we could get spotty Twitter, Facebook, and email on our phones, and it was really wonderful to be able to focus my nervous energy into reading your sweet comments, emails, and tweets while we waited.

We spent about three hours in the basement last night, and those three hours ranked in the top 3 most intense times in my life.

God was graceful, though, and Ali seemed completely oblivious to mine and Chris’ nervousness and horrified reactions to the news we were hearing on the radio.  I’m not sure how, because she usually picks up on every emotion and intonation, but she was able to happily eat, play, and read while we paced, listened, and prayed.

Although we had no further damage last night, I am beyond heartbroken by what has happened to Birmingham, Tuscaloosa, Cullman, and to other cities in and around Alabama.

Here are the three major tornado touchdowns that hit our state yesterday (out of over 160 total tornadoes yesterday):

The Cullman tornado was the first large hit that our state took: 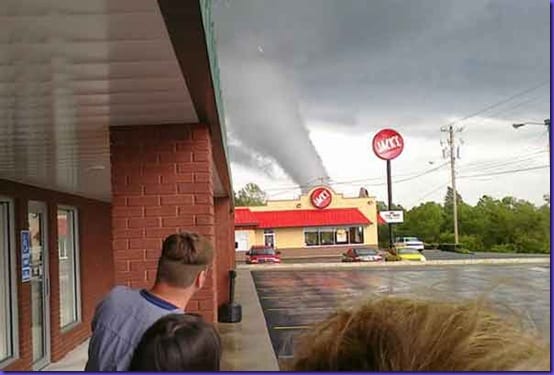 Soon after, an even larger tornado decimated parts of Tuscaloosa: 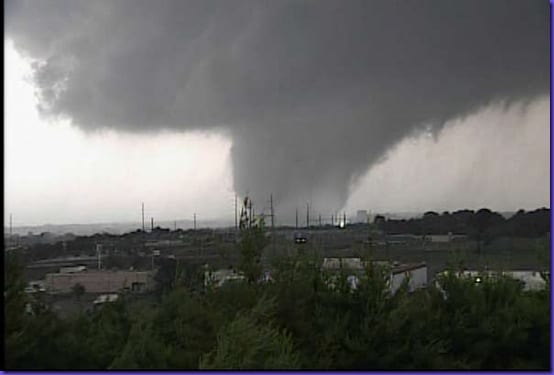 The debris that was picked up in Tuscaloosa fell out of the skies for over 100 miles.

Yet the Tuscaloosa tornado grew in size and nastiness and traveled over 50 miles to hit Birmingham: 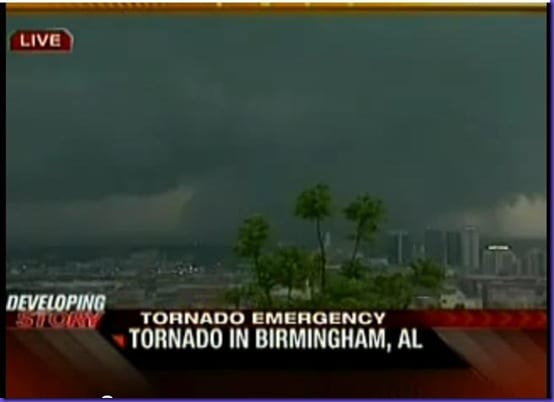 If you know our downtown area and skyline, you can imagine how gigantic that storm was.

If you have caught any news, I’m sure you’ve seen some of these photos, but the damage is nightmarish… 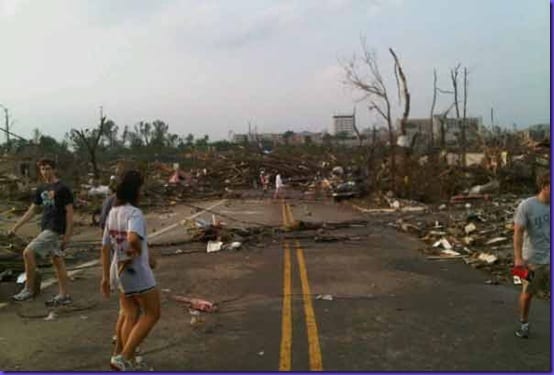 Concord, outside of Birmingham: 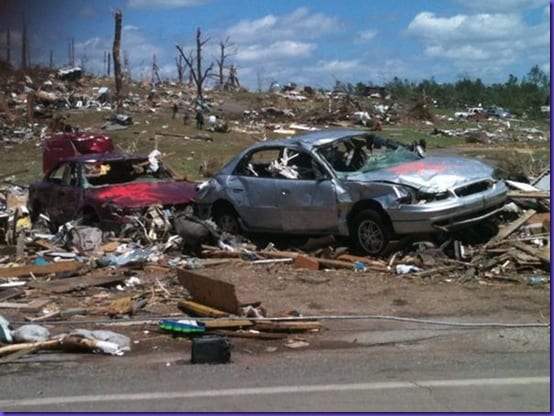 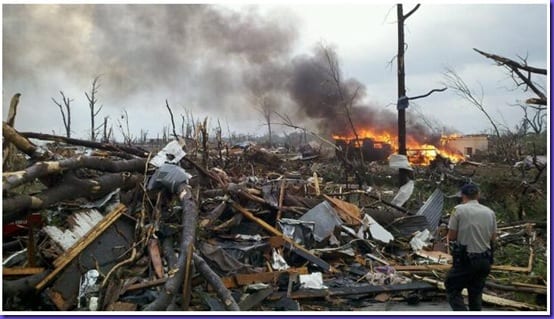 Photos from around Birmingham: 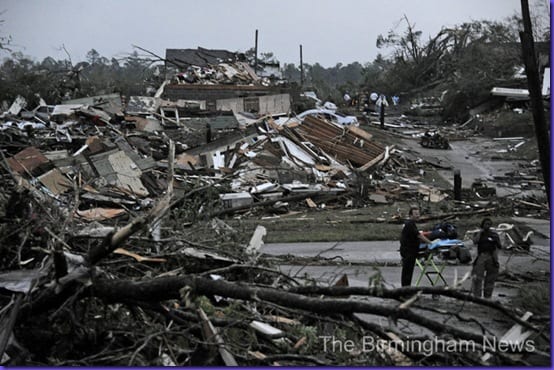 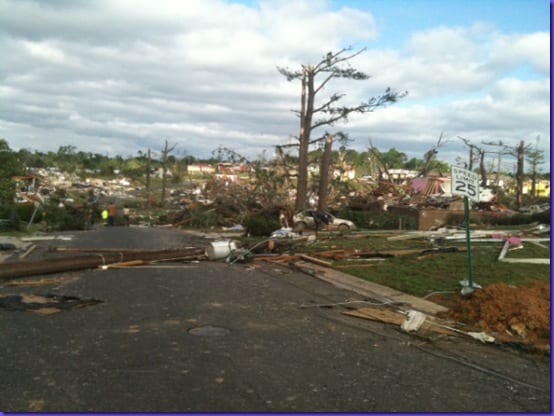 There have been so many times in the past 24 hours that I’ve gotten choked up about the intense pain being felt in our city.

This morning on Twitter, someone posted a birth announcement photo of their beautiful newborn baby that was missing and they were searching desperately for.

That could have been Noah.

Others are trying to find their children, begging people to let them know of any news about them.

That could have been Ali.

It’s so close, so real, and so painful.

Although I was glad that Ali was oblivious last night during the unknown, this morning I wanted her to understand and desire to help those that are hurting.

We packed a bunch of clothes, toiletries, bottles, formula, and other items and took them to a Lora Lynn, a blog friend who was collecting for three families that lost everything, including one of the families’ Fathers.

Ali and I talked about them, prayed for them, and hopefully helped them.

Later, we were watching the news (we got our power back today around lunchtime), and Ali was listening to an interview with one of the tornado victims.  After she finished talking, Ali asked..

It took me a minute to choke back tears before I could answer her.

And then, with a loving and trusting voice, she said,

“If you were sucked up in the tornado with me, I wouldn’t be scared.”

And thank God for your children’s safety today.

42 thoughts on “The Aftermath.”