Waiting for teeth to come in can sometimes feel like waiting to go into labor.

Not that I look FORWARD to my babies getting teeth.

But it’s hard not to read into every new baby development and think “that’s GOTTA be due to teeth.”

(Unlike labor, though – there’s nothing to do but WAIT for teeth.  You’re not going to accidentally land yourself in the hospital to lie awake ALL NIGHT LONG due to your incorrect assumptions.)

With Ali, since she was such a ridiculously fussy baby, I kept hoping that a tooth would poke through at any moment and take away her rotten attitude towards life.

I spent nine months waiting for that tooth to come through.

(And then, of course, nineteen more teeth followed. and I wondered why in the world I wanted that process to start.)

With Noah, it’s not fussing that makes me think he’s teething (glory hallelujah!!)…It’s other stuff.

Like… the startlingly horrific smell, consistency, and leakishness of his diapers…

(Although that could be due to his maleness…)

(And that could be due to the absurdly large quantities of broccoli I’ve been eating lately….)

And…the fact that in a matter of mere days, he has gone from being a Zero Drool Baby to having such an amazing level of drool that his chin is completely chapped from acting as the rushing rocks on which Drool Waterfall flows…

And especially…his newfound taste for digits. 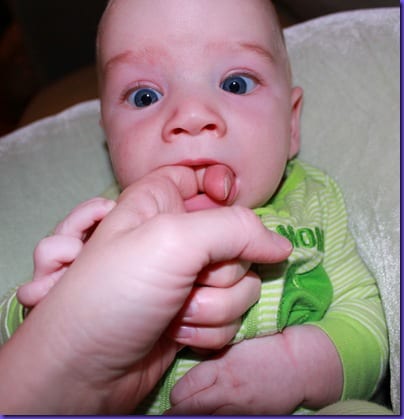 Not just a taste. He has a Digit CRAVING. 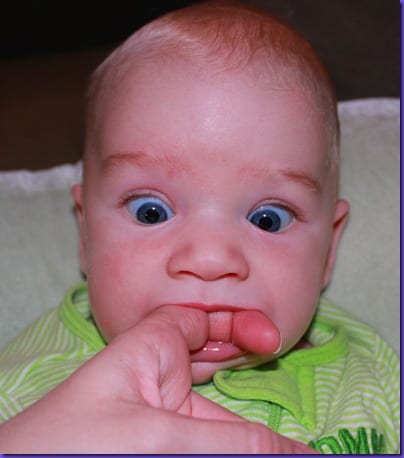 I mean SERIOUSLY. This kid is entertained for hours by my knuckle… 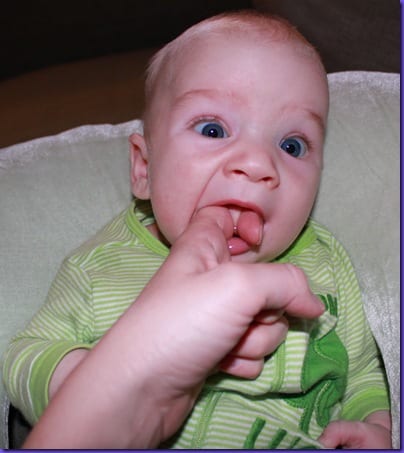 …which is, incidentally, getting very sore. 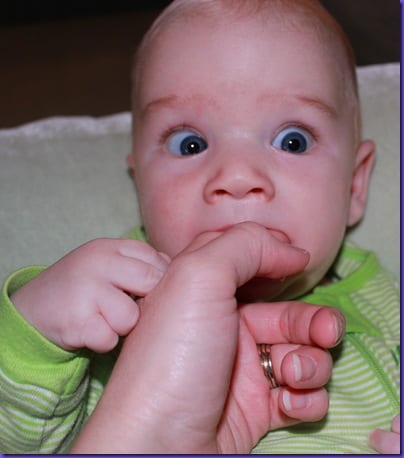 But maybe it’s not teeth, after all. 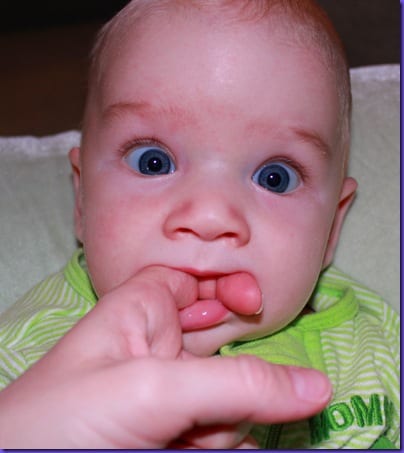 16 thoughts on “Hopefully When They Arrive, They’ll Be Better Than Mine…”