As of Friday night, Chris and I officially earned our Mommy (and Daddy) Scouts Badge for “Taking two kids, one that is under six weeks old, to the Circus, not getting home until 11pm, and living to tell about it.”

And it was worth it – even the ridiculously priced light-up spinning toy souvenir that had offshooting and equally spinning appendages that couldn’t wait for the opportunity to accidentally slap a parent in the face with their pointy stars or, worse yet, an infant baby brother.

But besides the injuries I sustained from those sadistic spinning stars, I was immediately jealous on my state’s behalf of the opening National Anthem performance.

The flag was brought in on an elephant, and circled majestically around the arena. 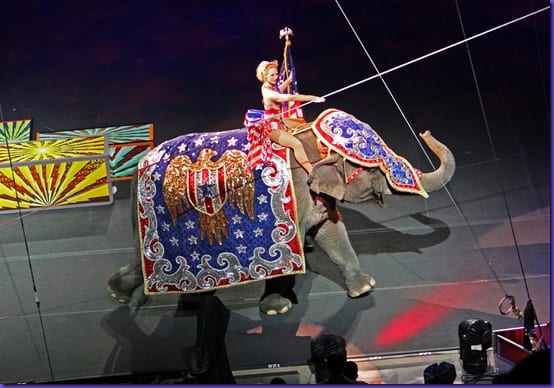 Do you have ANY IDEA how much more interesting Alabama football would be for me if we actually got a REAL elephant mascot on field?? I’ve been pining for one since my first football season, way back last century in 1999!!

(Although I slept through most of the games that year since I didn’t even know what a first down was, so maybe I was dreaming about that elephant instead of pining after it, but nevertheless…)

(And be full of PETA protesters.)

AND if Alabama also adopted my idea of Houndsturf, it’d help hide all of the unsightly piles of Elephant Poo!!

(Until a player slipped in one… but that’d just add an extra element of difficulty for the opponents.)

I certainly mean no offense to Big Al or anything, 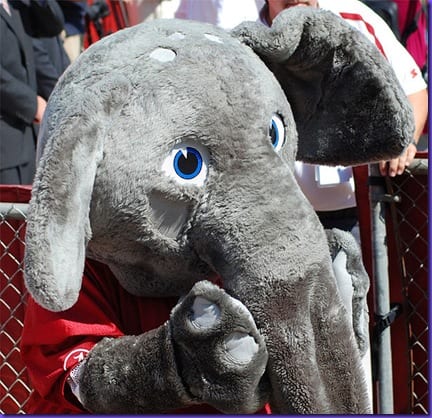 but what’s a football team without a real, live mascot?!?

But I digress. Back to the Circus.

Ali’s favorite act were the tightrope walker/runners – yes they ran – and with no net underneath: 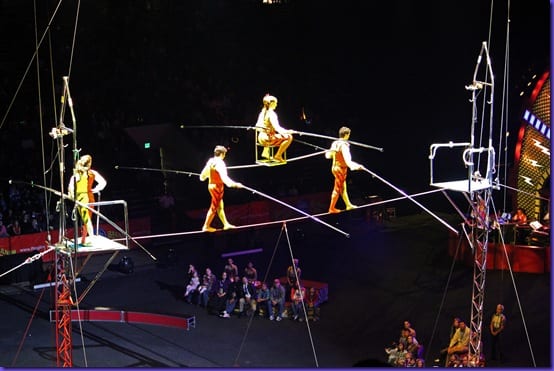 My favorite were the guys who ran, jumped, jumped rope, and jumped back and forth onto each other’s metal rings as they circled ‘round and ‘round, 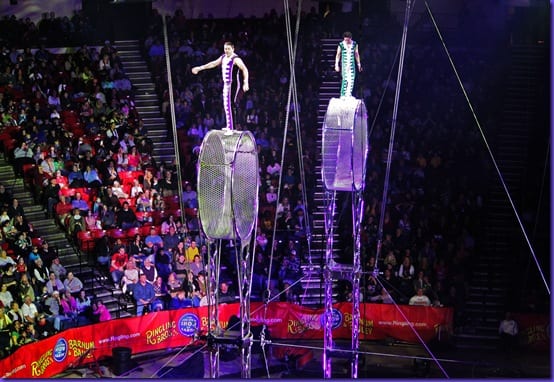 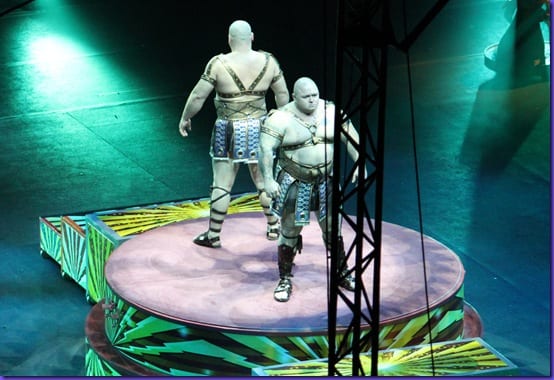 Who checked out each other’s butts from all of their unsightly angles, 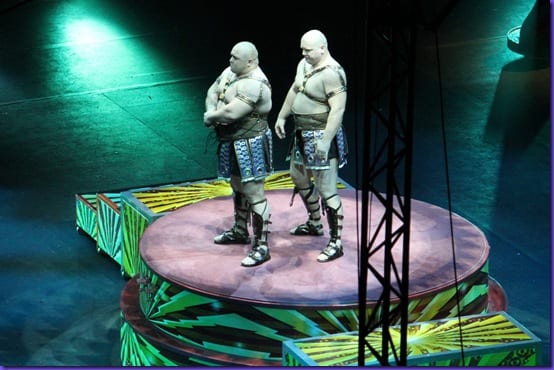 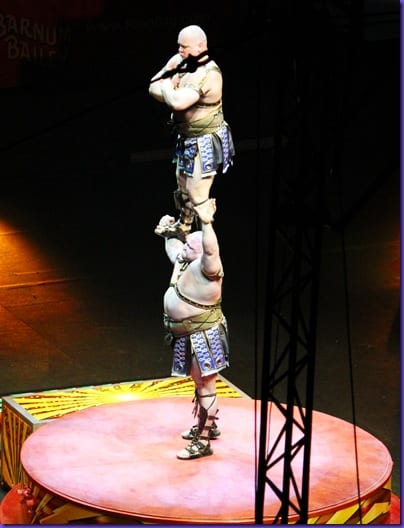 and lifted each other in whoa-I-really-didn’t-want-to-see-your-spandex-panties ballet moves. 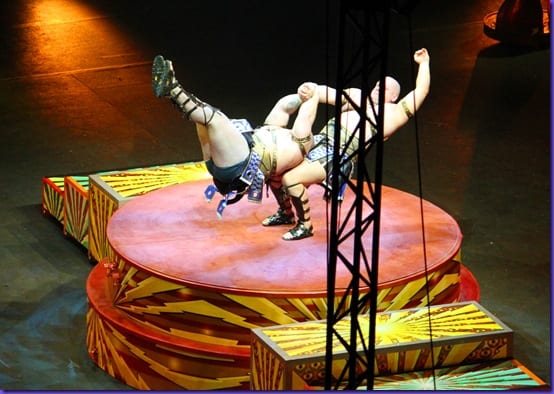 Besides the National Anthem Elephant, they had about ten more of the magnificent creatures, but only one of them was special enough to have a tramp stamp on either side of it’s hinder. 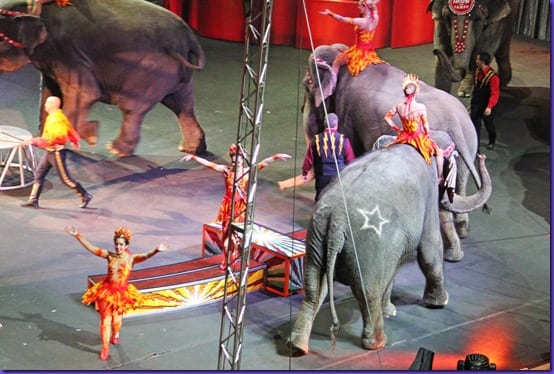 My observations of the Circus were: 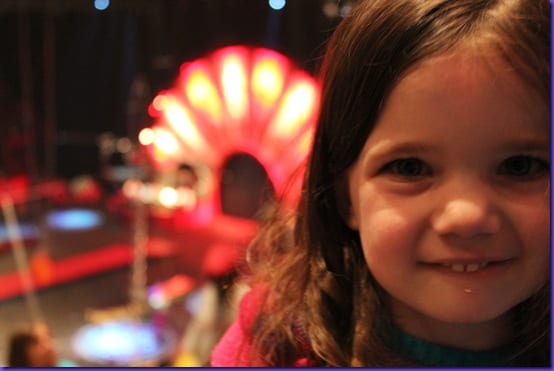 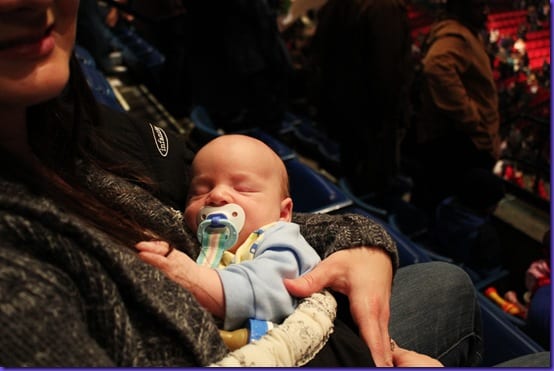 And when we left, I was thrilled to leave my first mini under the seats, just like everyone else at football games do: 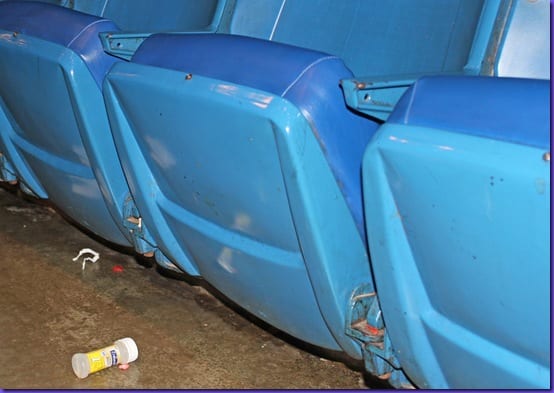 (Yes, I’m too shy to breastfeed in public, even with my super-duper hooter-hider.)

…But back to football.

If the Circus can afford 10 of them, I am CERTAIN the University of Alabama can afford one.

…although she might have a Bum Star or two. But as long as it’s not a Tiger Paw Print, I think we’re good.

12 thoughts on “The Latest on the Greatest Show on Earth.”