Nancy Drew is called in to solve a startlingly shocking crime…

The Case of the Mysteriously Disappearing Pacifiers.

The Case: A ridiculously stunning number of OVER TEN pacifiers have gone missing, without explanation, in just three weeks!!  It’s like taking candy from a baby.
Except they’re pacifiers.  But that’s basically baby candy.  Oh – the cruelty!!  The hallways are full of empty mouths and cries for Justice to be served!! 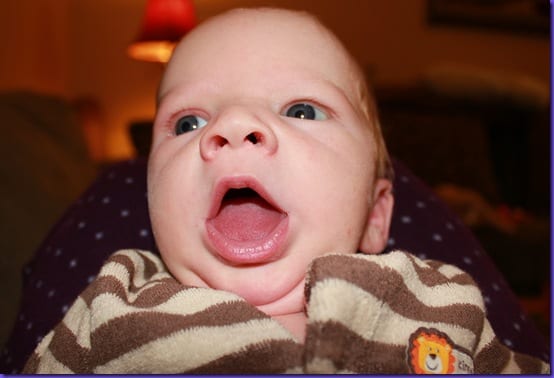 The Client: Noah – a three week old who desperately needs his pacifiers returned, as soon as possible.  He issues a menacing warning that if they aren’t returned in PRISTINE CONDITION (no bite marks please), life could get pretty uncomfortable for his cohabitants.

Oreo: A rather untrustworthy feline that is known to chew on rubber items – see Exhibit A for evidence of her rubber penchant.  She could possibly be sneaking away with the missing items in the night, when all non-nocturnal residents are asleep, and stashing them in a small spot only passable by creatures under 10 pounds. 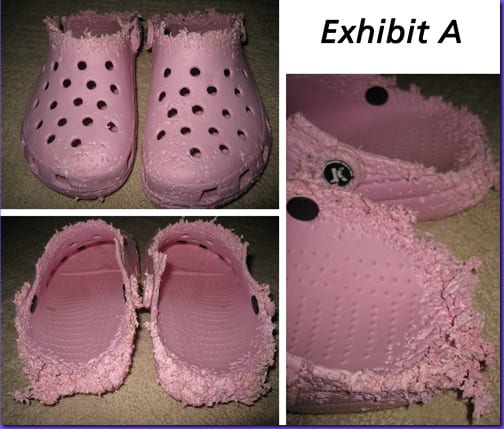 Ali: A four year old who was only recently weaned from her own naptime paci.  The theory is that having them in the house was potentially too much temptation for her to bear.  If found guilty, she may need to be sent to Paci Rehab – I’m sure they have that available somewhere in Malibu.

Chris: The baby-daddy. He has most certainly outgrown the paci, but could possibly picking up the habit again to help chill from the stress of having a new baby, dealing with a post-partum wife, and having multiple work deadlines all coming due during said new-baby-time.  Nancy may need to do a reconnaissance mission to his office to check all of his desk drawers.

Rachel: A still-recovering-from-birth-and-various-side-effects Mom, possibly guilty of simply misplacing the missing items in obscure places like the freezer, the sock drawer, or even the toilet.  Nancy will need to make a list of everywhere a Paci doesn’t go and check those locations.  Also, a video system to monitor suspect’s half-sleepwalking, half-awake middle-of-the-night Noah feedings might lend more evidence to her possible role in the disappearance of the items.

Can Nancy Solve the Case??

Or will one of the guilty-feeling suspects break down and purchase more pacifiers?

Will Nancy end up in mortal danger – possibly being dive-bombed by a protective cat or sleep-injured by a known-to-be-dangerous sleepwalker?

Will Noah’s pacifying needs ever be satiated?

Only time will tell… in the Case of the Mysteriously Disappearing Pacifiers!

18 thoughts on “Nancy Drew and the Case of the Mysteriously Disappearing Pacifiers!”