Yesterday was a very emotionally fragile day at our house.

Luckily, Ali and I were invited to attend AJ’s Princess Dance Birthday Party during the most tumultuous part of the day…Because no little girl needs to see her Daddy in that much pain.

(If you’re not from around here, Alabama very nearly lost to Arkansas – they were behind the entire game, once even QUITE behind, nearly to the point of despair. But they managed to just barely, with quite a bit of luck, pull out a win.)

Fortunately for Ali and I, the Princess Dance Party had the most amazing timing and lasted until the end of the game, so we were able to leave with confidence in our hearts that when we arrived home, the atmosphere would be one of joy (or at least relief), rather than the infernal den of gnashing teeth that it surely was while we were Princessing around.

But next week’s game isn’t going to be easier.

And so, I think our team needs some new motivation – a new edge to throw off the opponent.

Boise State got SmurfTurf, and went from being a nobody in football to a potentially (albeit controversially) BCS frontrunner. 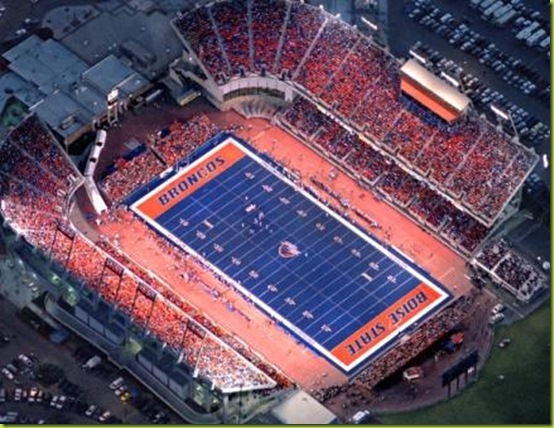 But we can’t go red, because a) Eastern Washington already jumped on getting HellTurf, and b) it’s HORRIBLY disturbing and painful to look at. 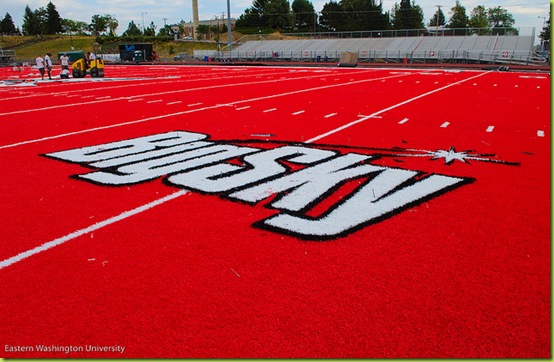 So my suggestion to the University is to take our one trademark that is unique only to our team and absolutely COVER our field with it. 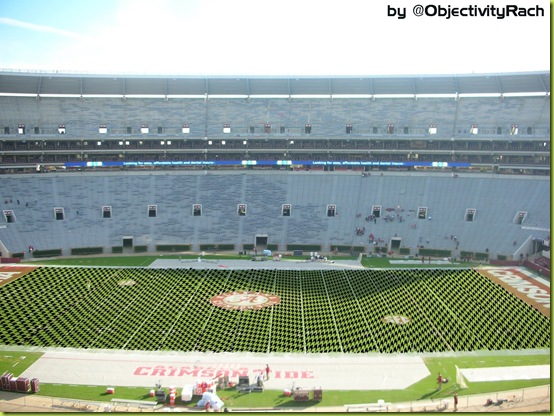 It would most certainly have a disablingly dizzying effect on the other team.

But our team? They’d be completely immune to it.

After all, all Alabama fans and players have been repeatedly innoculated from the Dizzying Poison of Houndstooth Overexposure, thanks to Guys with bad taste in pants, Girls with Houndstooth Overzealousness, and Toddlers with Sadistically-Houndstoothy-Mommies: 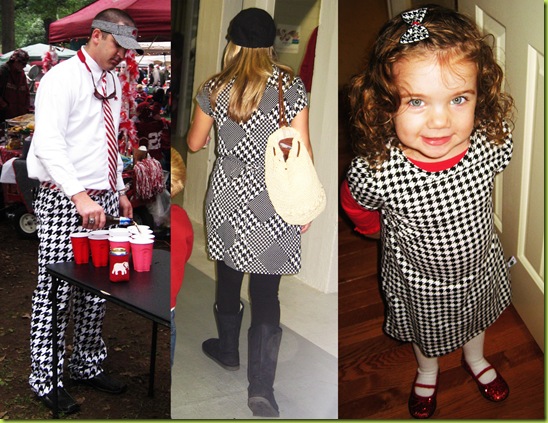 It’s our secret weapon. Let’s use it.

13 thoughts on “A Plea for HoundsTurf.”