We decided it was finally time to register for a few things for Noah. And, since it’s been four years since I’ve filled out a baby registry, I learned a few new things.

My first surprise was that although adults (especially husbands) are completely mesmerized by the privilege of using The Barcode Gun, kids find them completely archaic and even downright dull.

Because really, how does a barcode gun compare to their mastery of the iPhone? 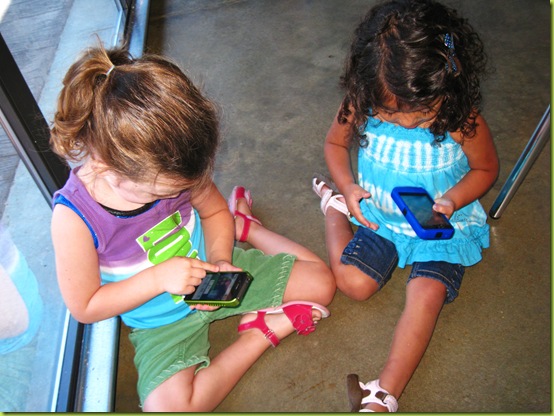 (This picture was taken at lunch on Monday when, after trying to encourage Ali and Kendall to actually CONVERSE and INTERACT for a while, we finally gave in and let them do what they both really wanted to do…play games on our iPhones. At least their knees were touching.)

We did convince Ali to give The Gun a try, but what with it not having a touch screen, interactive games, or EVEN a color display, she declined further grueling barcode-scanning labor. 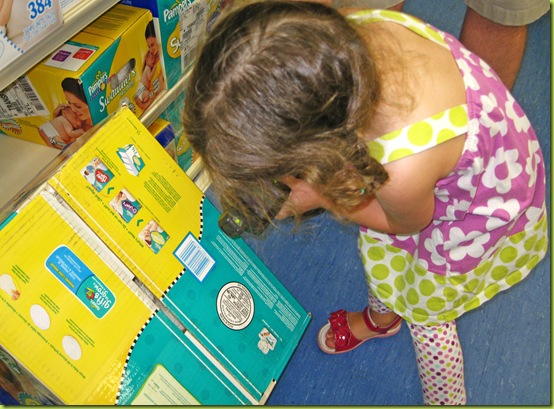 Secondly, there are some new products on the market this time around. 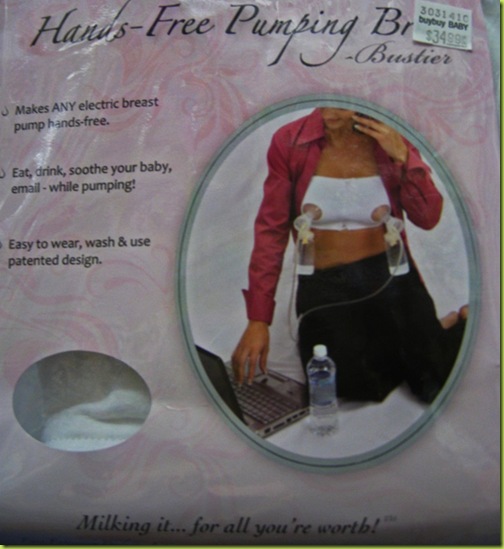 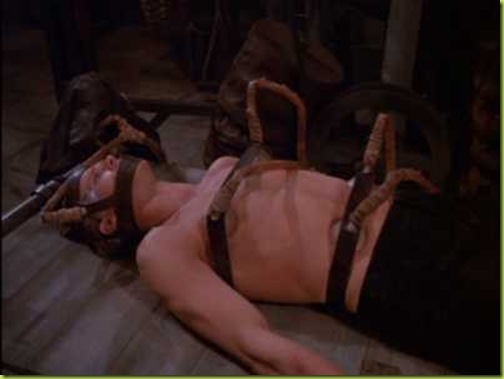 (If only the similarities ended at the visual horror… but I’m pretty sure I’ve had more than a few years sucked right off the end of my life from months of torture suffered under the Pump of Despair.)

And finally, I learned the secret of Freaky Baby’s Freakiness.

Our registering took place at the new store in town, buybuy Baby. And, although we’re all thrilled that Babies R Us finally has some competition, the whole city is a little scared of Freaky Baby: 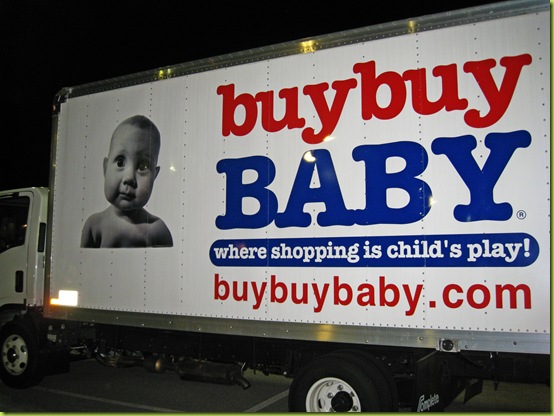 I always assumed that what made Freaky Baby so very, very Freaky was a bad Photoshop-Crop job, but I now possess the Knowledge of the Truth Behind the Freakishness…

Besides his positioning on the delivery trucks, I noticed that he was also displayed prominently on all of the employees’ nametags, so I mentioned it to one of them.

“Oh wow – so you have to actually WEAR a picture of Freaky Baby???”

The Store Clerk rolls her eyes.. “Yes… isn’t he disturbing?”

“Quite. He spooks me and all of my friends.”

“Well actually, he’s two babies – the two store owners took their baby pictures and spliced them together, making up the two halves of Freaky Baby.”

“Yes! You see? There’s a shadowed side and a light side? And see how his eyes, eyebrows, and shoulders are different? That’s their two different baby pictures mooshed together, and that’s what makes him look so freaky.” 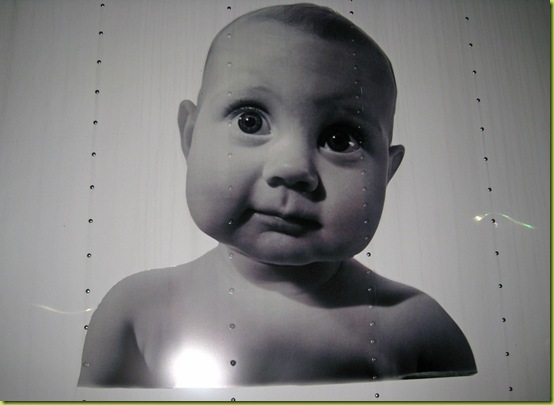 And somehow, I’m now even more freaked out than ever.

…and I apologize in advance for all of your future nightmares about Freaky Baby and the Pump of Despair.

18 thoughts on “Ali Get Your Gun and the Explanation of Freaky Baby.”