We live 4 1/2 hours from the Alabama Coastline. We have always adored the beach, and, thanks to the fact that we have relatives that are locals, we are fortunate enough to get to come fairly often.

Alabama was not blessed with much coastline (I personally feel that is due to Florida being a bit greedy on coastline-choosing day), but the beaches we did get are gorgeous. Different than any other coastline I’ve ever been to, the Gulf of Mexico beaches have the most luxurious of white sand to sink your toes into, the perfect amount of waves for families to play in, and our little beach towns of Gulf Shores and Orange Beach have just the right amount of civilization to make it fun without being over commercialized.

However, all of that is in the process of changing. The BP oil crisis has made it to our beaches, and won’t be leaving for quite some time.

We headed down here on Friday to spend some time with family and to enjoy our favorite getaway town. We knew that we were within days of the projected oil landfall, but we didn’t realize that we would be down here for the historical Day One.

We ate dinner Friday night over the ocean, admiring somewhat melancholically the pristine beaches and gorgeous water. The twitter reports had already started coming in that there were small amounts of oil being found down the beach, so we knew this would be a last moment.

On Saturday, we headed to the beach to see for ourselves. 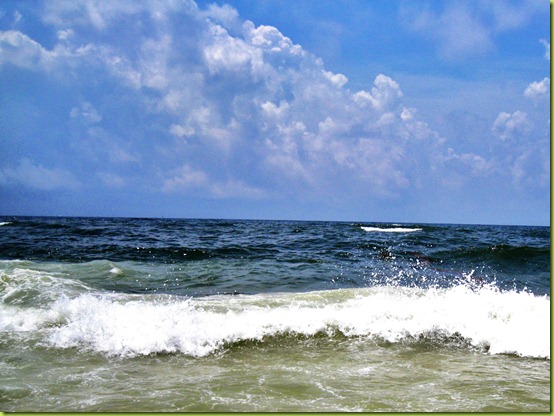 The sand was lined with globules of nasty, thick oil: 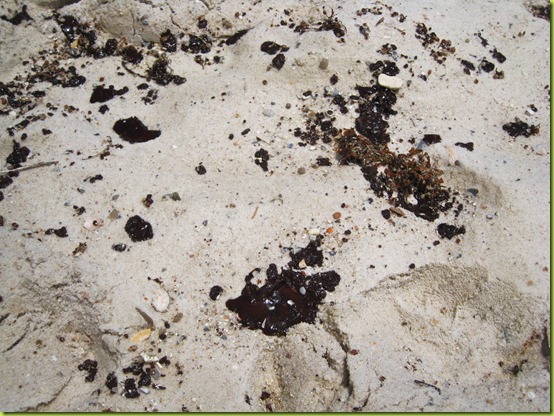 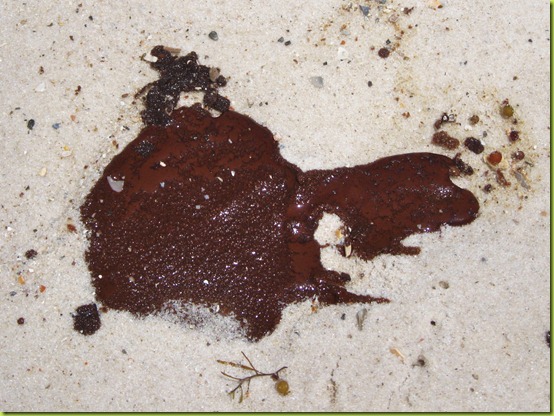 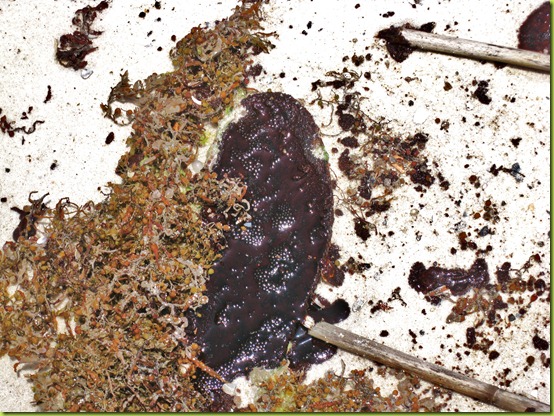 It stuck to our feet and refused to come off – which makes me shiver to think what it is doing to the countless animals that come in contact with it. 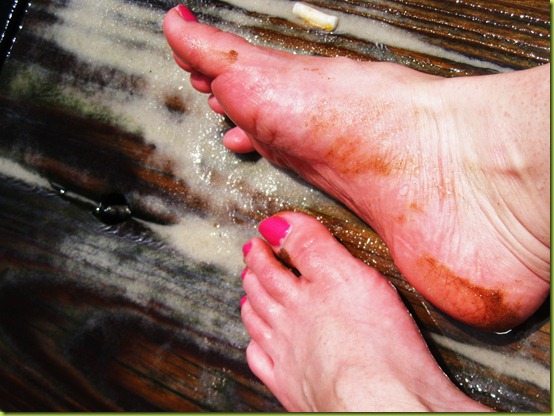 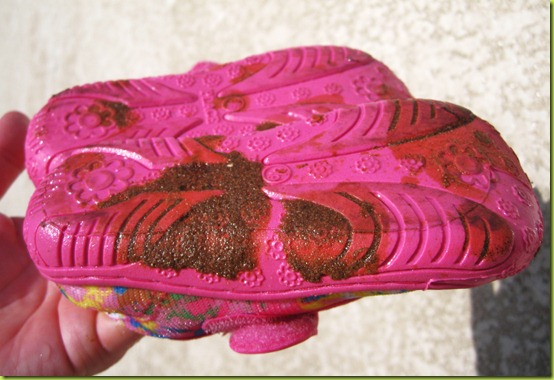 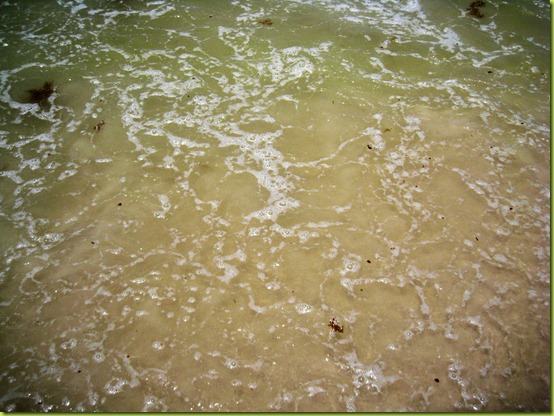 All I could think about was that this was just day two. It was going to get SO much worse. AND they haven’t even stopped the leak yet!!

I know I’m not the most educated person on this issue – one of the least, I’m sure. But I can’t get past this point: If you’re technologically able to drill through the ocean and earth and harness oil, then you should be technologically able and responsible enough to fix things in a reasonable timeframe when they go wrong. And if you’re not, then quit putting our world in peril with your mistakes.

Of course, I had just seen the BP commercial the night before, apologizing profusely and promising that everything would be made right, and that thousands of people and hundreds of boats were working on the cleanup all over the coastline. I even heard one BP exec say when interviewed on the news, “We have twice the number of people that are needed working on cleanup.”

But there were no signs of BP here this weekend, unless you count their nasty mess. No signs of anyone doing anything except beachgoers staring in shock and dread of what was to come for our precious beaches.

From some expert’s reports, our ecosystem may not be restored to its natural state for the rest of her childhood: 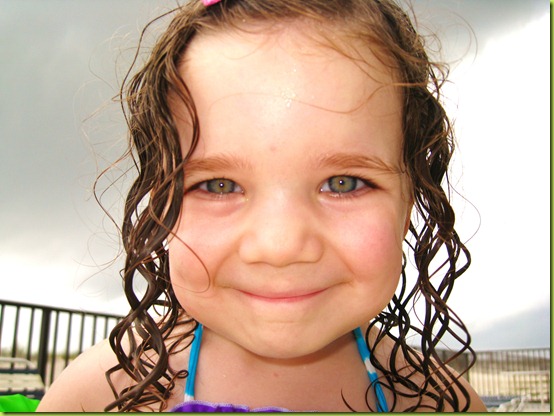 And I cannot tell you how much that breaks my heart.

And there are so, so many more people and animals that are and will be much more tragically impacted than us.

I don’t see how BP can ever “make right” how vastly they’ve taken away from all of us.

I plan on running a series on Alabama Bloggers featuring all of the other fun activities at and near our coastlines to help people adjust their vacations without relocating them. If you would like to write a post for this series or offer ideas, email me at rachel@alabamabloggers.com.