This toy machine seems to have been very strategically placed at my favorite mall: 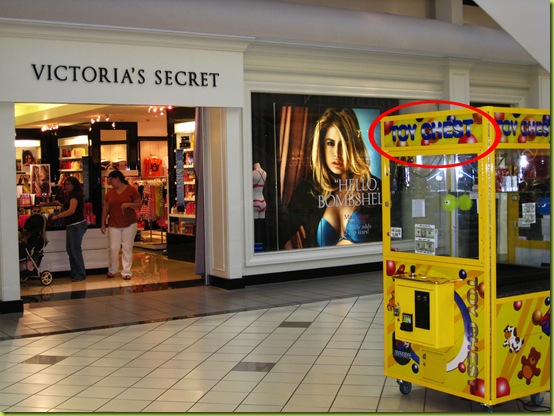 My Vote: Hilarious. I especially love that ALL of the “toy chests” are missing…as if everyone frantically stocked up on them before going in the store behind it to buy some packaging for their new finds. 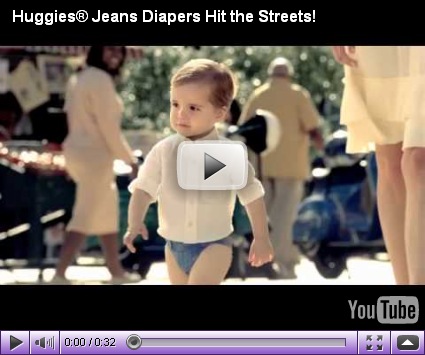 My Vote: DIS-TURBING. If a child is old enough to not just walk, but SAUNTER down the street, he should be wearin’ some pants. If they’d done it with a crawling baby, however, it COULD have had hilarious potential. MAYBE.

Plus? When they say “chic”, it doesn’t sound like “chic”. And they know it, too – they have a modified version of the commercial that they run during Dora the Explorer that replaces “chic” with “fashionable”. Thank goodness – because really, do you want your toddler running around saying, “My diaper is full. Full of CHIC.”

Also? The fronts of those diapers are U-G-L-Y. They’re definitely Grandpa Jeans all the way.

You weigh in on both: Disturbing or Hilarious? And have you seen anything else disturbingly hilarious lately?

15 thoughts on “Disturbing or Hilarious?”