Monday. Ali woke up singing. I let her sing a for few minutes until her song began to downgrade into a whine, then I went to get her. She was holding a bunch of her stuffed animals…

“Good morning!!! What were you singing about?”

“Struggling? Do you Struggle much?”

I started to explain to her what struggling meant, but then I realized that she was paying me no attention whatsoever (stuffed animals are always more interesting than Mommy), so I gave up.

I then noticed that she still had splinters in her hand from a run-in with the porch yesterday…when she wouldn’t let us take them out. Except the first one – and only Pop could remove it. No Mommies Allowed.

But it was starting to look red, and we weren’t going to be seeing Pop again anytime soon, so I began prepping her for the fact that I really needed to get her splinter out.

She let me know with all of the panic, stubbornness, and illogicality that a three year old can manage that I would not be taking out her splinter.

I reasoned with her. “It will hurt you more if you don’t let me take it out.”

After several minutes of useless effort to contain a wiggling panicky ball of nerves, I called Chris and put him on speaker phone. I subtly told him to make his daughter let me take her splinters out.

He talked to her….he calmed her down…he reasoned with her…he demanded of her.

“So will you let Mommy take your splinter out?”

I gave up on the Daddy strategy, and began working on an illusionist strategy.

I asked her if I could clean it with a wet wipe, and she agreed. I wiped it for a minute, then I sneakily slipped my tweezers under the wet wipe and started trying to work without seeing what I was doing.

But I was never meant to be a magician.

It didn’t take her long to figure out my amazing illusions. And she wasn’t impressed with my magic trick.

I finally managed to fight her panic for long enough to get Splinter Enemy Number One out, but it wasn’t easy or fun for anyone, including the stuffed animals.

After that, we talked, we comforted, we agreed to be wise next time.

When we got downstairs, I remembered our conversation about struggling. I asked her, “So, were you struggling when I took your splinter out?”

Very decisively, she told me “No.”

“Oh. Then what does struggling mean?”

“It means that you don’t color in your coloring book.”

I’m sure glad she’s got it all figured out. 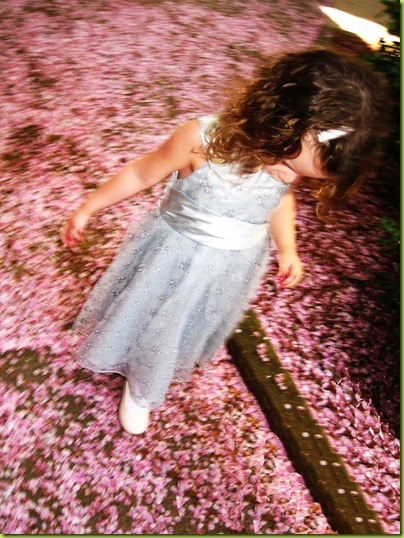