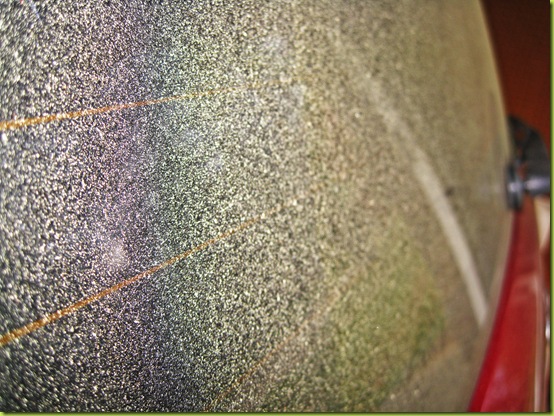 It’s Pollen Week in Birmingham. Maybe it is in Alabama as a whole, or the world as a whole. I don’t know. But I do know it’s most definitely pollen week here.

Pollen Week is THE week when every flowering and non-flowering tree in the city (and we have a lot of them) conspire together to release their yellow powdery presents at the same exact time.

Every surface in Birmingham is covered with a dusting of yellow, from barely there to inches thick, depending on how long they’ve stayed in the same spot.

I drove down the highway Tuesday morning, wondering why it was so smoggy. And that was the moment it hit me – that thick fog had a yellowish tint. IT had arrived. Swirling around in a devilish haze and choking every being within its reach.

Despite my realization, I made the mistake of leaving my sunroof open while my car was parked for a couple of hours, and when I started up the car, a dust cloud rose up and engulfed every living creature in my car.

I’m not especially allergic to pollen, but it is SO thick this week that even my eyes are watering, and my throat feels like I’ve inhaled the powder off of an entire bag of doughnuts.

I’m pretty sure that anyone that actually does have pollen allergies needs to be evacuated from the city immediately.

The rain today was greatly anticipated to wash the pollen away, but so far it only looks to have taken away the small stuff and replaced it with the Mother Ships: 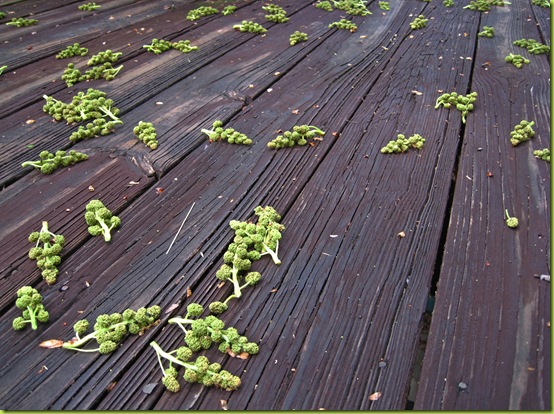 Every year, this Week of Yellow Horror reminds me of my Missions Trip to Cyprus.

Not that it was horror-filled. Quite the opposite. It is definitely one of my fondest memories. When I was 16, I went for six weeks to the unbelievably gorgeous country of Cyprus to work for a missionary family there. They lived in the most amazing house perched atop a hill overlooking the blue-green Mediterranean Sea… 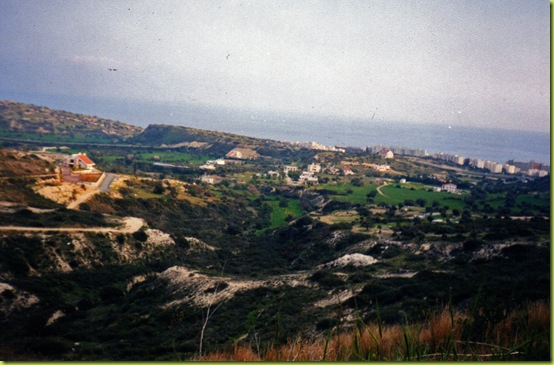 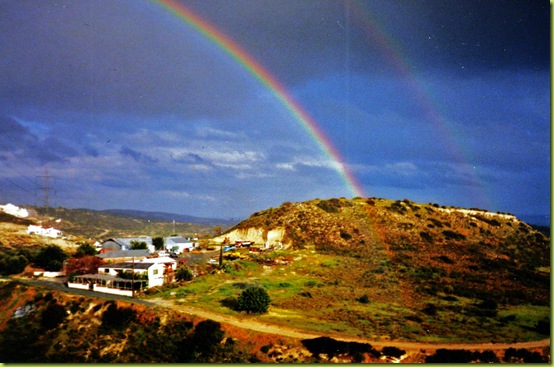 It was a true time of suffering for the Lord.

It was my first time to ever fly in my life, but despite my inexperience, I flew all the way back by myself. One of my favorite moments was when I arrived to New York City via Athens, Greece, alone and 16, in the middle of the night. The customs agent was a tall, suspicious, red-headed man.

There are so many things that I wish I had said now, half of which would have probably prevented me from setting foot on U.S. soil, but instead, I muttered, “Yes sir, I promise they do.”

At any rate. Back to the pollen.

While I was in Cyprus, there was this morning there that we woke up to the whole country coated in red mud. The cars were red. The buildings were red. The countryside was red. And the air was still red. Windshield wipers had to be used to battle red rain.

We frantically searched for news of this crazy phenomenon and discovered that a mud storm from the Middle East had decided to travel internationally for the day and had made its way across the Mediterranean and into Cyprus.

It was really cool.

And I didn’t take any pictures of it.

Anyway, I thought it was so cool that I sat down to write my Dad an email about it. I started out the email telling him how spooky it was…the sky was red, everything was red…red rain…the red silence was deafening…

And then I accidentally hit send. I didn’t have much time, so I figured he’d realize what I did and I’d finish the email the next day.

However, I forgot that one of my Mom’s Two Main Fears about my missions trip was that Chemical Warfare from the Middle East infighting would drift over and kill me instantaneously.

(Her other Main Fear was that I’d meet a Charming Cypriot Man, fall in love, marry, and never come back. At Sixteen.)

(And also lucky for her, although Cypriot women are stunningly gorgeous, the Cypriot men were nothing but enormous Greek eyebrows.)

(Which, paired with mine, would create babies born with a full-faced unibrow, somewhat akin to that wolf kid that shows up in the tabloids once a month.)

Anyway, the moral of this story is: If you’re writing an email about something spooky that is currently happening to you, be sure to finish the email and explain the phenomenon. Or your parents just might track you down, halfway across the globe, and strangle you.

Oh – and stay indoors until the Yellow Plague ascends from upon us.

16 thoughts on “We All Live in a Yellow Atmosphere…”