Every now and then, I have mentioned my cat, Oreo, whilst blogging. From the comments on those posts, I have become aware of a very interesting phenomenon.

They aren’t just “not cat people” like I’m “not a dog person” (and really I’m not that much of a cat person either but that’s off topic), but they really DESPISE them.

Sure, there are some “cat people” out there, of course, but talking about everyone else.

This has puzzled and amused me, because although I have no desire AT ALL to own a dog, I don’t hate them, and I am pretty sure that the majority of Non-Dog-People would agree. Other people’s dogs are cute and endearing, but that doesn’t mean that I EVER want one of my own.

But Non-Cat-People are not the same. They despise cats with all of their being.

And, as I was having one of my deep-thoughts-ponder-the-meaning-of-the-Universe moments the other day, I figured out why.

(I know you’re dying to find out the source of your feline animosity, right?)

We all know that Disney is rumored to have secret motives.

(As a kid, how many times did you stare at the box of The Little Mermaid or rewind that scene in Aladdin to hear the tiny voice and see the writing in the clouds?)

I would like to expose a new Disney Secret Motive:Cat Loathing.

They apparently have a company policy to perpetuate a propaganda that all dogs and angelic, adorable, loving animals and cats are evil, hateful, malicious villains that can’t be trusted.

I present to you Exhibit A: Lucifer. 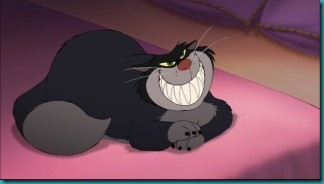 They weren’t very subtle in in the 50’s with their anti-cat message. Step One: name a cat after SATAN HIMSELF.

Step Two: Have a loving, kind, gentle dog that defends Cinderella against the gleefully evil cat, 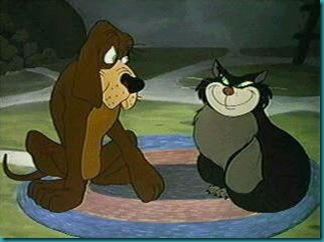 Step Three: further the dog’s feel of humanness by turning him into a lovable footman for Cinderella’s magical carriage: 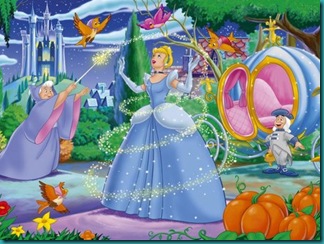 Not enough proof? Don’t worry – Disney has left no feline-bashing-opportunity on the drawing board. 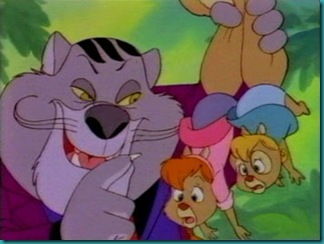 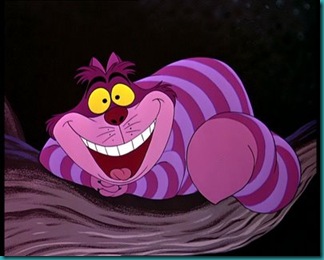 The extremely vicious and hateful Si and Am from Lady and the Tramp, 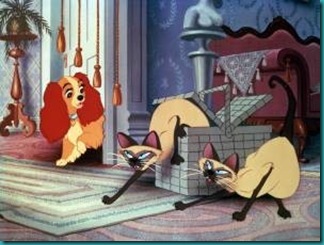 (Juxtaposed, of course, with the heroic and romantic dogs that are so talented they can not only eat spaghetti, but slurp a whole noodle without breaking it in order to kiss while doing so): 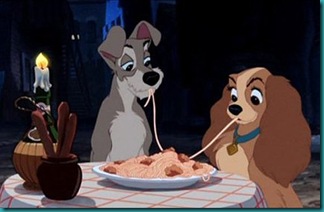 And Disney didn’t just stop with animated cats. Cosmic Creepers’ name said it all in Bedknobs and Broomsticks: 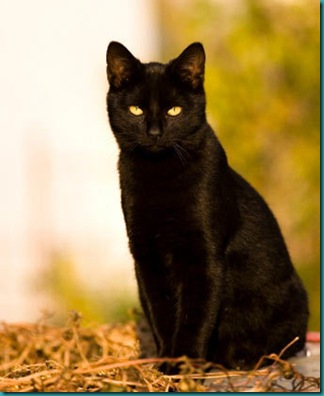 And then there are the dogs.

The lovable, cute, cuddly, perfect, never chew up the furniture or go outside, roll in poop, then come in and roll it on the Persian rug perfect animals. 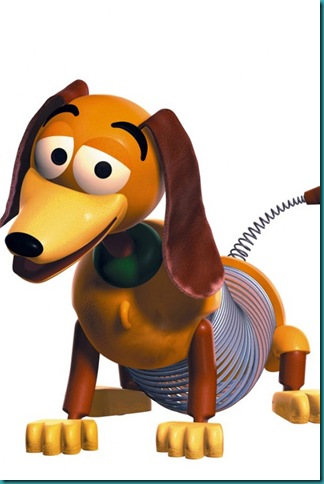 Bolt got a whole movie where he was a super-hero twice over: 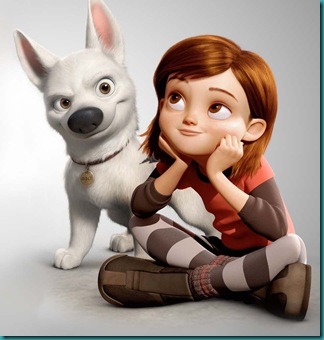 The Fox and the Hound showed how Dogs, unlike cats, can look past racial differences and become friends with supposed-to-be enemies, and be adorably cute while doing so: 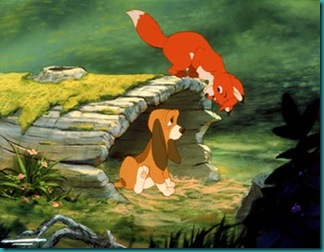 Pluto showed how loyal a best friend can be, even to a mouse: 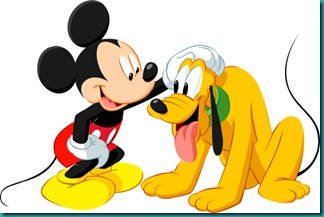 Disney was SO successful with their portrayal of canine perfection in 101 Dalmatians that there was a craze of people that went out and bought Dalmatians, only to find out that they were actually unpredictable and not-good-with-children pets: 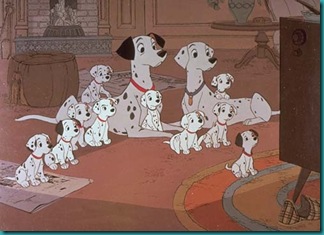 And, in their apex of Dog Holiness, Nana in Peter Pan showed how Dogs can be just as good as a Mother, doling out medicine and tucking children in at night.

Hopefully no one bought into THAT piece of Disney wisdom.

So there you have it. I’m not sure if Walt Disney was attacked by an angry band of violent cats and then nursed back to health by a loving, matronly dog when he was a child or what, but there’s no question that he had it out for cats.

And the rest of the world? Obviously effected by his message.

38 thoughts on “The Truth About Cats and Dogs.”