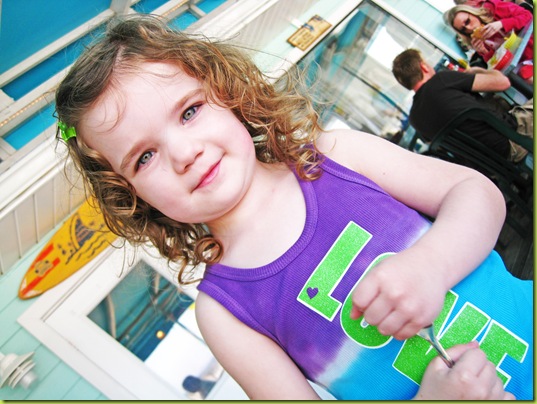 I always find the beach to be an inspiring place to take pictures of Ali. There’s something about the lighting…the color her eyes are down there…the air…the surroundings.

Granted, she wasn’t quite in the mood for photography this weekend, and when I did get her cornered, she didn’t want to put down her fork… 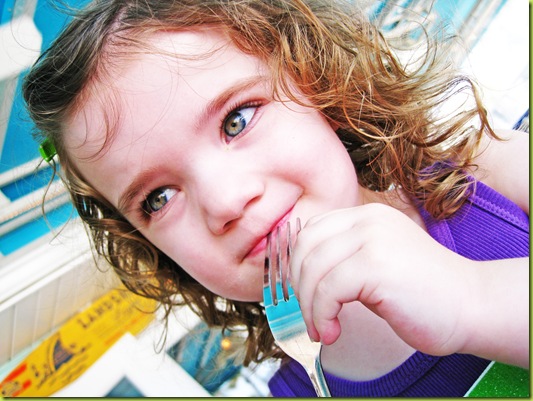 And she didn’t appreciate me saying that she had boingy curls from the salty air. 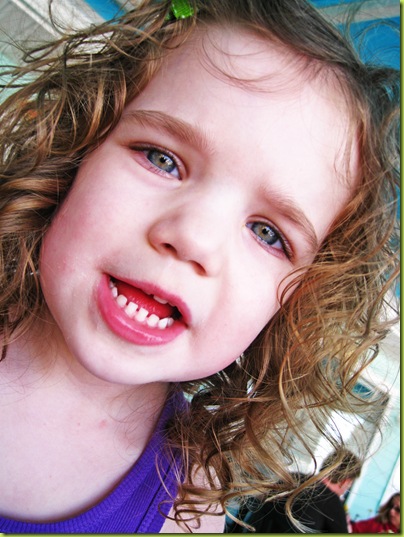 Apparently, “boingy” to her is about as insulting as “gigantasaurously fat” would be to you and me. Who knew. 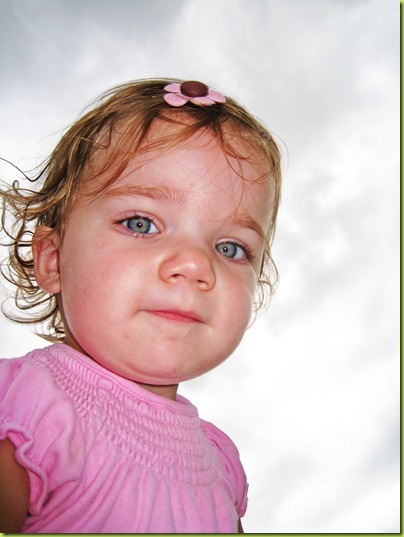 Besides the fact that she’s a year and a half older.

I noticed the eyebrows.

And they’re growing in very quickly. 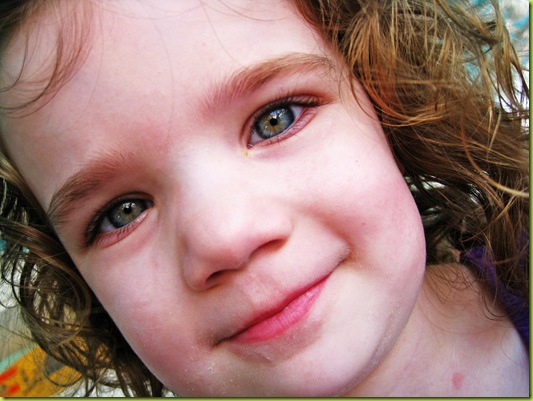 They seem to be growing in at a faster rate than even my monstrous Greek eyebrows did – mine at the age of 5 were approximately where hers are at the age of 3: 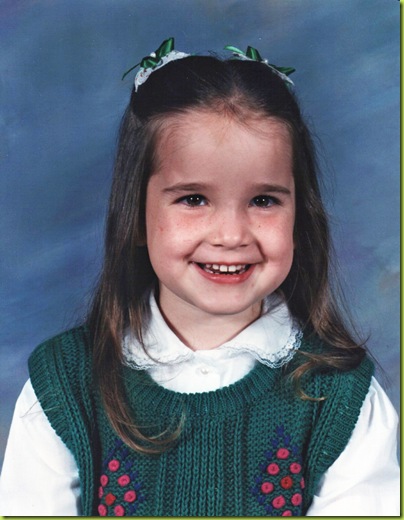 They may be cute at that age, but believe me – they turn on you. Greeks are hairy people. Not nice-thick-hair-on-the-head hairy people, but so-hairy-that-they-need-a-weed-wacker-in-their-personal-hygiene-kit hairy people.

1. Her eyebrows will, at some point in her early adolescence (or sooner, at her rate), take over the entire surface of her face, much like mine did before my Mother mercifully stepped in and taught me how to use a lawnmower tweezers: 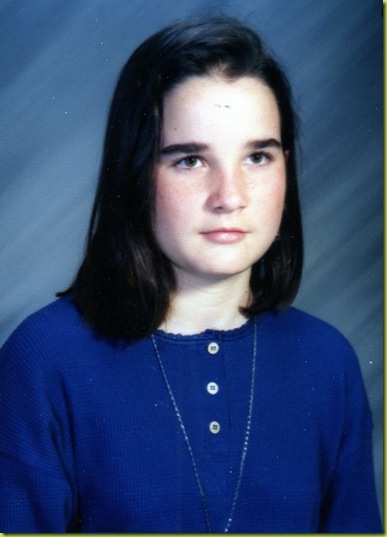 …Eyebrows are the number one leading cause in Awkward Pre-Teen Years. Sad but true.

2. If hers are growing at a faster rate than mine did, then I have to worry about people looking down on me for teaching a six year old how to tweeze her eyebrows.

5. Along with her college fund, I need to start her a laser hair removal fund.

But, luckily for her, she’s completely oblivious to the hairiness of her future. 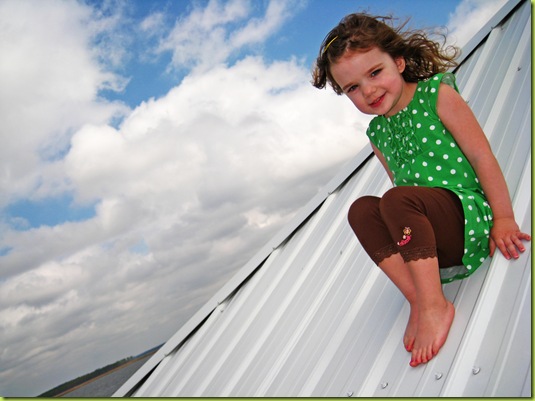 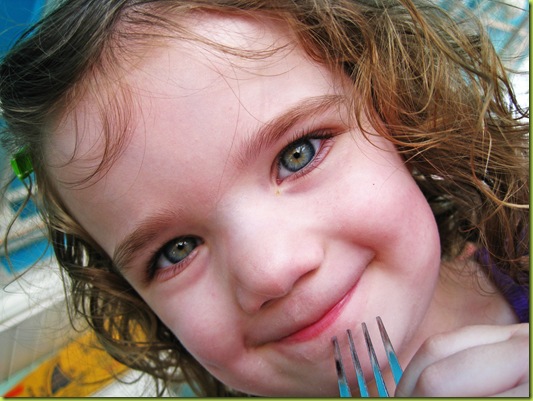 …but she is still a bit mad at me for using the adjective “boingy” to describe her curls. 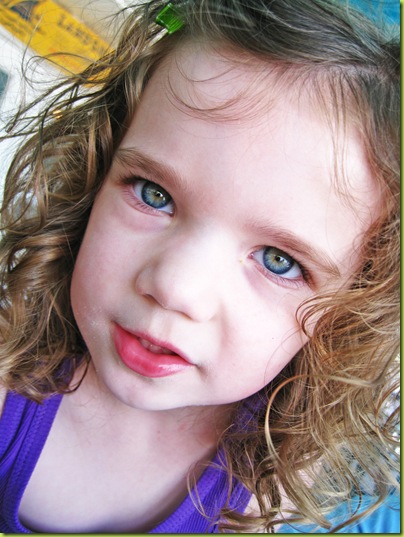