They live on the bay, 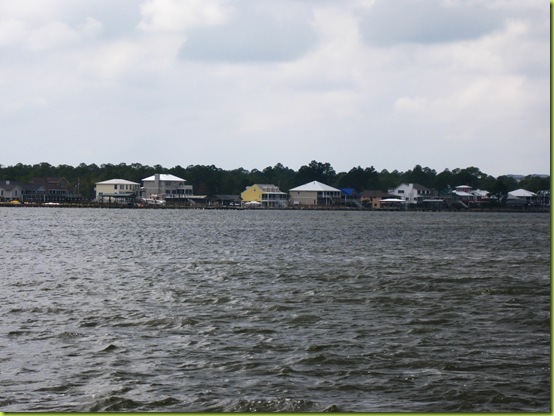 so one of the things that Leo wanted to do this weekend was get their boat in the water for spring, and in so doing, take Ali for her first ever boat ride.

Granted, it’s crazy-windy on the water and still a bit chilly, so we all bundled up like it was Winter in Alaska rather than Spring in Alabama.

Chris and Leo had put the boat up on the lift a bit earlier so that it was up in the air and at the dock for ease in loading passengers.

Apparently, there was some discussion about whether they got it far enough onto the lift, but they agreed that it should be fine.

Despite the boat being at the dock, one still had to do a pretty impressive dive, splits, and quick-grab onto the boat to get on, so the plan was that I would get on, then Chris would hand me Ali.

I dove, I did the splits, I grabbed the rail, and I felt like a pro boater.

As I loaded in on the middle of the boat, Kitty was jumping into the back of the boat, where Leo was catching her and helping her on.

And then it happened.

The boat violently tilted straight up in the air Titanic style, and all three of us started sliding towards the back.

Ali, in Chris’ arms still on the deck, starts screaming.

The bottom of the boat landed in the water with a great splash, as the top of the boat was still leaning on the lift.

Leo lurches towards to back to catch his wife, who is standing on the back of the boat, doing a very good impression of a manically out of control two-armed windmill.

Time completely froze for a minute, me holding onto the rail and wondering if the boat was sinking, watching Kitty wildly windmilling and Leo trying to reach her.

But alas, Kitty’s moment of cartoon-like suspension in the air was over, and she even-more-animatedly fell flat on her back in the frigid water, her arms still doing windmills.

Finally, the whole boat came off the lift, Leo and I were left stable in the boat, as Kitty took the first swim of the year, in her sweat suit, with her glasses on, and with a bag full of belongings.

Ali was NOT happy about all this fun. Not happy at all.

Ali and Chris went around to the other side of the deck to help Kitty get up as she swam over, which is when my state-of-shock wore off and I remembered that I should be documenting this whole event: 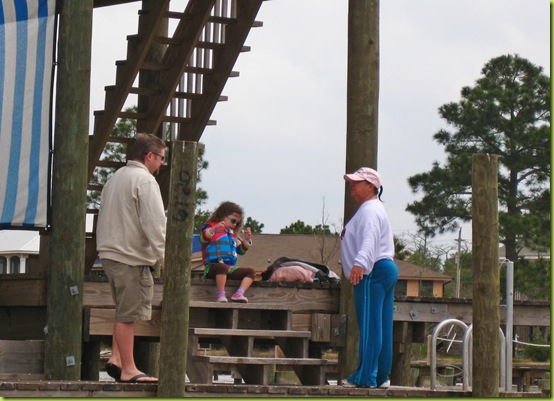 Ali scolded Kitty for scaring her, and Kitty assured her that she was just fine, and that it was quite fun, albeit a slight bit cold. 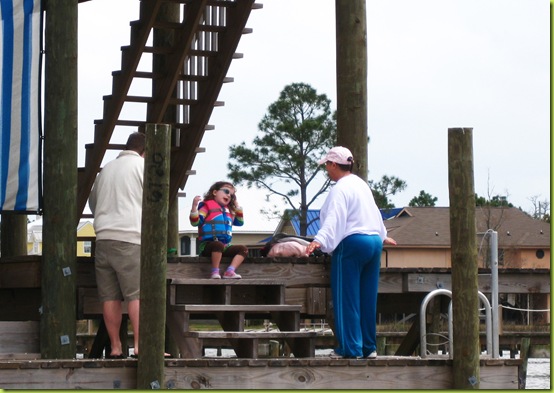 For some reason, Kitty decided to opt out of the boat ride and take a warm shower instead…

And Ali only had to be slightly coerced to get on the scary boat: 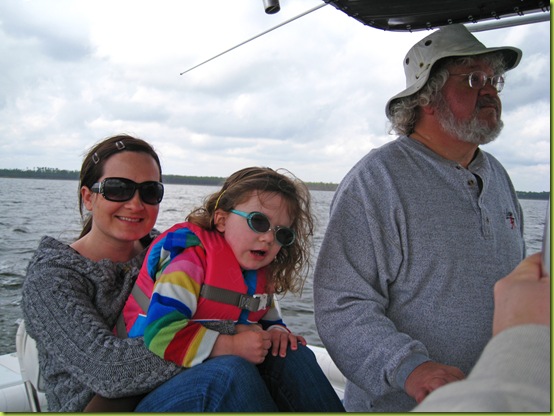 …but she managed to relax a bit and enjoy the sights. 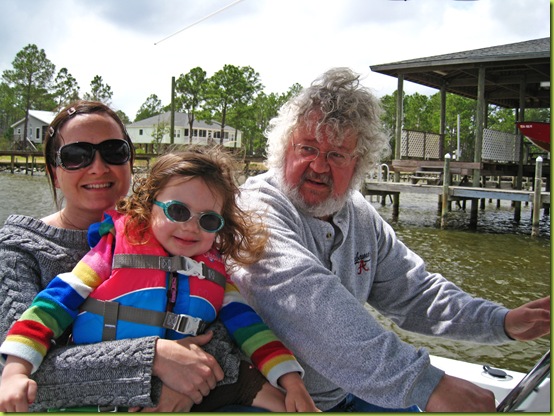 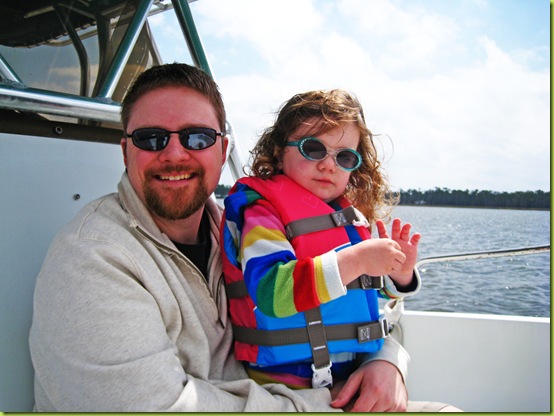 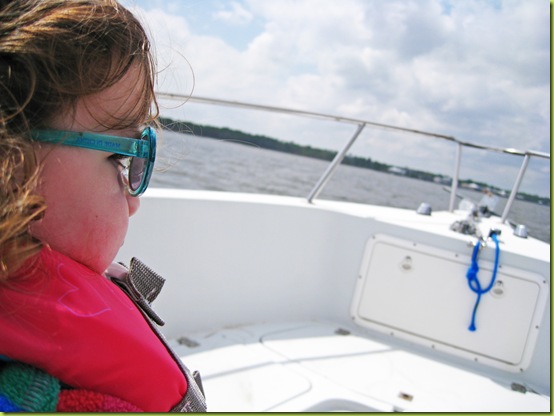 When we arrived back at the house, we discovered Kitty’s trail of clothes and belongings on the porch: 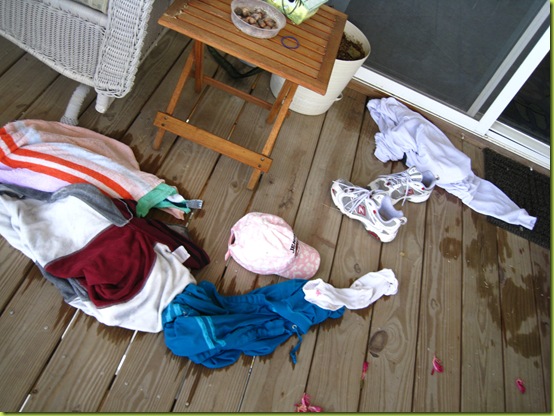 I sure hope none of her neighbors have surveillance cameras. If they do, they’re gonna get an eye-full.

Ali recounted the event in her own words, really quite better than I did: 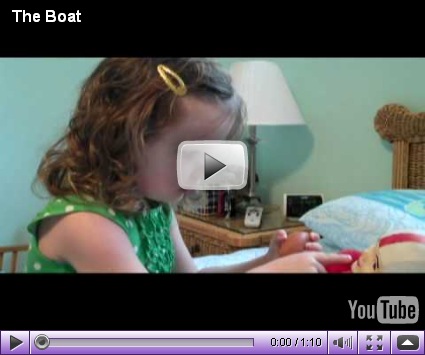 I think it will be my favorite dream too…because THAT’S how our family likes to have fun.

7 thoughts on “If My Child Has Nightmares About Boats…”