There’s a bit of romantic drama going on in Ali’s life right now.

She’s got two boy friends who are claiming to be her boyfriend, a term I’m pretty sure I had no idea what it meant at the ripe age of three.

Her two friends seem to be taking different strategies at winning her affection: one defends her at all costs, and the other tries to find opportunities to spend quality time with her.

In fact, after their first play date, boyfriend #2 announced to his Mommy, “Ali is my girlfriend because we jumped on the bed together, and that sealed it.”

Ali, however, took a little longer to come around. But at some point, she became obsessed with their family picture and started carrying it with her everywhere.

Then she began to dance with it, ball-room-Cinderella style, multiple times a day: 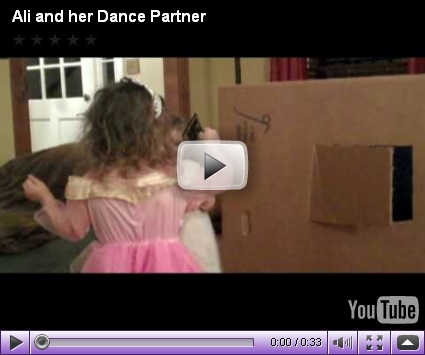 So she seems to have fallen for boyfriend #2.

And today was his birthday party, a long-anticipated event.

But of course, once we got inside, he was much more shy, or, as they like to call it these days, “playing it cool”. 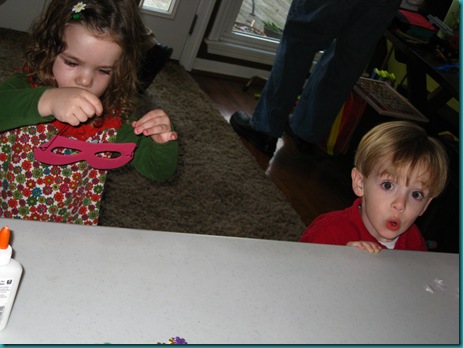 Ali and AJ weren’t too sure about the amount of boys in attendance at first, so they hung out in the kitchen and consumed all of the food (a side benefit of being coy, I suppose). 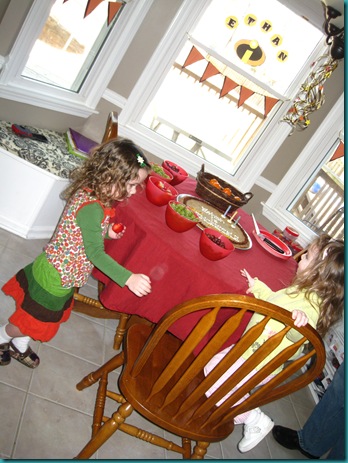 And then, when all of the kids were on the trampoline, they practiced their future-sitting-in-the-football-bleachers-and-cheering-the-boys-on skills and watched them jump. 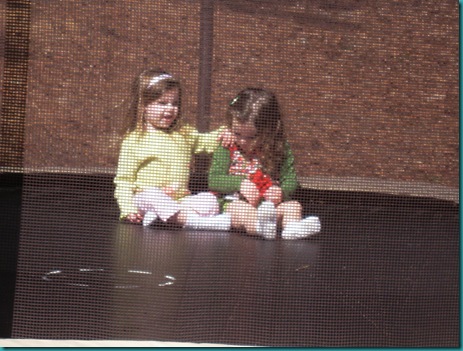 The birthday boy, however, wasn’t too cool to dump all the guys and come join the girls, despite how they might have felt about his intrusion into their girl talk: 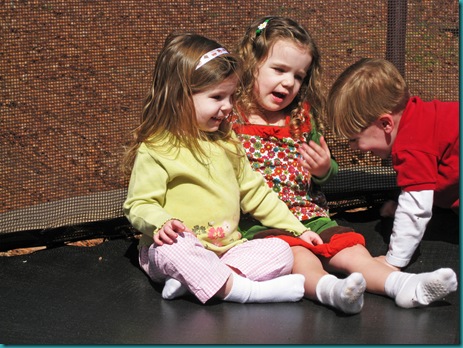 He got the nervous giggles. Ali wondered why. 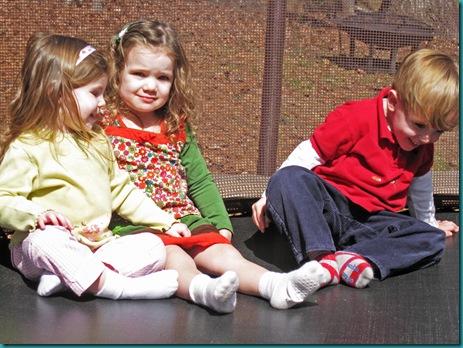 He was sure to make his position of boyfriend known, scaring off all of the other bigger, more imposing boys who might have stopped to visit with the girls: 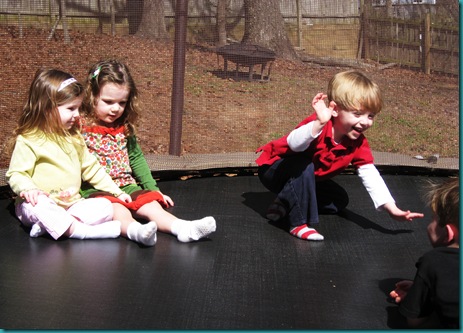 And he even pulled out his serious face on when the occasion called for it: 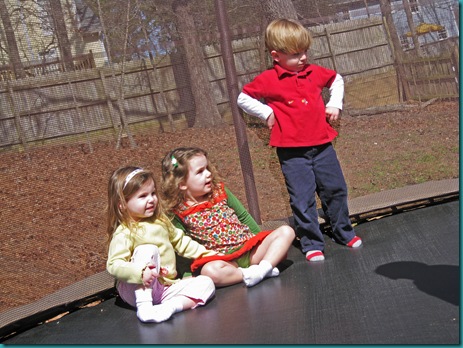 Which ultimately won him a spot on the bleachers… 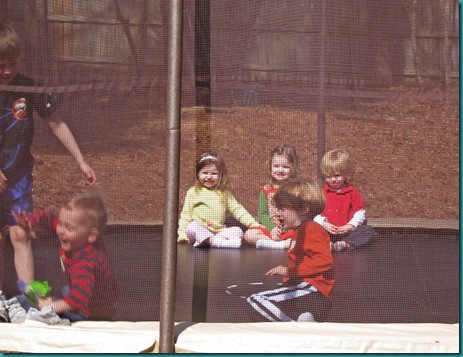 And a hug at the end of the day. 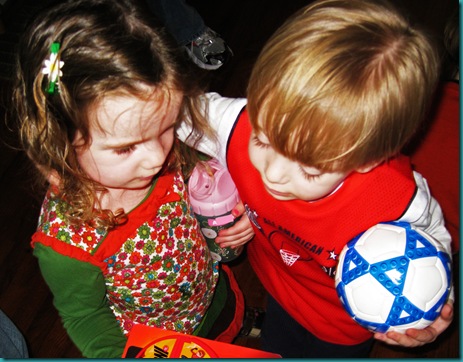