Have you ever looked closely at food advertisements? They aren’t nearly as appetizing as they are when you DON’T look at them.

For instance, I have never had coffee that would just sit gelatinously up above the cup: 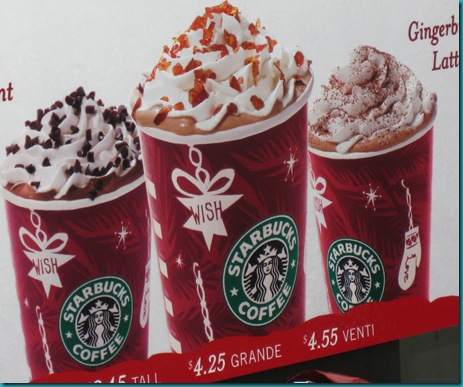 For those of you whose kids are begging for Rock Band or Dance Dance Revolution, and you’re weary of the music, I spotted this at Lifeway: 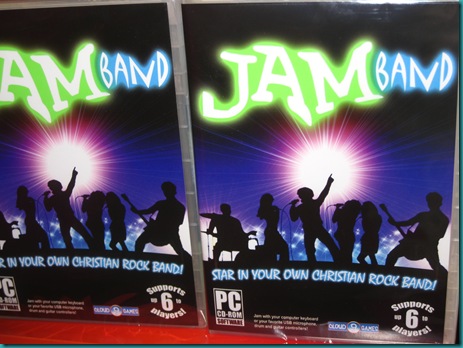 Yes, you CAN be in your own virtual Christian Rock Band now!

So saddle up your horses….and go west young man!!

Now I used to drive a Honda Civic, and loved it. In fact, I’ve had four different Honda Civics. So I think I have the right to say that it’s not really a car that depicts what this tag is trying to portray: 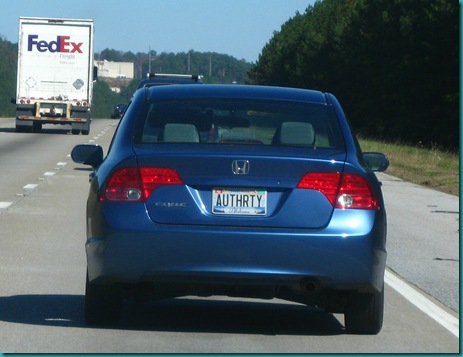 Yes, Sir. I am feeling your intimidating and overbearing authority as you drive along in your baby blue compact car.

Maybe this isn’t weird to you, and maybe it’s not even odd, but I have personally never seen garbage picked up with a forklift. 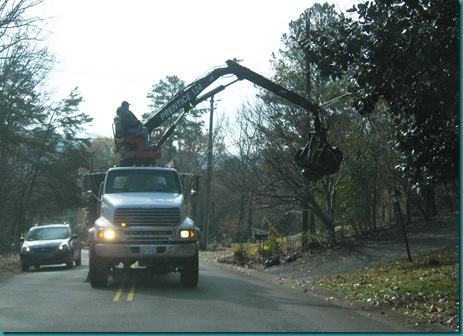 Apparently, Mountain Brook is getting too uppity to have their garbage men actually pick up the trash cans and dump them like regular folk.

Have you ever wanted a vehicle with wheels AND with a view? Now they have them. We spotted this in Atlanta: 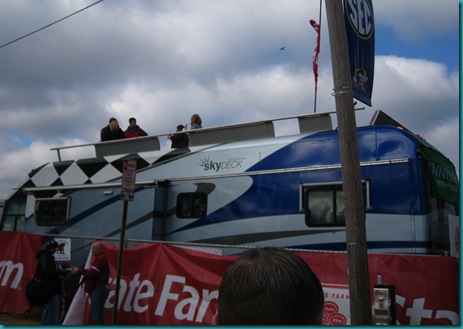 I have a feeling that there are a LOT of those on race weekends in Talladega.

We went to Copeland’s while in Atlanta, one of our formerly-in-Birmingham-but-closed-because-of-our-curse restaurants, and I was pleasantly surprised to see that they still serve their always giggle inducing vegetable special: 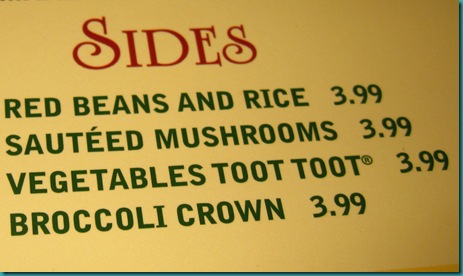 I love that they went to the trouble to copyright the name. As if there were restaurants lining up to liken their food to a bodily function.

Speaking of, I love that this is called “Holiday INSPIRATIONS”: 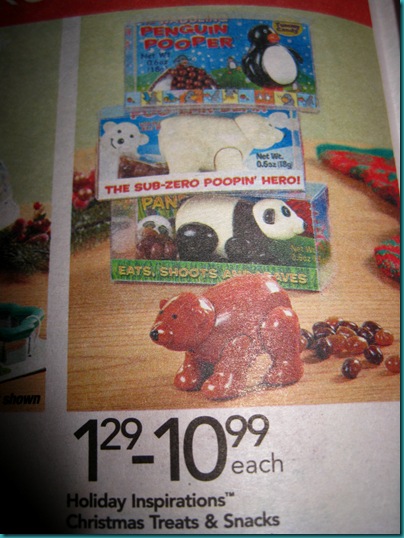 …because I’m always so very inspired with holiday spirit when there’s a toy bear or penguin pooping candy at me.

And finally, Ali has learned a new trick – she can move her eyes independently of each other (something that is apparently genetic, as her Daddy can, also).

A trick which has now been banned, because I got paranoid of what she was doing to her eyes. 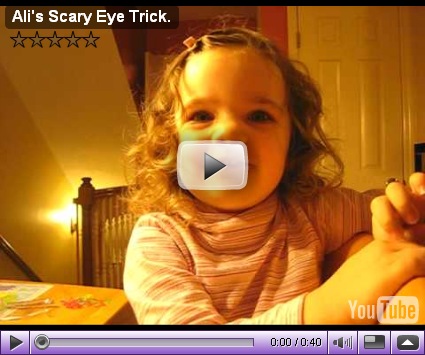