Ali and I have been taking trips to the park lately to feed the geese. And, because we’re nice (and we’re afraid of what they’d do to us if we didn’t), we’ve also fed the overly pushy and extraordinarily frightening Ugly Ducks.

…of whom I mentioned one day on Twitter and Facebook, and no one seemed to know what I was talking about (except for my one Zoologist friend).

So, let me introduce you to quite possibly the ugliest creature that God has ever made: 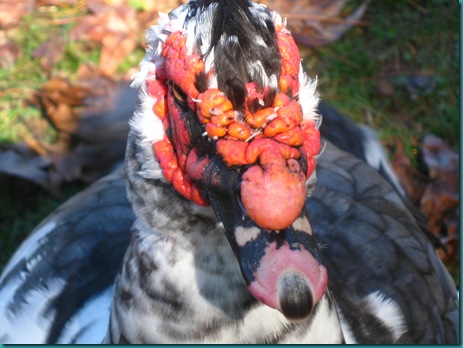 I’ve heard that this is what happens when Geese and Ducks decide to inter-marry, but I don’t know if that’s true… but they are covered in bulbous red and slimy warts, are unattractively spotty, waddle like a lady 12 months pregnant, and make the most disgusting belchous quacks you’ve ever heard. 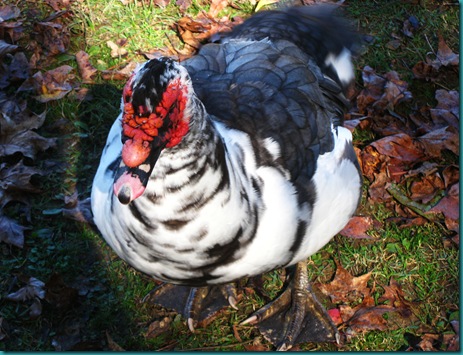 But, after all, they need to eat too.

The first day we went was a spur of the moment decision after gymnastics, so instead of taking our old bread, we actually paid about 20 times the retail price for THEIR cat food to feed THEIR geese: 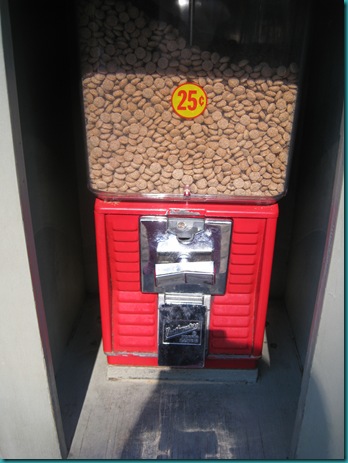 But it made for some happy geese, ugly ducks, and a toddler: 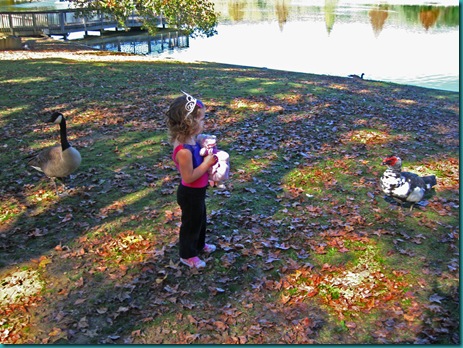 When we first got there, Ali was thrilled and pointing at the Uglies: 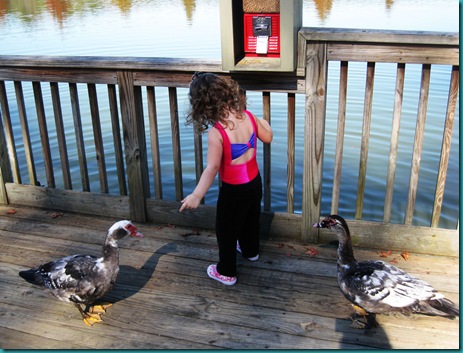 But I quickly warned her (thanks to my previous Mommy Mistakes) that if she did that, they WOULD bite her finger. 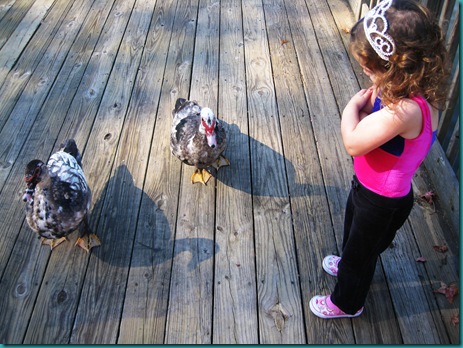 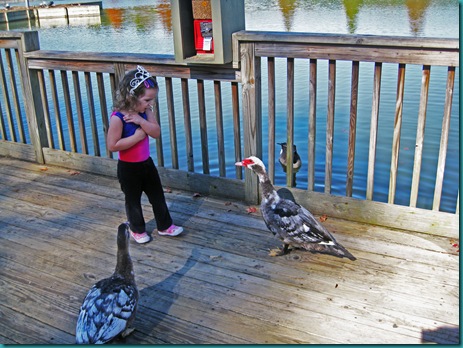 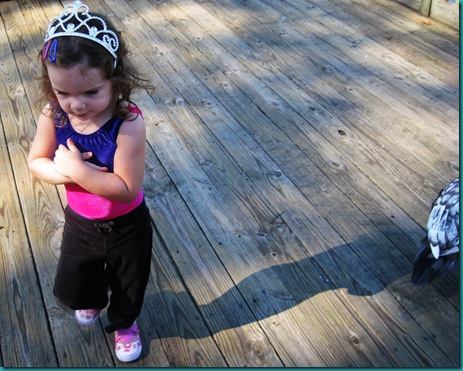 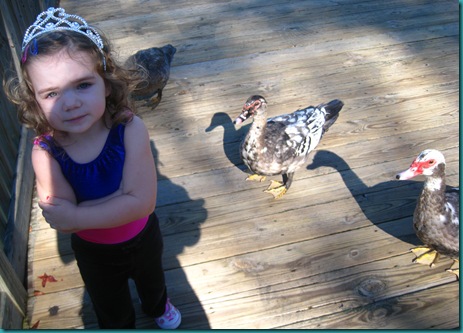 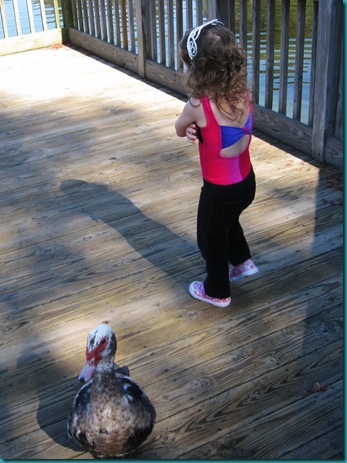 I didn’t have to tell her twice. 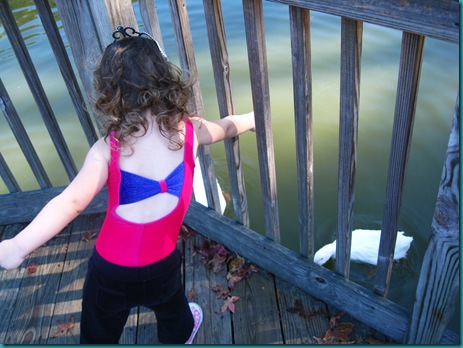 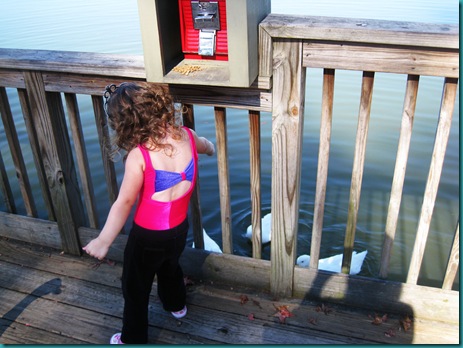 And I can’t say I blame her.

But she did dole out some of her princess goodness on the uglies, as well: 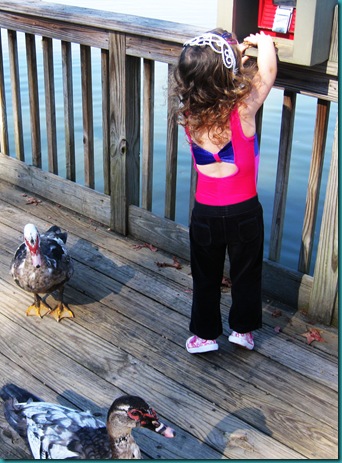 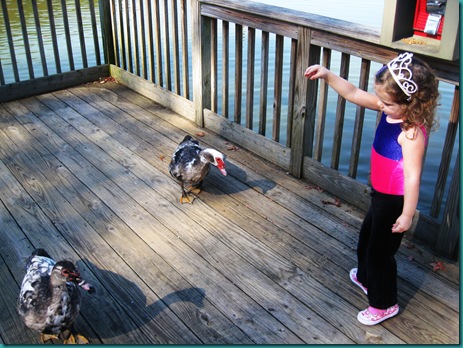 Then, after a few laps of “Balance Beam Walking”, 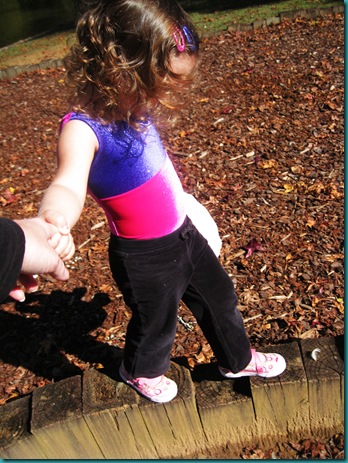 It was time to bid the ducks, geese, and uglies goodbye. 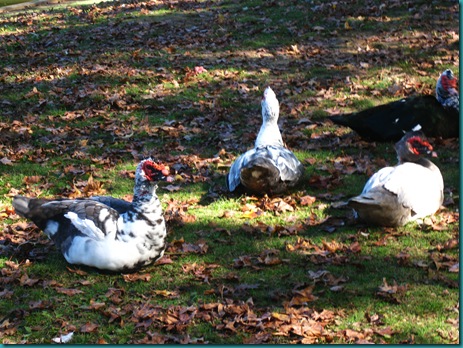 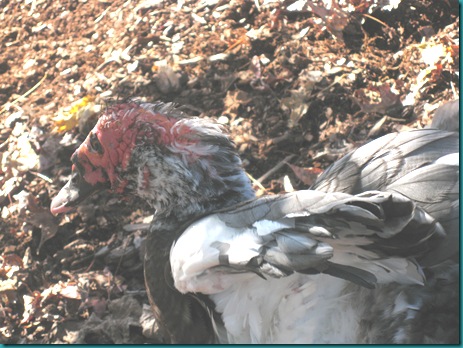 Yikes. She should be having nightmares about Ugly Ducks instead of Cinderella’s Dress – I certainly am.