Chris and I had the American Music Awards on in the background Sunday night while we busied ourselves with other tasks. But despite the fact that we were hardly paying it any attention, there was an overarching trend that was inescapable of our notice: 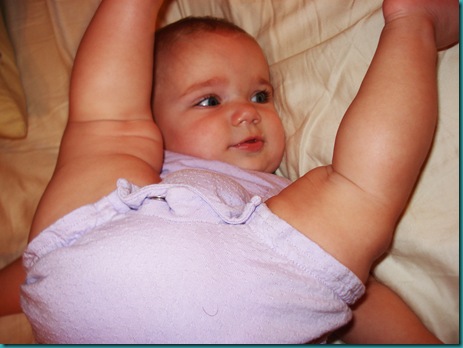 Apparently, they are all the rage.

Gone are the days of singers wearing such short skirts that you think you’re ABOUT to see their crotch. No, they have discarded the skirt all together and just resorted to the outfit of a 6 month old.

Fergie started the night out in her very poofy onesie – I guess to give it the true infant-with-a-diaper-inside-my-onesie look: 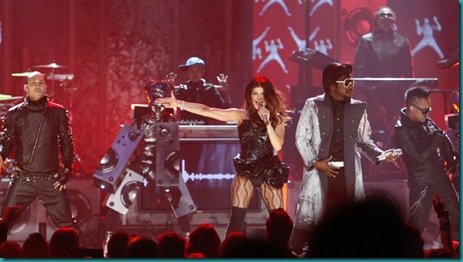 Then Shakira and all of her backup dancers were sure to draw attention to the fact that they were NOT missing out on this fad by checking out each other’s onesies: 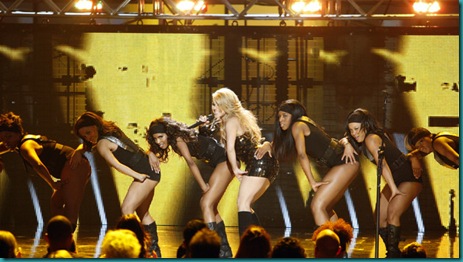 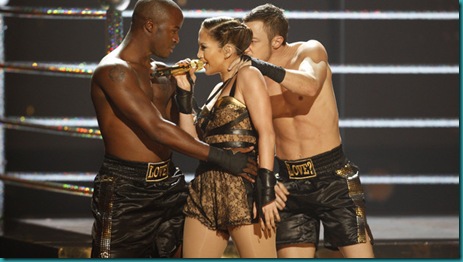 Lady Gaga went with the medical supply Onesie – made out of ace bandages and a headpiece of cotton swabs: 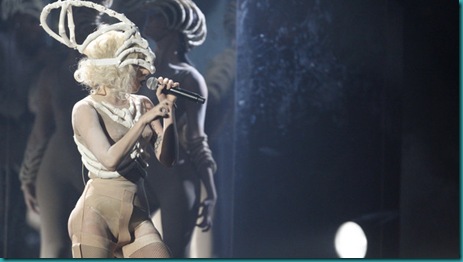 Rihanna stole her onesie idea from a girl we saw at Dragon*Con: 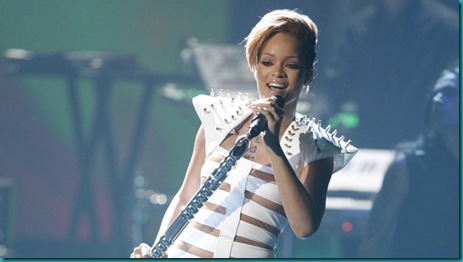 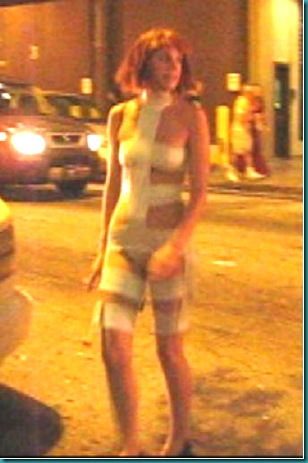 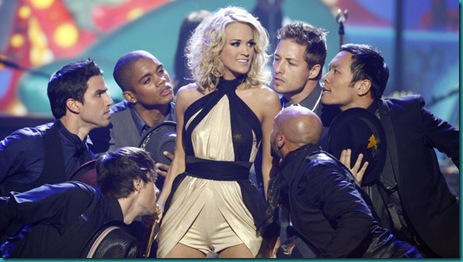 Of course, onesies weren’t the only statements made at the AMAs.

Jermaine Jackson had to show that the best naming strategy for your kids is to take the first syllable of your name and put it before the most ridiculous of terms. Freaky Scientist kid in the back’s name: Jermajesty. 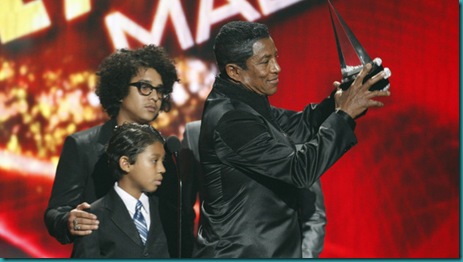 And Kate Hudson tried to bring to style the man-chest look with the super long straps on her dress and lack of undergarmentage, all of which don’t exactly give off a very feminine look: 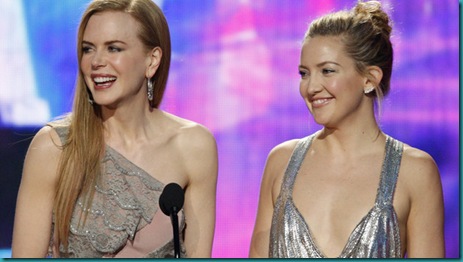 I guess if you’re going to insist on showing that much skin, at least make it TOTALLY UNATTRACTIVE to the male mind because it just looks like one of their running buddies in a tank top.

And I couldn’t COUNT the number of times she adjusted that top while on stage for a whole minute and a half. Nervous much, Kate?

And yes, we did, unfortunately, see Adam Lambert’s performance. And no, I will not be blogging about it for fear that I will have to re-immerse myself into boiling water in the attempt to cleanse my mind from that horridness.

But the bottom line is, babies everywhere should rejoice – because the onesie look that they pioneered most definitely took first place at the AMAs. 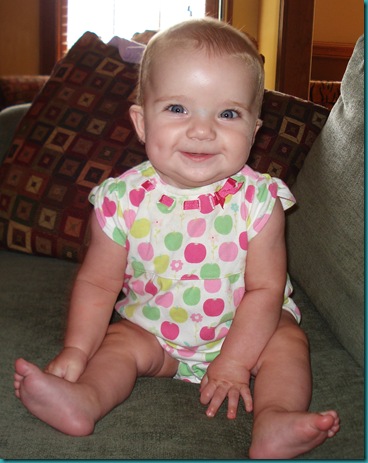 Then again, maybe they should just be disturbed. 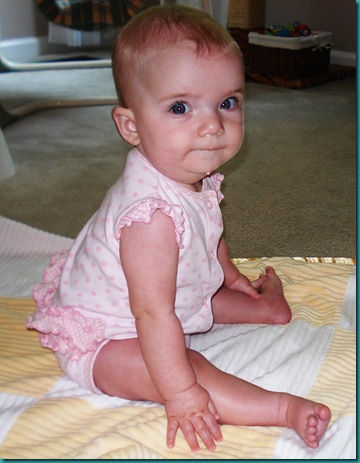