So my mind is apparently already on a Thanksgiving break. I am seriously having trouble putting sentences together…

Maybe I’ll actually take a day or two off as a bloggy break for Thanksgiving – something I’ve actually never done.

I know, I’m too obsessive to COMPLETELY break. If I do, I’ll leave you with old reruns or maybe some unpublished posts out of my drafts folder.

Or maybe my brain will arrive back on the scene and I’ll get re-invigorated.

In the meantime, I’ll just share a few things from our weekend.

My favorite pic of the weekend first: Ali and AJ, playing Princess Turnover: 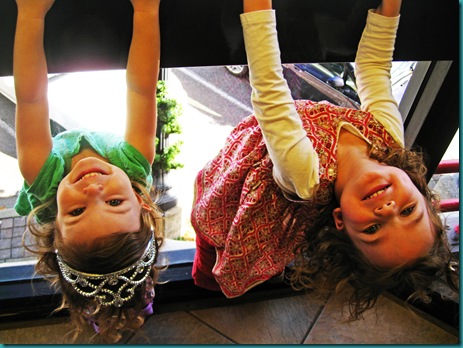 Ali is STILL on track with her new, err, skills, and after her THIRD achievement IN A ROW, we got something extra special for her reward – Yogurt Mountain. Partially because I’d been wanting to try it myself, and partially because I didn’t have any Princess Gummies with me.

I never knew how much kid’s treats were actually determined by what the PARENT wanted until I became one.

Yogurt Mountain is a self-serve Frozen Yogurt shop where you pick from dozens of flavors of Frozen Yogurt and bazillions of toppings to make your own creation (at the very reasonable price of $0.45/ounce, I might say). We followed Ali’s typical Goldilocks Formula in the creation of our masterpieces: 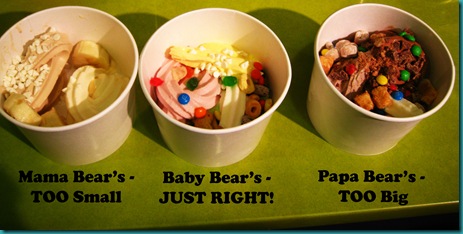 …although I’m not sure if Ali’s was really “just right”. It WAS rather huge: 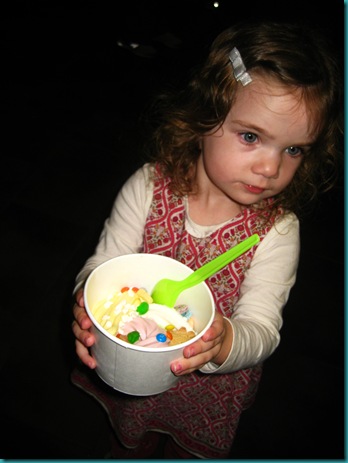 But it served it’s purpose and furthered the propoganda that pooping in the potty is VERY! VERY! REWARDING! 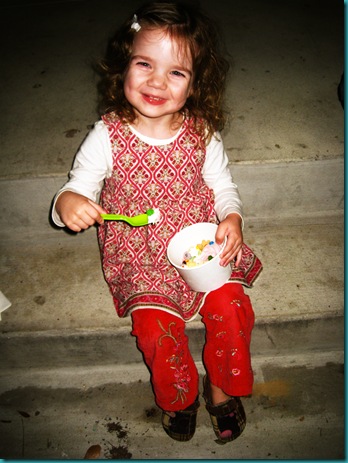 Saturday was the last Alabama home game – the weather was perfect, the opponent was lousy, and the game time was early – it was the ideal game to let Ali have another stadium experience. So we headed to Tuscaloosa, where Ali showed her wisdom in making sure that she carried the biggest stick: 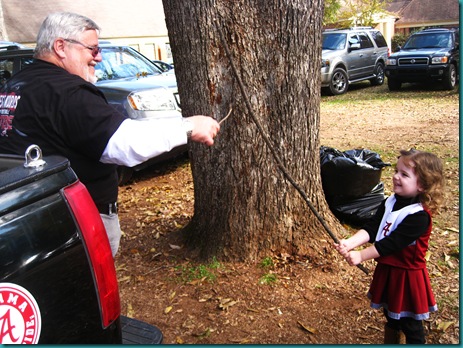 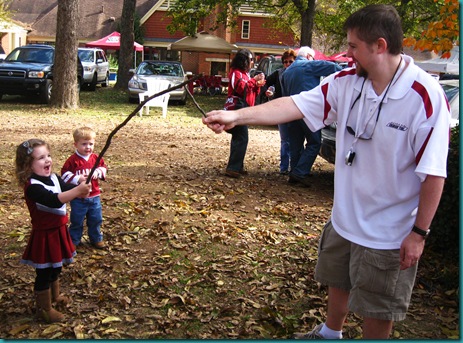 And, although she seemed to take special joy in the brutality of sword fighting, her friend Briley was QUITE disturbed by her malicious fighting aggression: 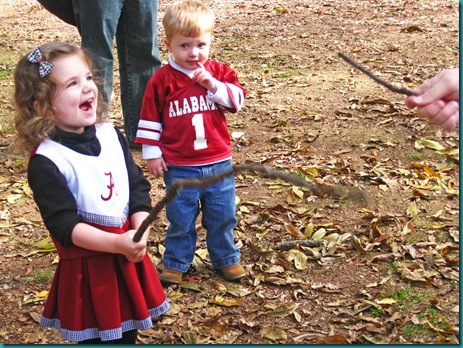 At any rate, we finally pried the sword from her Inigo Montoya-esque grip and headed into the stadium: 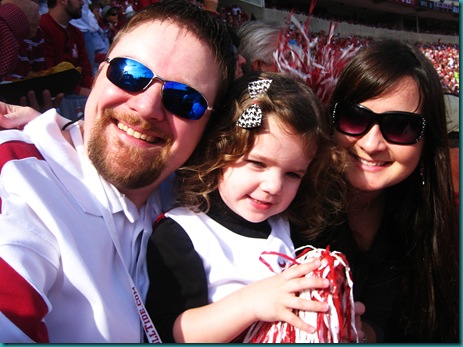 Where I saw one last football fashion disaster, for those who can’t decide if they want to wear small, medium, or large printed houndstooth: 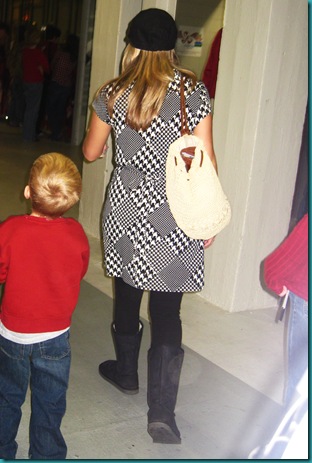 My advice: even if you’re not sure which would look best on you, please PICK ONE – ANY of them would look better than ALL.

We got to also catch the “Dancing Girls” practicing their act again, where Ali tried to lead them in a new routine: 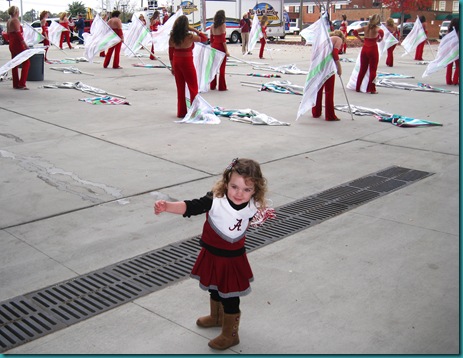 And pointed out, “Look Mommy, they’re all wearing bras like you!” 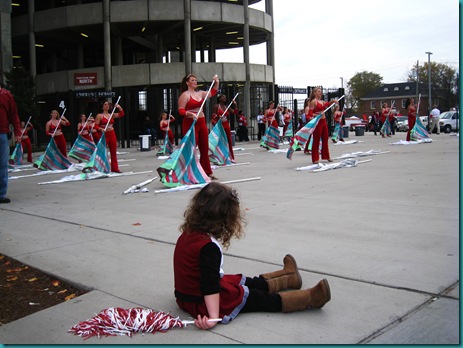 Yes, baby, but mine isn’t on the OUTSIDE.