I’m back safe and sound in my happy little Birmingham now, after my grand adventures in The Big City. Having never been to New York City before, I learned a LOT. Some things that I learned were confirmations of the way I had always “heard” it was.

The massive crush of people EVERYWHERE – yup, that too. But there were some other things that I learned about The Big Apple:

Everything is classier in Manhattan. Even the things that usually have no class whatsoever: 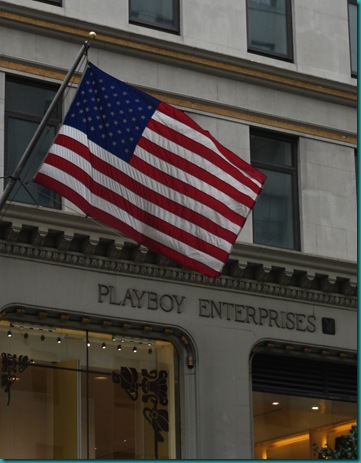 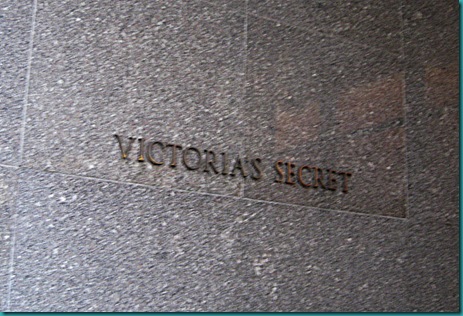 Seriously – inside Victoria’s Secret headquarters: Not a single way-too-larger-than-life-and-nearly-naked picture: 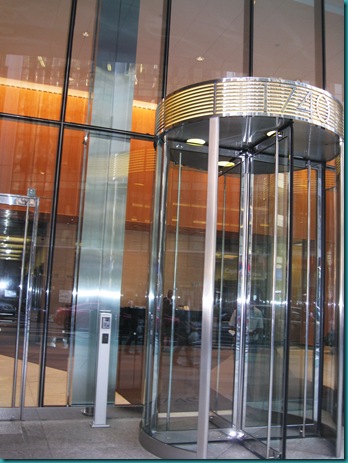 I wish I could shop THERE for my underthings rather than the actual store.

Speaking of Larger-than-Life, New York is making efforts at fighting the stereotypes and cultural expectations created by the overwhelming amount of ten-thousand-foot tall super-skinny-sexy ads all over the city by having this statue in the mall, mere feet from said ads: 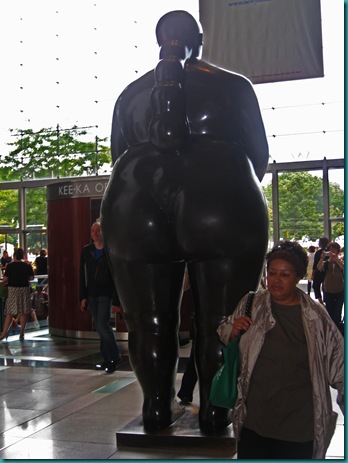 And, of course, this statue came with her male counterpart. 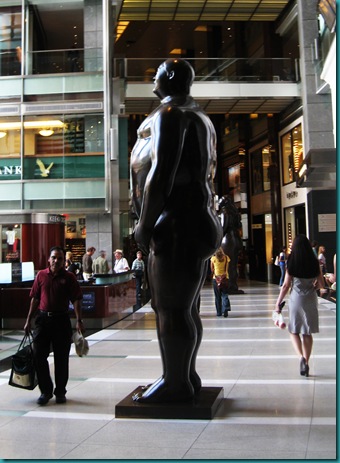 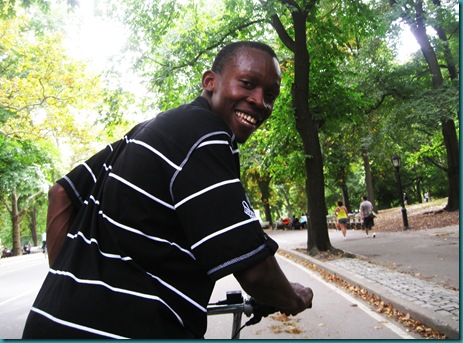 His favorite subject was where movies were filmed. He showed me EVERY spot in Central Park that EVER had a movie filmed there…

And even the statutes in tribute to characters in movies, including this statue to Balto, the dog from Alaska. 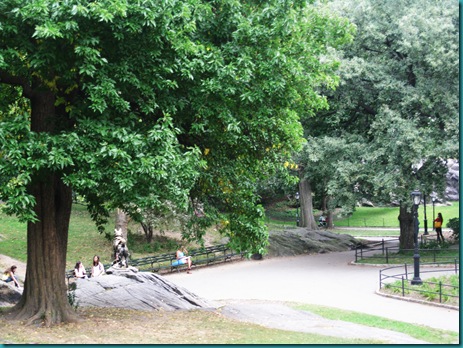 Me: “No, not so much. It’s pretty much the exact opposite direction.”

Bubar: “Are you sure? I always thought they were next to each other.”

Only in the alphabetical listing, Bubar.

Bubar was also very set on showing me where all of the celebrities lived around Central Park, and it did strike me as odd that in our suburbian-sprawl city of Birmingham, the richest of the rich hide away behind gated communities and estates. Whereas in New York, they are in THE most visible parts of the city.. 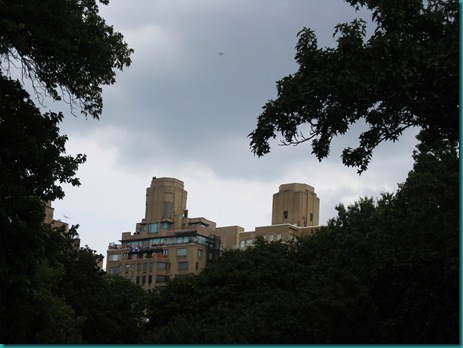 And although some of these buildings that housed celebrities had magnificent architecture, 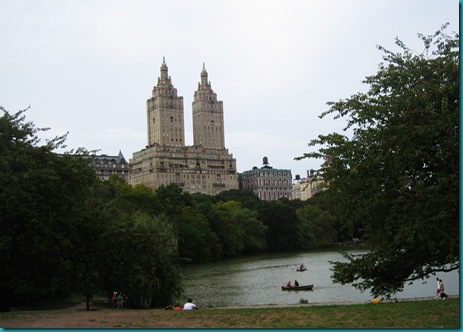 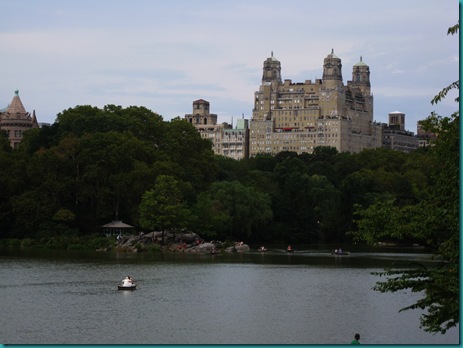 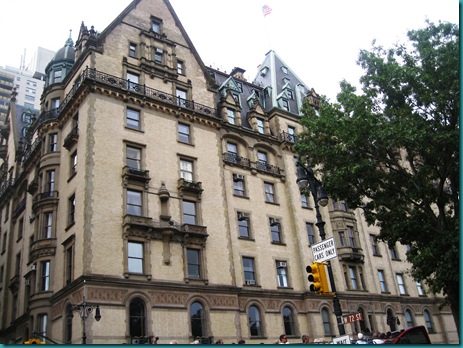 A lot looked like any old building that could be found in a declining downtown area, totally unsuspect of their multi-million dollar apartment pricetags: 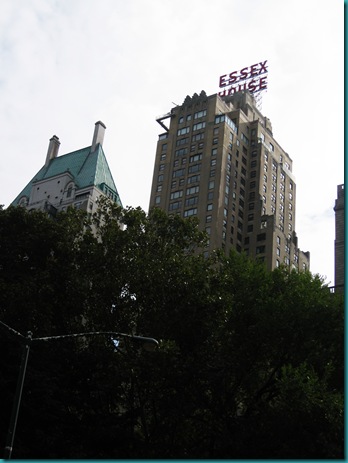 (By the way, if you’re interested, according to Bubar, Angelina Jolie and Brad Pitt have a condo in the Essex House, and Yoko Ono lives in the beautiful building in the picture right above.)

Speaking of rich celebrities, Bubar kept trying to lump me into “rich people” like the people that lived in the buildings. I kept telling him that I was NOT at ALL rich, but he kept saying it.

Then, when the tour was over, I made the mistake of asking him to drop me off on Fifth Avenue.

I quickly stammered “Obviously I can’t BUY anything, I just want to see it.”

Bubar was a great tour guide, and he was quite insistent that he needed to take this picture for me: 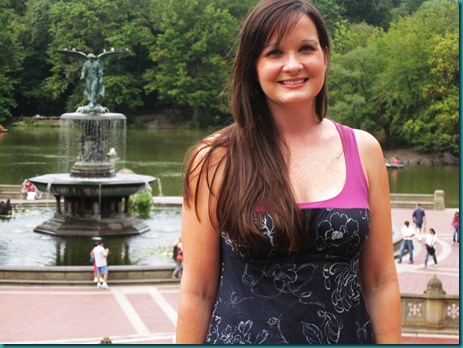 Which led to a panic attack that I had right after Bubar dropped me off and I reached into my camera case and my camera was gone. All of a sudden all of my nice thoughts about Bubar vanished and I thought he managed to lift my camera. I took off running down the street in the direction he came, completely panicked and knowing I’d never catch him, when all of a sudden I realized…

It was hanging on my wrist.

Sorry, Bubar. I should have never doubted you.

So, on Fifth Avenue: I didn’t have the guts to enter a single store, except for FAO Schwarz: 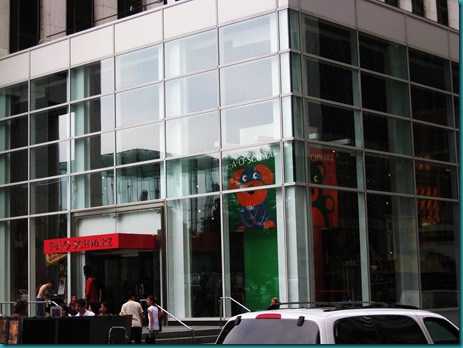 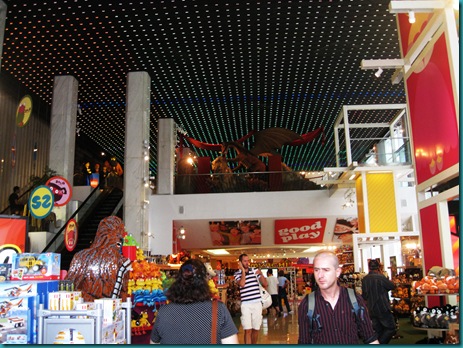 There were awesome Full-Sized Lego creations of Harry Potter, Ron, Hermione, and Hagrid: 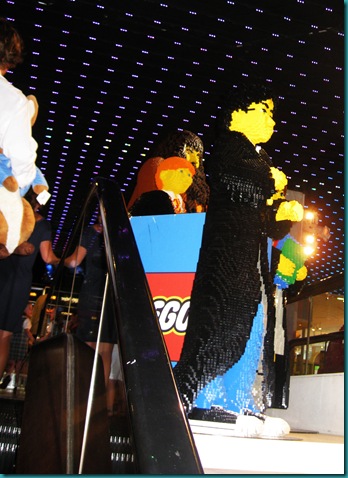 This is the angle of me looking UP at Hagrid – he had to have been twelve feet tall: 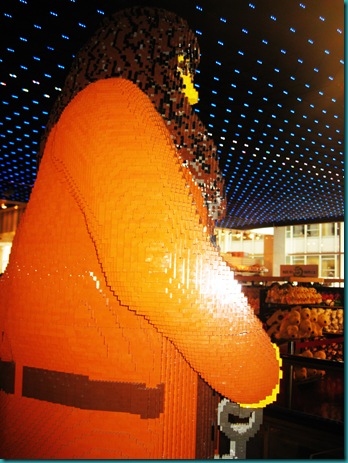 And a toy soldier made out of gumballs: 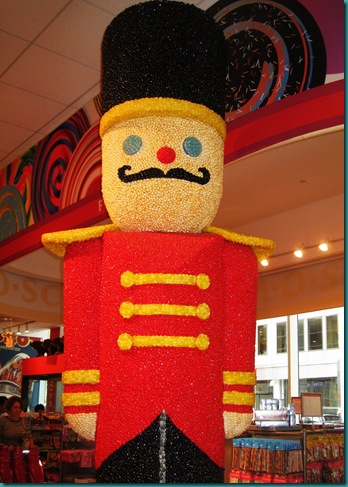 I really had no idea what an obsession I had with toy stores until I came to NYC.

I somehow got totally mixed up in FAO and ended up on a different street and went three blocks away before I realized my mistake. After finding my way BACK to Fifth, I continued my quest for NYC Understanding.

For instance, all of the stores had security men with fancy earpieces waiting to attack me for entering the holy of holies without at least $10,000 in cash in my wallet: 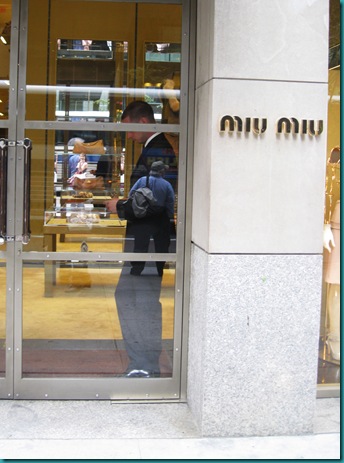 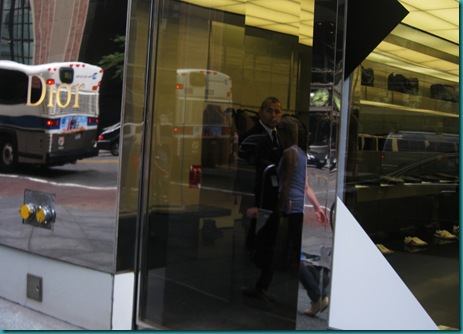 And, among all of the top designer stores that I recognized, 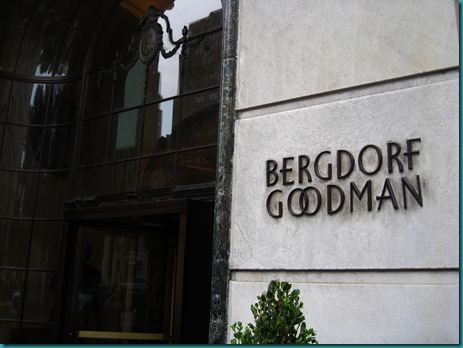 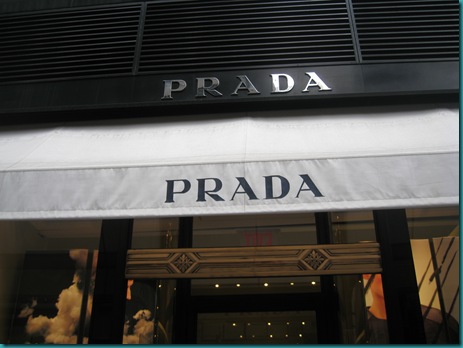 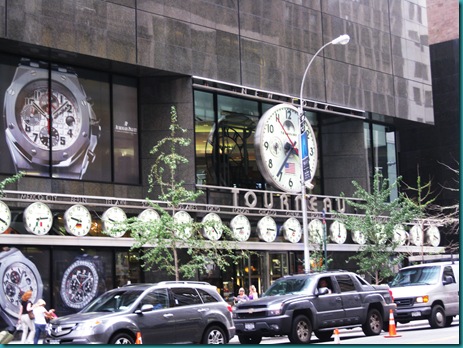 There were some slightly less-than-smart-with-the-whole-uppity-naming-thing designers, also on Fifth Avenue: 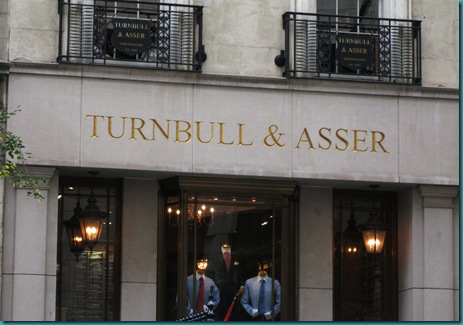 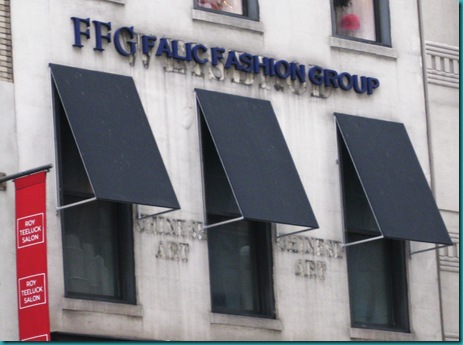 18 thoughts on “NYC, From A (Blogger’s) Observation Deck”