I absolutely HATED the movie A Christmas Story as a kid.

Maybe it was because my Grandparents always had it in the VHS player, all too eager to cue up EVERY time we came over, regardless of whether it was July or December.

Or, maybe it was because it is THE MOST DEPRESSING MOVIE EVER MADE.

However, there was one part that I always found fascinating: The Decoder Ring. 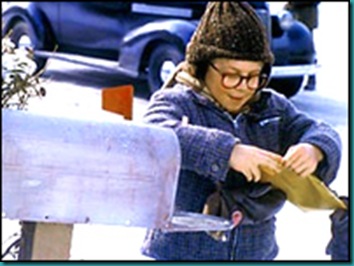 I always wanted to be a detective as a little girl. In fact, there was a period of time where I insisted on being called “Carmen Sandiego”.

(I don’t remember exactly when that occurred, except that it immediately followed the time period where I answered to the name “Nancy Drew”.) 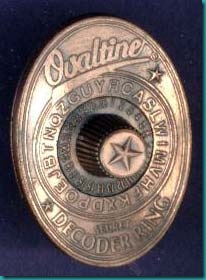 So, the idea of a decoder ring always fascinated me.

And now., I find myself a grown woman – a Mommy, a wife, with an accounting degree (just as exciting as “Detective”, don’t you think?), but I still have a thrill run down my spine whenever I solve a mystery.

(You might have already noticed my penchant for mysteries from The Neighborhood Mystery, The Perfume Mystery, The Magically Appearing Water Mystery, The Blue Light Mystery, or The ALDOT Mystery.)

And, I have had TWO spine-chillingly thrilling solved mysteries in the past couple of days, so obviously, I am one happy detective.

Case Closed #1: The Case of the Unfounded Hate.

I am pretty convinced that toddlers rarely say anything that is completely random. Nearly everything that they come up with is based off of some sort of prior frame of reference that someone has taught them.

Due to this belief, I was quite worried (and a bit mystified) the other day when Ali told me in her cheeriest, most endearing voice that she hated me.

But then, this morning (two weeks after the original hatred incident), it all came together.

I went to get Ali out of bed this morning, and again in the most sweet, cheery voice, she said, “I hate you calling me, Mommy!!”

Clear as a bell, again, “I hate you calling me, Mommy!”

Besides her reaction, something just didn’t seem right – that sentence sounded very familiar.

And then it clicked – she was quoting me. Except that she was just mispronouncing a VERY important word.

Background: She likes staying in bed for a while after she wakes up (if I come too soon to get her, she asks me to go away and close the door). Eventually, she starts saying in a quiet voice, “I’m ready to get up now, Mommy.” I hear this cue on the monitor, and go get her. I often greet her by saying in a cheery, sing-song voice, “I heard you calling me, Ali!” 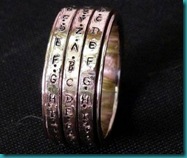 Line up the decoder ring, and:

Wow. All that time, she was just telling me that she heard me.

(And, if you want to experience this for yourself, I recorded it tonight. Just ignore the mess in the background, and my annoying and incessant efforts at trying to get her to say the same thing over and over.)

Case Closed #2: The Case of Tessa and the Snot.

Remember Ali’s observation that Baby Tessa was older than her snot?

Well that one definitely pushed the limits of my Theory on the Unrandomability of Toddlers. So it kept nagging at me.

What was the connection between Ali’s snot and Baby Tessa?

And then, laying in bed way past the time I should have fallen asleep (which is when I come up with everything of any importance), it hit me: The day that Tessa was born, Ali was getting over a cold. She had been telling everyone at the hospital that she “was a little snotty”, and I didn’t allow her to get close to Baby Tessa because of that.

(At which point, she asked me, “Because Baby Tessa will get me sick?”

“No baby, quite the opposite.”)

Anyway, she was remembering that she had been “A little snotty” the day Tessa was born, and so she associated the two together.

And THAT’S how Tessa got to be older than Ali’s snot.

Now that I’ve solved these mysteries, it’s time to go throw back my strawberry blond hair, kick back and celebrate with my best friends Bess and George and my boyfriend Ned.

And if they’re lucky, we might invite The Hardy Boys over.