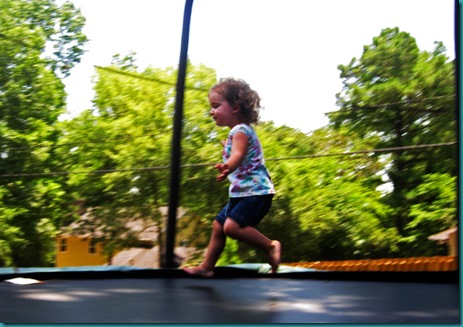 We are enjoying our new trampoline immensely, thankyouforasking.

And besides one slight moment of OhCrapMyDadWasRight Panic when I mysteriously got a pulled muscle in my back that lasted for a couple of days, no one has gotten injured on it.

The placement of our trampoline is under the big tree in our backyard for shade, which has it’s pro and cons.

Pro: well, that would be the shade.

Cons:
Obviously, there is leaf fallage. And prickly fallage (What are pricklies? They are also known as gumdrops, but I’m not quite sure why as they are not nearly as delicious to eat as gumdrops.)

On day two of trampoline ownership, we started noticing a surprisingly large quantity of very uniformed shaped bark droppings. I looked at them closer, and they looked eerily familiar. Then it hit me: they looked like a miniature version of my pet poisonous caterpillar’s poo!

So I studied it more closely, and sure enough, they were all way too uniform to be bark bits. They were tiny cylindrical turds. Caterpillar turds. 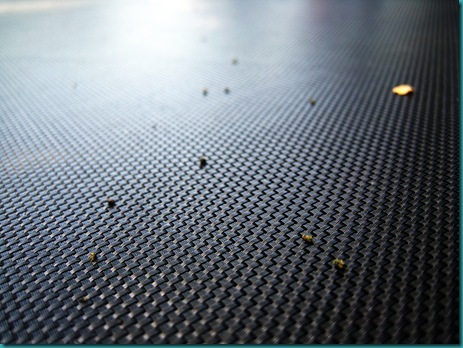 I swear, the Caterpillar Union is after me.

Then, sure enough, every time we went out to jump, a caterpillar or two would drop from the skies above onto the trampoline.

Not poisonous ones, mind you. Teensy Tiny green friendly ones. 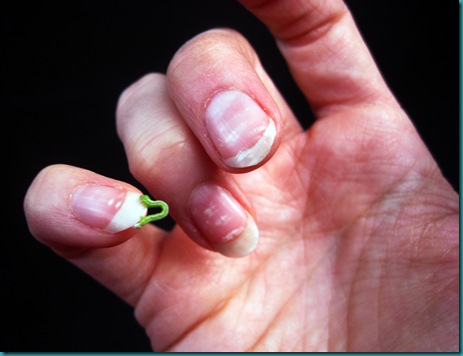 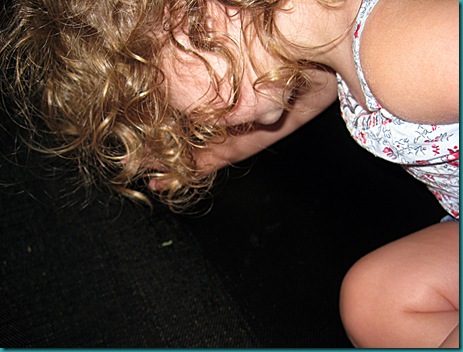 But despite their green cuteness, it’s kinda gross to jump in turds of any type, microscopic or not. So I’ve been keeping a broom nearby and have been attempting to beat back the excrement population as best as I can.

It sounds gross, but they really are microscopic and quite dry and hard. I don’t think anyone who hadn’t recently had a caterpillar experience would even realize that they were poo.

Except for the one turd in a thousand that is a bit looser than the rest – apparently from a caterpillar who didn’t chew enough leaves with his berries.

Anyway, enough about that.

Another great benefit that we have found in our trampoline is what Chris and I have lovingly dubbed “Tramp Time”.

I know what you’re thinking. Stop it.

Our Pastor always recommends “Porch Time” for couples to make sure that they’re communicating, but our front porch is a mosquito breeding ground. So we’ve found that Tramp Time is quite a wonderful substitute.

We’ve been going out at night after Ali goes to bed and jumping, visiting, talking, looking at the stars. It’s kind of like being outdoors but with a few less bugs. And somewhere comfortable to lay while talking about the huge and the minutia items of life.

Some of you have asked how my Dad has liked us getting a trampoline, since he didn’t allow me to have one when I was a kid. Aside from a comment or two about me snarkily picking on him in my last blog, he hasn’t said much.

But, for some reason, he hasn’t allowed my Mom to jump on it…strange.

But then again, her walker and/or crutches would probably puncture a hole in it anyway.