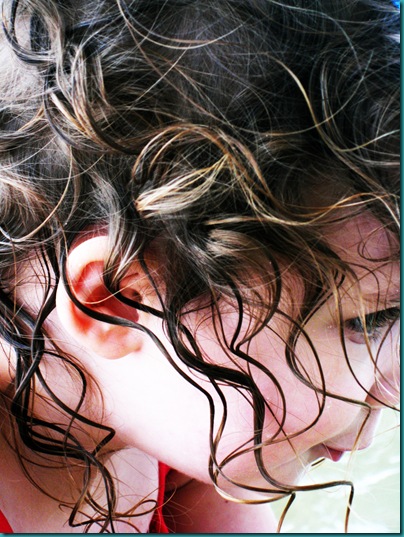 We are currently on our way home from the beach. I’m sure I’ll post more pictures later in the week, but there’s just a ton of tidbits that I haven’t had the chance to share on here in the past few days, so this post is the ever-random update post.

First of all, if you’ve seen any of my Twitter statuses scroll by over the past few days, you might have noticed that I’ve been all aflutter with crazy planning to do something extraordinarily spontaneous for me: I’m going to BlogHer ’09 in Chicago on Thursday!!

For those of you that are saying, “huh?”, Blogher is a very large blogging conference for women (took me forever to figure out how to word that – it started out as “very large women’s blogging conference”, but that just wasn’t coming across right) that happens annually.

I wanted to go, but just didn’t really pursue making it happen (i.e. paying for it myself or knocking down doors trying to find a sponsor).

However, last week, someone whom I’ve worked with through blogging for a long time contacted me and offered me a sponsorship if I would come and help them promote a new website they are starting (more details about that later).

I was immediately thrilled with the possibility, and have been working like mad trying to obtain a ticket (they’ve been sold out for months), flight, and hotel room. PLUS trying to figure out where I’m supposed to go, what I’m supposed to wear (still confused on that one), and on and on.

To say the least, it’s been completely overwhelming, yet exhilarating! But panicky too – I don’t usually travel without Chris and Ali. I will miss them terribly!!

So anyway, I’m sure I should have much to blog about at the end of this week – I mean, where is a better place to find blog fodder than at a BLOGGING CONFERENCE?

I also need to update you on The Magical Perfume.
Several people have asked me how the perfume was once I bought it.

And, I’m sorry to say, that the journey of discovery isn’t over.
Once I bought it, Chris wasn’t as sure. He would give me doubtful sounding responses such as “I LIKE it. . .”, and “it smells NICE. . . ”

NOT the responses that would be obtained had it been, actually, the magical perfume.

Luckily, I bought the tiniest itty bitty travel size they had, and he DOES like it, so it will do until I find The One and Only Magical Perfume.

So, the journey of aroma discovery will surely continue. And Chris keeps reminding me that all worthwhile treasure hunts take time, the gathering of clues, and, oh yeah, TIME.

So I shan’t be discouraged. I SHALL smell magical one day!

I’ve also gotten a few questions about the As-Yet-Un-Exorcised Fridge.

It has gotten better, but it’s still iffy. I turned the temperature down all the way, which seems to have helped, but my last half gallon of milk still went sour five days early.

I asked the milk guy at my grocery store about it, and he said that their milk normally lasts over a week past the expiration date for him (mine has been going bad 5-10 days early).

Then again, he WAS the milk guy.

Chris put an independent thermometer in the fridge, and it’s reading at 29 degrees – which seems surely cold enough for a fridge!! But I need to research it and find out if, indeed, that is the right temperature.

And, I anti-bacterialized the whole thing again.

I think I need a new, purty, fancy Fridge. Don’t you?

She is MUCH better – in fact, she is allowed to put her whole weight on her foot, as of last Monday!!

Apparently, the doctor WAY over-emphasized the healing process when she was in the hospital, presumably because he could sense that my Mom was a very very busy lady and would potentially cheat the process if he didn’t make it sound super grim.

(Maybe it was my Mom begging “Can I still teach at Vacation Bible School next week?” that clued him in.)

So everything has gone quicker, smoother, and less painful than we were told, which is awesome!

My sister-in-law, Lindsay, is having Tessa Kate tomorrow! I’m sure she and I will have pictures and updates up tomorrow for you, and Eli will be a very proud big brother.

And, last thing – tomorrow is the last day to enter all of the Start of Summer giveaways (except for the Zoës Kitchen one) – so if you haven’t entered, be sure to do so!! Links to each one are at the top left sidebar.

Well, that’s it! I think I’ve addressed everyone’s questions, and in doing so, there’s enough update in this post to be a full-fledged newspaper! So feel free to print this out, lay it out on the floor, and let your dog pee on it. (Do people still do that?)