I have formed a theory.

Toddler interaction and together-play has an inverse relationship with toy-like activities.

For instance, if we go to the McWane Center or the Park with AJ, where there is a very high level of fun distracting things to play with, Ali and AJ tend to go in opposite directions, both differently distracted.

If we are at home, where there is a medium level of toy distractions, they will play together half the time and play alone half the time.

However, if we are at a restaurant, outside with no toys, or anywhere else where there are (in toddler terms) bleak landscapes, they play together constantly, make up games, sing songs, and talk.

So I’m thinking we should get rid of all toys and parks and playgrounds and just have toddlers interact in wide open spaces.

Hm. Or maybe not.

However, I tested my theory last night when AJ came to stay with us for a while. And it proved to be pretty solid.

When we were on the porch with nothing but the porch swing, they wanted to sit together, talk, and play together: 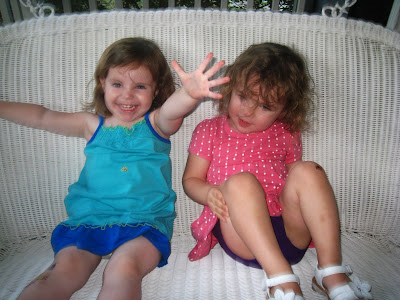 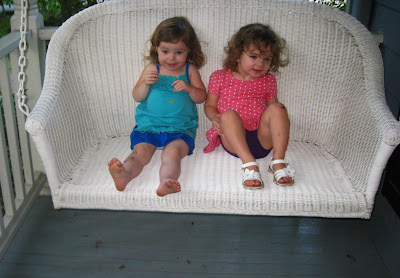 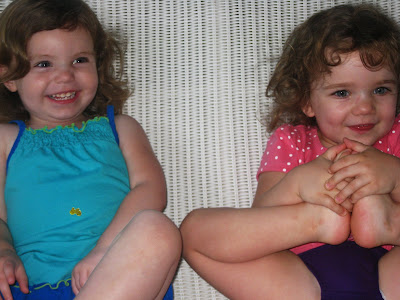 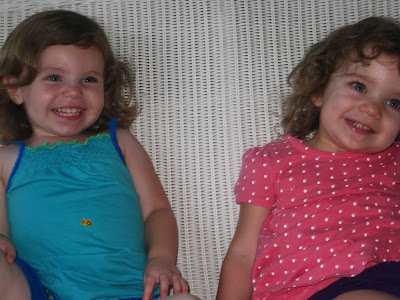 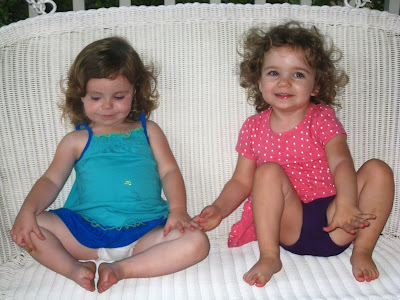 We went to dinner at Taziki’s, and they danced together all the way through the meal, and then for quite a while afterwards, as happy with their toy-less landscape as can be:

Chris and I sat, and talked, and relaxed.

But when we played inside with all the toys, they played some together, argued about a toy a couple of times, and played alone (and even in opposite rooms!) quite a bit.

I’m going to have to delve further into the application and maximum usage to my advantage of this theory.

In other news, AJ is now sleeping in a big girl bed, so she’s not a big fan of pack n’ plays anymore. But we have a big pack n’ play that we hardly ever bring out, so we sold it to her as a “very, very, very special bed”. She bought it hook, line and sinker. 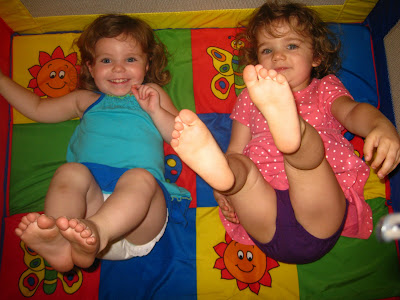 As did Ali, who also wanted to sleep in the special bed. 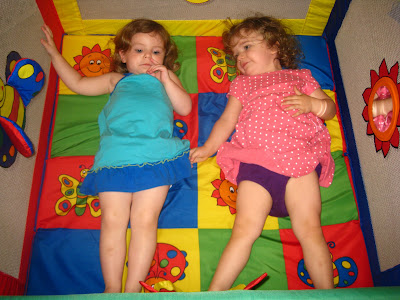 Thanks, Ali, for your help in selling the product. AJ looked at me with awe and said, “It is SO very pretty!!”.

Before bed, though, I offered to let her try on Ali’s pretty white dress. AJ is going to be in her Aunt Sherri’s wedding in October, and will be wearing Ali’s dress.

Her first reaction was excitement, then she changed her mind and didn’t want to wear it, then she wanted to wear just the hat and carry the basket (in her diaper – made for quite a cute ensemble), then she finally wanted to put on the dress: 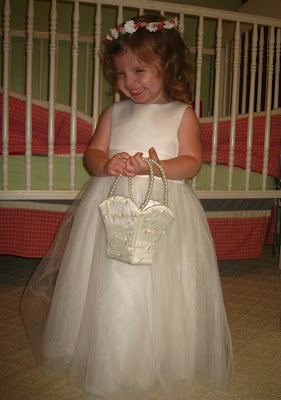 And was QUITE thrilled with it from then on. 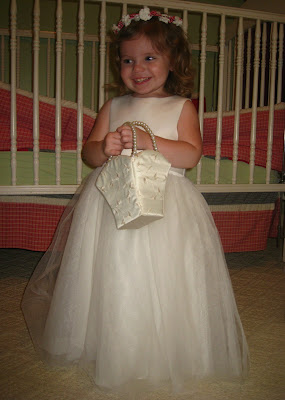 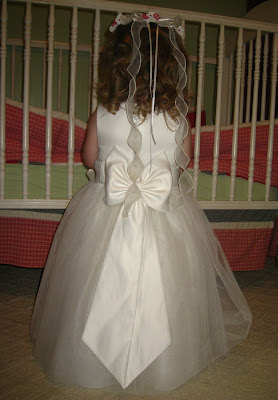 She also wanted to practice dropping petals. Lucky for her, I still had the ones (now dried) from Gina’s wedding: 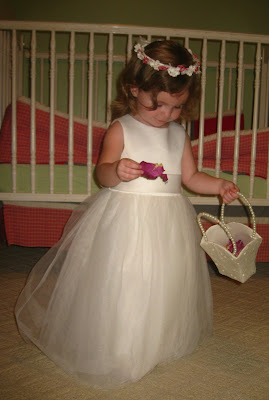 Ali, who was wearing the pink sash, decided that she needed to help. 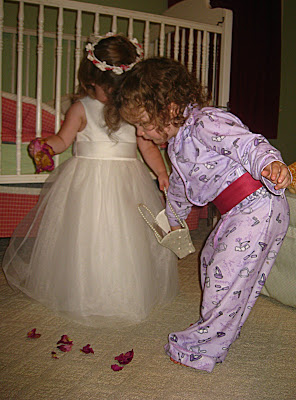 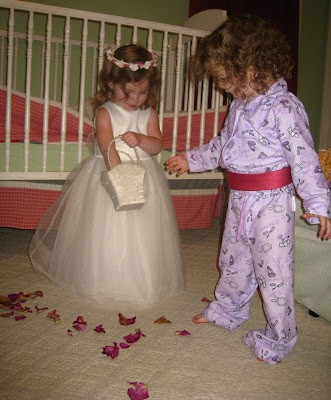 They were quite happy with their accomplishment. Maybe that means that AJ will be better at actually DROPPING the petals than Ali was. 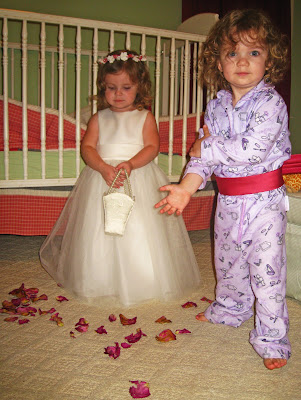 For comparison’s sake, here’s a side-by-side of each of them in the dress (with the only difference being that Ali wore the pink sash and AJ has on the white sash): 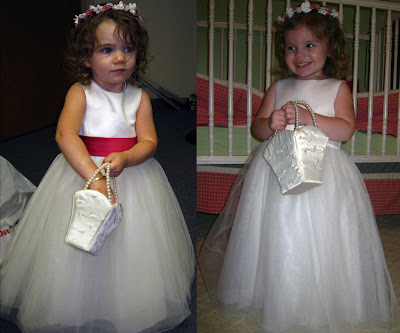 I was starting to think they were looking more and more different, but when you put it like this, they are still pretty similar (and for new readers, no, they are not related).

We had family bible time, . . .and then everyone slept happily ever after in their very, very, very special beds.

7 thoughts on “The Science of Toddler Play”