Ali and I went to Titus’ birthday party yesterday. There were tons of friends, toys, food, and fun to be had.

However, I found that there is nothing better than a Birthday party to magnify and illustrate how different quirky peculiar unique your child is.

While all of the other kids were having so much fun playing together, 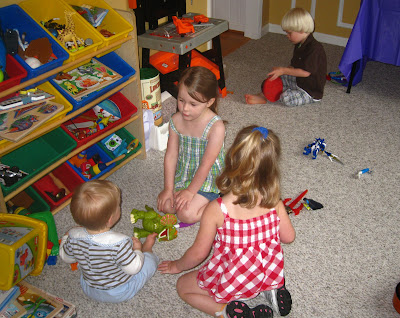 My child was sitting quietly, watching. 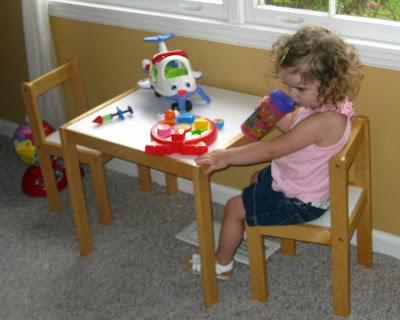 Now, in her defense, she is going through a small animal paranoia spell due to an accidental dog bite that she received last week, so part of her reason for sitting in the chair (which lifted her feet a whole inch off of the ground) was because it gave her a pretense of safety from this huge, scary creature: 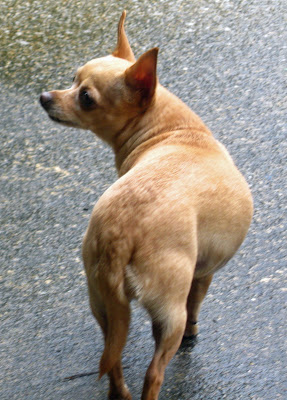 THEN when even MORE of Ali’s friends arrived and all of them were playing and having a ball together, I noticed Ali was missing. I went upstairs to find this: 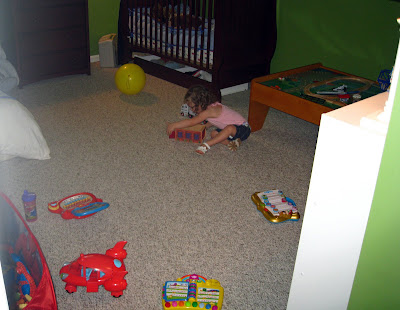 She had found Titus’ bedroom toy stash and was playing.

I asked her, “don’t you want to go downstairs and play with all of your friends?”

She answered: “I stay up here. But Mommy can go downstairs.”

A while later, I finally coaxed her down with the promise of cake.

But not only was there cake, there was a candy-filled pinata.

However, while all of the other kids were having fun smashing this, 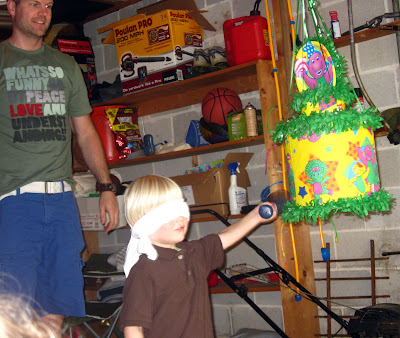 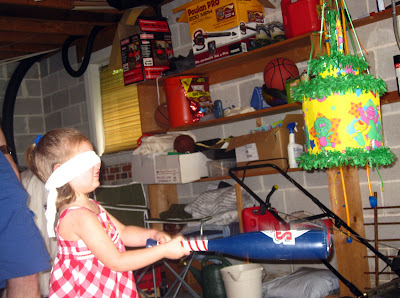 Ali wanted no part of it. And sat quietly watching in my lap.

THEN when the candy started falling out and all of the other kids were making a mad scramble to collect as much as their little hands could hold, I did finally convince Ali to get in the mix and get some, but. . . 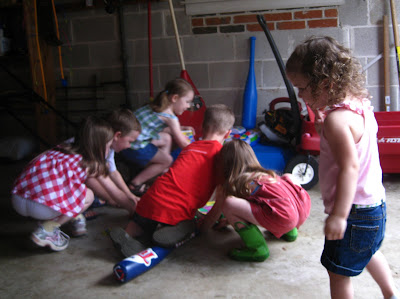 . . .she was always so cautious and slow in trying to retrieve her candy that she never could seem to compete with much more excited, “daredevil” kids. 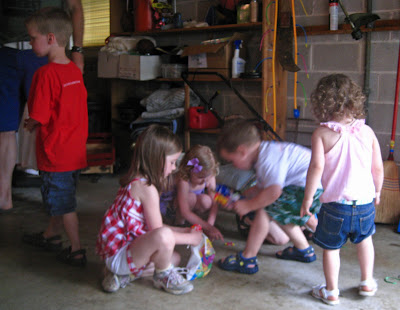 While the other kids got entire BAGS FULL of candy, Ali managed to retrieve one Tootsie Roll. ONE.

Luckily, those excited, daredevil kids shared their spoils with her.

At least she was very willing to sit and get her cupcake with the rest of the kids: 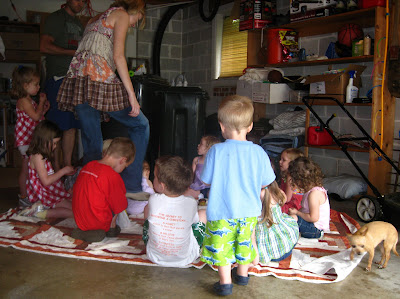 And, although she had no interest in “getting in the mix” while Titus was opening his presents and all of the other kids were crowding around him begging for his toys cheering him on, she was willing to go check out his loot with him after the crowds dissipated: 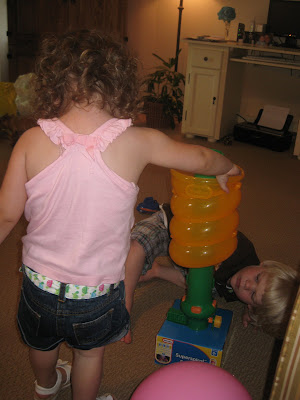 After pondering her behavior at length after the party, my first reaction was to be concerned that she was going to be that awkward, brainy, homeschool kid that always sits back and watch all of the other kids interact (err, not that I could relate to that persona at all).

Then I thought about it some more. She is perfectly social with AJ, and really with ANY of her friends or adults – in small crowds.

And then it really hit me: She is JUST LIKE ME.

I hate large social situations where everyone is small talking and chattering and being, in general, social. I always feel like that awkward homeschooler again and never quite know what to say.

But I LOVE small groups and one-on-one conversations.

And I’ve survived socially just fine. Sure, with a few blips in the road during awkward Junior High years (and maybe a couple of other times), but who isn’t awkward in Junior High?

But hey – a bit more socialization practice will do her good. Maybe she can pick up some tips and tricks from her “I can talk to a brick wall” Daddy. I’ve been trying to pick up his mad social skillz for years.

Or, maybe she just needs a sibling.

11 thoughts on “The Revelations of a Birthday Party”