So about every six months, I get bored and frustrated with my hair. I want something new, but yet I’m usually too afraid to actually TRY something new (just like last time I bemoaned this subject).

In my estimation, there are three options, of which you can do any or all, to change your hair when you find yourself in boredom crisis:
1. Color
2. Curl/Straighten
3. Cut

I’ve never colored my hair – not because I wouldn’t like to try it – because I would – but because I’m way too practical to spend a ton of money and time getting it maintained every 4-6 weeks.

As far as curl goes, I have had a couple of body waves, and have considered trying that again. So I went in search of pictures of said hairdo (circa 2004) to see if I really liked it.

Unfortunately, it was WAY before blogging days, and, so, there are very few photos of those years. And most of the pictures that we DID take were cell phone pictures. So, I present to you, Exhibit A and B, poor quality although they are: 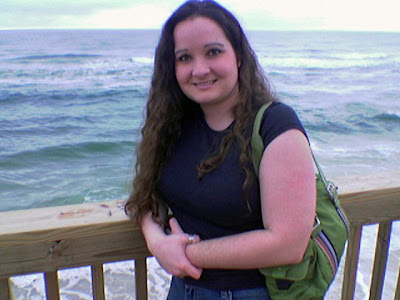 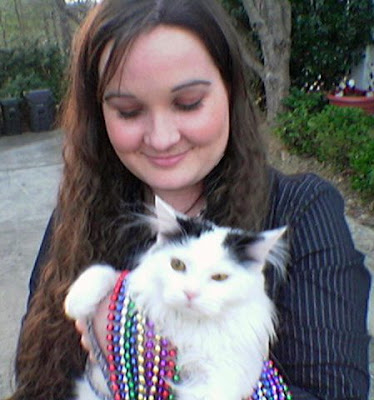 It was a fun hairdo, because I could either straighten it or keep it wavy.

(Exhibit C, straightened, again forgive the horrible picture quality – this was in the dark ages, after all:) 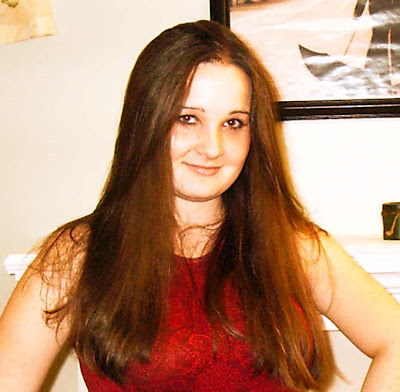 However, it was also pretty damaging to my hair – I’d always have a few unnoticable-except-to-me bald spots after receiving a body wave, plus I would actually have to use a flat iron to straighten it, which I don’t normally have to do.

Now to cut. I’ve kept it long for almost all of my life (and the only times it was short were very awkward years anyway, so I have this perception: me + short hair = AWKWARD).

My hubby is categorically opposed to me getting it cut short (and by short, I think he means REALLY short – I believe I have more leeway than I act on), but says I can get anything else done to it that I want.

So last night, I was telling him (yet again) that I was bored with my hair. What should I do? Should I finally get adventurous and get it colored? Should I potentially bear your disappointment and get it cut? Should I get another body wave?

He put on his really serious voice, and then described in full detail exactly what he thought I should do with it.

So I tried it.

THIS was his suggestion:

I sure hope someone else has a better one.

18 thoughts on “Extreme Hair Makeover: According to the Husband.”