Last week’s winner is. . . . Giann!!! She took the winning storyline from the week before and continued it into this picture, which was very fun!! And Giann, I know you submitted a second caption, but I liked the first one best!

So here it is:

Ali-Qaeda thought she had escaped. He had caught her and little did she know he was going to make Ali-Qaeda-bet soup.

Now this week’s Conquer is a special edition. It can be a caption, or an explanation – either serious or not.

You see, Chris and I were out at the mailbox yesterday, and there was this weird item on the ground. I said, “What in the world is that?!?!?!”.

Chris looked and said, “A snail?”

I said, “Then that is the biggest snail I’ve ever seen!!”.

We rolled it over – no opening. Not a snail.

I finally got brave enough to pick it up, and it was heavy. It was completely solid.

Of which I made sure of by throwing it all the way down the driveway (hence the white scuff marks on it).

We have no idea what it is.

I’m hoping it’s not something disgusting, although I have washed my hands every time I’ve touched it.

Hopefully it’s not an alien egg that’s about to hatch a bunch of gremlins in our house. 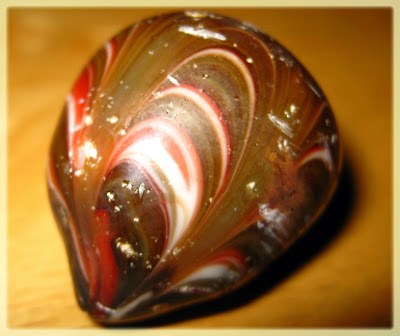 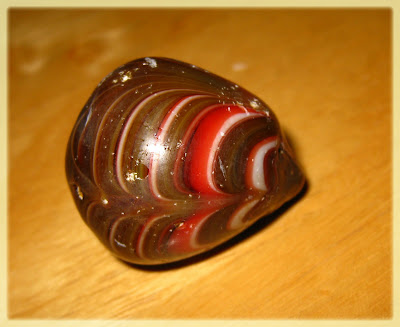 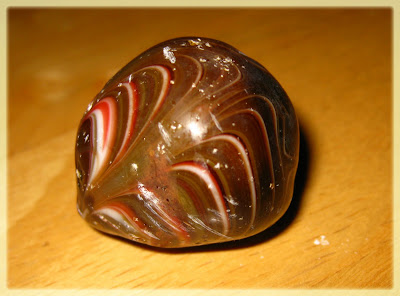 And for size comparison: 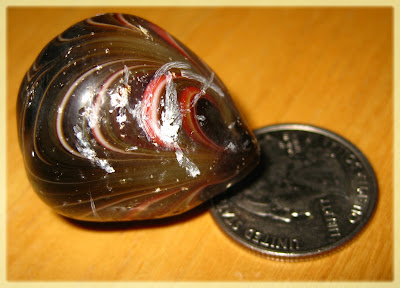 So, Caption/Explain away!!!! What the heck is this???? Be as creative or as factual as you want!

I will have two winners: The most creative answer, and the most plausible answer.

Here’s how to play: