The plan yesterday was to leave around 2pm for our anniversary trip.

So while I was dropping Ali off at my parent’s house (aka grandbaby heaven) and hanging around long enough to see her introduced to the new baby chicks, 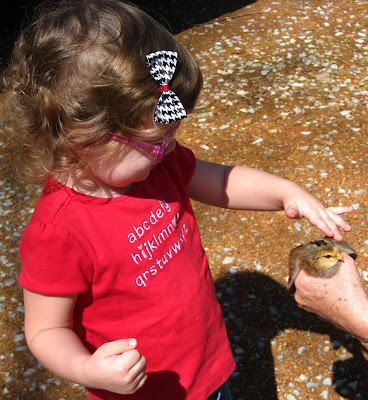 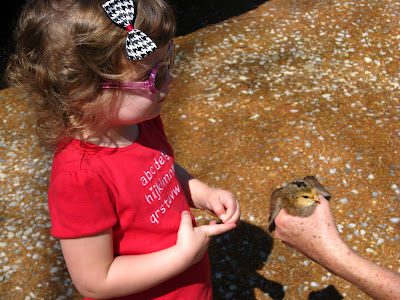 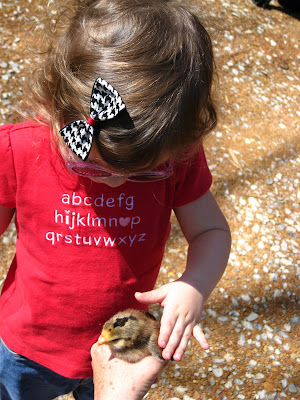 And feed the normal old chickens, 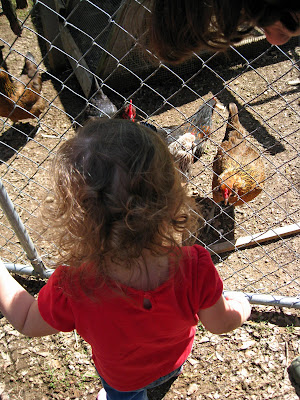 Chris was having an adventure of his own.

Here’s the story of his morning, in his words:

It was a normal day at the office, at least as normal as a day that you’re leaving at 2 o’clock to go out of town for the rest of the week can be. I’d wrapped up the last thing I had to accomplish before leaving at 11:15 the night before (while Rachel dozed on the couch) to make sure I could leave on time and leave room for last minute stuff to pop up (I’m paranoid/conservative like that), so it should have been a fairly routine day.

So I come downstairs, and one of the guys says, “Hey, do you smell that?”

Now, being that my office is a 100% male office, that sentence alone wouldn’t be that unusual. However, he finished it with what is usually too obvious, so it must have meant something else:

He didn’t mean natural gas, or the more frequent human variety, but GASOLINE.

To answer the question, yeah, I kinda did.

The faint odor of gasoline was inside the building. Kind of like when the grass is being mowed outside the door and you get that faint gassy smell.

So we walked outside around the building to check it out, and there was no one cutting the grass. And the smell of it was completely overwhelming at times.

We went back inside, and it was stronger, especially in the office kitchen, for some reason. The reeking kitchen made no sense, as it was a completely interior room.

The girls from the lawyer’s office next door came over, as their office was smelling it too (and, I suppose, they were probably confused as to what type of gas they were smelling and assumed where it was coming from). However, we thought that there might be gas in the creek running behind the office.

Our immediate assumption is that the gas station next door might have a broken tank leaking into the creek, so we walk up there and ask, and they inform us that they have already gotten multiple complaints and questions.

The lawyer next door calls his buddy at the fire department, and casually tells him, “Hey, not a big deal, but you might want to come down and check this out. No need to make a fuss, though.”

A few minutes later, a firetruck shows up at full blare, COMPLETELY making a fuss.

The firemen go around and start checking things out. We assume that it’s no big deal, and keep working.

Second fire engine shows up on the scene, wailing.

A fireman comes in the office and tells us that we need to evacuate.

“Okay…. It will take me about 5 or 10 minutes to shut everything down.”

“No sir, you need to get out of here right now.”

The fireman goes around the corner, so I ran back inside, grabbed what I needed, shut a few computers down anyway, gathered the last employees and we beat a hasty retreat half a block away to another business’ parking lot where we could watch the action.

The firemen swept through ours and the lawyer’s buildings and made sure they were empty, then sealed off the doors with bright yellow caution tape. 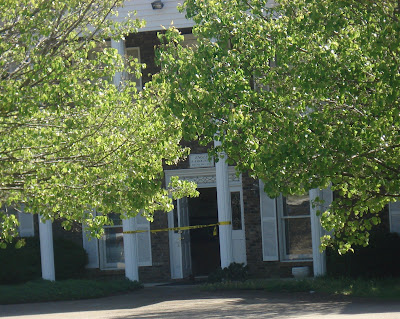 Within a few minutes, there are three firetrucks, two police cars, a HAZMAT vehicle, and a few random official looking cars. 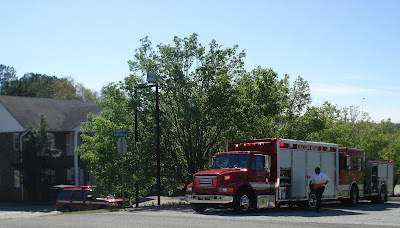 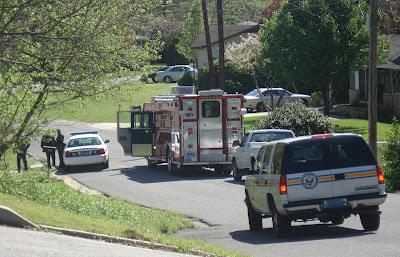 Tests are begun, readings are taken. Meanwhile, we are having a tailgate party, enjoying the sunshine, cracking jokes, and waiting to be allowed to return to work. 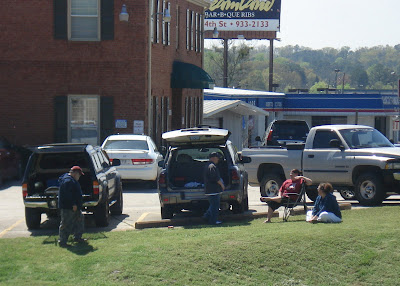 Family members and former employees join us to hang out and watch the scene.

After about an hour, three news crews show up. 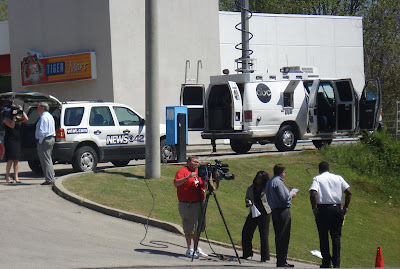 The lawyer next door (who originally made the call) gave the news crews some very professional interviews that ran on all of the local news and published on the news websites. 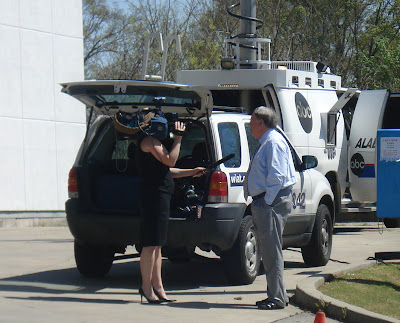 The piece de resistance of the whole publicity craze was the NEWS HELICOPTER that made about 10 circles around the premises. In stark contrast to our respectable lawyer next door, one of our guys couldn’t resist the opportunity to yell at, and lift his shirt, AND shake his belly at the hanging-out-of-the-helicopter cameraman. 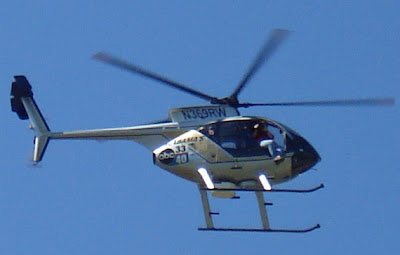 The bottom line was that the gas station had nothing to do with it, AND there was no gas in the creek. Some dillweed apparently illegally dumped gas into the SEWER via a sink, drain, toilet, etc, and the fumes from the sewer were coming into several businesses and homes through the plumbing.

It had been about three hours since the firemen came – about 1pm, when the Captain of the fire department came to talk to me and the lawyer and said, “Listen. I know that you have businesses to run, so here are your two options. You can either:

a) fill all the sinks with standing water, make sure that the air conditioners are off, lock the
door and leave for the day, or

b) fill all the sinks with standing water, make sure that the air conditioners are off, and go back to work and HOPE that the concentration of gasoline fumes would not reach the level where ignition was possible.”

We chose option a. 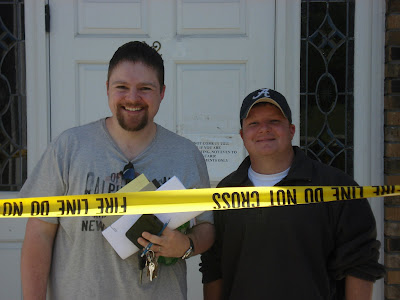 13 thoughts on “HAZMAT: The Best Way to Start a Romantic Getaway.”