Instead of the silly boob jokes and twangy songs that we grew up knowing Dolly for, Ali thinks that she is the Book Fairy.

Thanks to Dolly’s Imagination Library program where she sends every child a free book every month (if you sign up for it), Ali’s life has been excited and enriched by such thrilling books such as “The Minosaur” (which I reference anytime that Ali starts getting selfish with her toys) and “The Little Engine that Could” (which my brother insists that Dolly Politically-Correct-ified by making the Little Engine a girl, but I think she was a girl when we were kids too. Can anyone help us solve this family argument?)

Ali gets so excited when a new one shows up. She squeals with delight, “Dolly Parton sent you a new book!!!”. (Yes, one day she will start saying “me” instead of “you”, and “my” instead of “your”. It may be JUNIOR HIGH, but it WILL happen).

However, the last two books we have received have been a bit less than subtle. The first one wasn’t so unusual. 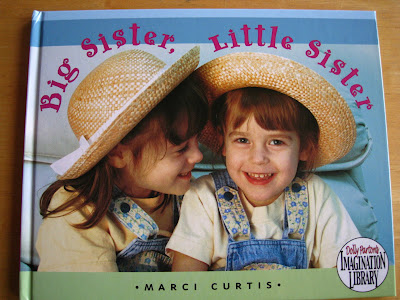 Makes sense. They know Ali is a girl, so they would send her a girly book. I’m sure they have the boy version that they send to boys.

I did happen to ask Ashley, who also gets the Dolly books for AJ (who would be in the same age bracket as Ali, and so therefore receiving the same books), if they had received that copy. She looked puzzled. “No, we haven’t gotten that one”.

She knows that Ashley is pregnant like a good little Mommy and I’m not.

THEN it got worse. Today when I opened the door, we ACTUALLY received “Little Brother, Big Brother”: 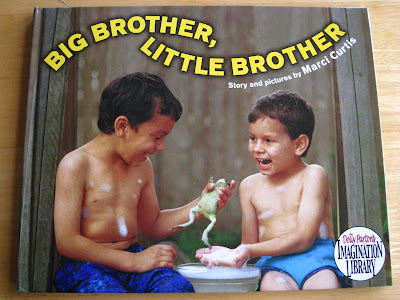 You have got to be kidding me.

Gee, Dolly – did the Grandparents put you up to this?

Come to think of it, I bet there’s some sort of Grandparent’s lobbying coalition that put her up to it.

Then again, Dolly probably IS a Grandparent.

Or, better yet, how about “The Happy Only Child”?

If you’re curious about my current position on having another baby anytime soon, read here.