Caution: The following post might make you ill, nauseous, or otherwise queasy. At the very least, it will make you not want to shake hands with me ever, ever again.

You have been warned.

Ali is feeling much better from her stomach virus on the top end, but on the bottom end, she is still, erm, struggling. And to make matters much, much worse, she will, ahem, struggle in the middle of the night but not wake up (since it kind of lets itself out, thankyouverymuch), and so in the morning, she is very, very uncomfortable.

So, in an attempt to prevent this happening during the night on Wednesday, I checked on her before I went to bed.

But it was very dark.

And I couldn’t see, nor did I smell anything.

However, this stuff has been sneaky, so I didn’t want to miss the opportunity to save her from certain discomfort.

But I also didn’t want to wake her up. 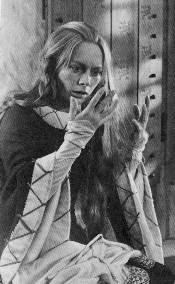 I stuck my finger down into the bottom of her diaper. . .

She passed the smell test.

Unfortunately, sometime later in the night, much past my bedtime, she would NOT have passed the smell test, so she was quite uncomfortable Thursday morning.

Which means my finger testing was all for naught.

During her nap, she woke up crying, and so, again, I went where only Mothers have gone before.

Thank goodness, she passed the smell test again. And that she is feeling better(-ish).

And yes, I did wash, scrub, and sanitize my hands before making cookies.

Oh, and in case you didn’t make the farfetched connection between this post and the picture, it is Lady Macbeth, trying to scrub that “darn” spot off of her hands.

9 thoughts on “I boldly went where no one BUT mothers have gone before. . .”