I saved the most bloggable gift from last night to tell you about today.

If you’ve been reading my blog for any amount of time, you’ve probably seen references to my Uncle-in-Law’s “unusual” hobby of making his wife toenail art out of his toenail clippings. If not, you may want to go to the above link before continuing.

Anyway, when they moved to the beach earlier this year, Leo left some of his art medium behind in his desk drawer at work. Chris was cleaning his desk out, and ran across this priceless find: 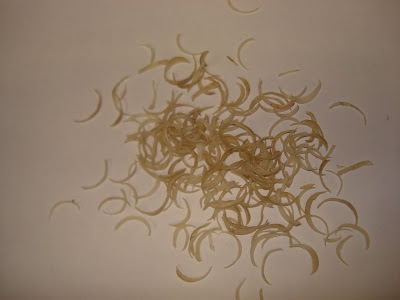 So naturally, Chris seized the extremely rare opportunity to make LEO a piece of unforgettable art out of Leo’s own abandoned body parts. Now, these aren’t Grade A Angus Clippings, because they are fingernails, not toenails. But hey, art is art.

So Chris set up a studio in his workshop: 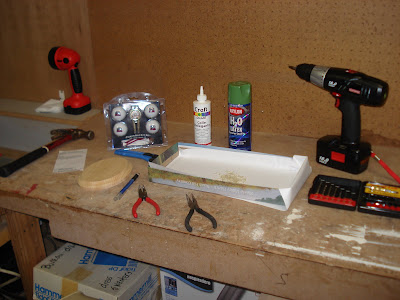 Bought some supplies and prepared them (which, by the way, I think will be the only time that my husband ever goes to Michael’s Arts and Crafts voluntarily): 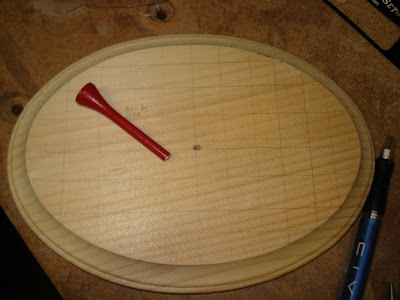 And being that my husband is immaculately thorough, actually divided the fingernails out and counted them, to ensure that his art was as symmetrical and planned out as possible. 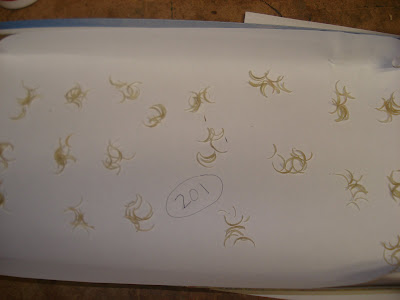 Here was his engineering math: 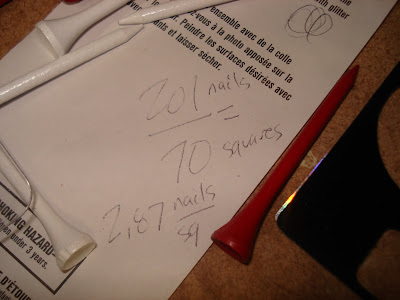 So he then “randomly” drilled 1/16″ diameter holes, after estimating how many he needed: 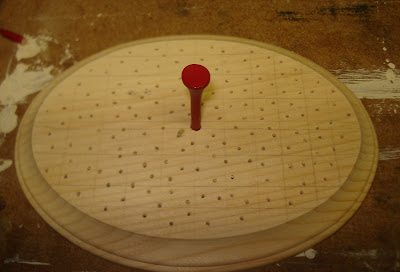 Then set to work painstakingly mounting each nail with craft glue in its own hole, like little coarse hair plugs on a middle aged man. 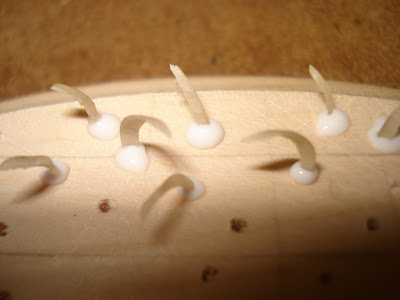 Now I would like to say that he stayed completely sterile and was paranoid and careful about touching the nasty medium, 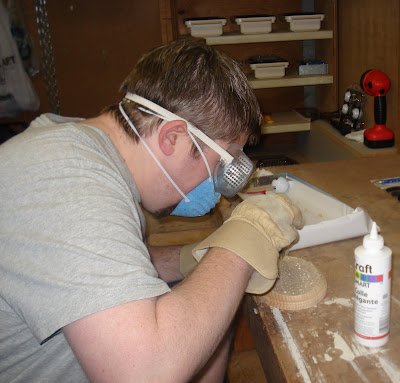 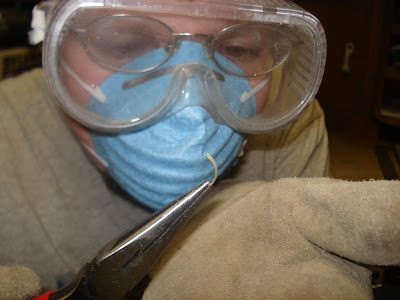 . . . but when I came down to check on him, he was building his masterpiece and eating skittles with the same hands. 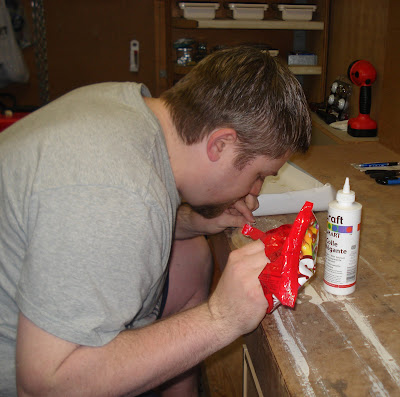 He got all of the lovely nails in. The last few became difficult to work between their neighbors and had to be carefully threaded with needle nose pliers into their special new home. 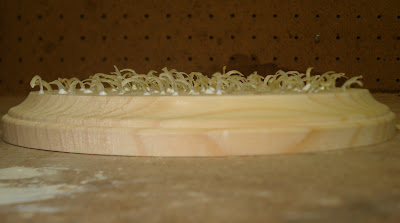 And I’m telling you, some of these nails were a bit… well, um… they were toting some funk: 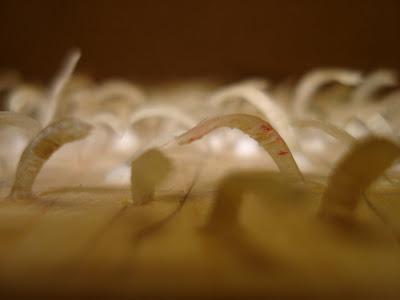 then a few coats of a nice latex spray paint, and the nails were left with a Sally Hansen Ultra Gloss finish: 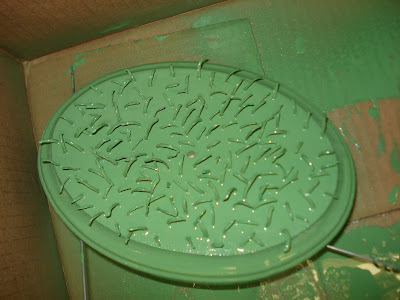 Then finished off his masterpiece with a fully licensed collegiate collectible and coordinating tee: 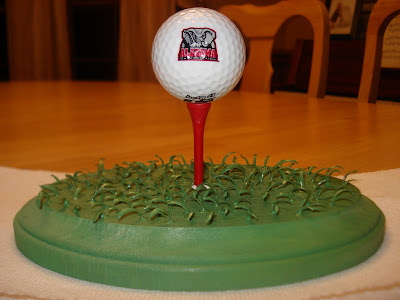 So last night, Leo got to be surprised with the transformation of his abandoned clippings: 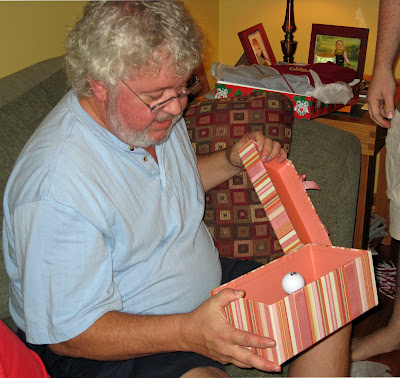 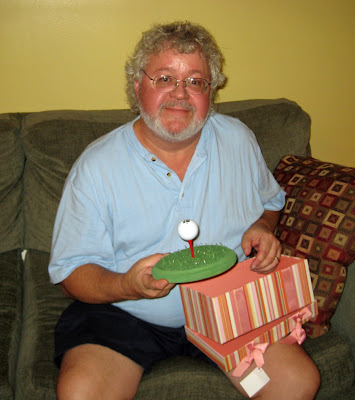 I know the question all my loyal readers are dying to ask, and No, you can’t get one. However, if you would like to commission a reproduction, all you have to do is collect several hundred of your own funky fingernails (or your Uncle’s funkier toenails), and give Chris a call.