So you remember that Ali won $50 on a football squares game, despite the fact that I’ve never won in the decade that I’ve done Alabama Football with Chris, right?

They swept the board.

So besides the fact that Chris was SO excited about the end of the game that he went out on the back porch and howled as if at the moon, which consequently got our neighbors quite worried (I’m sure), he and Ali won the whole pot.

I had to blog about this today so that I didn’t have to post it on a Sunday. That just seems so wrong.

Maybe next time her luck will rub off on me.

And no, none of you can borrow my baby and take her to Vegas. She’s just lucky, not Rain Man. She counts to three, not cards. 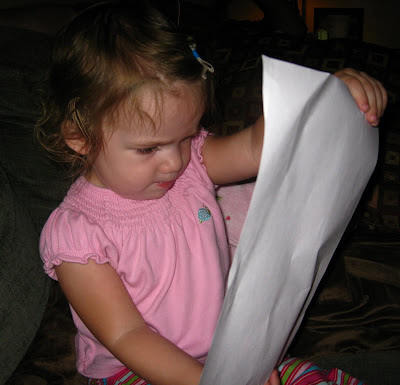 Glee at discovering that she AND Daddy won!! 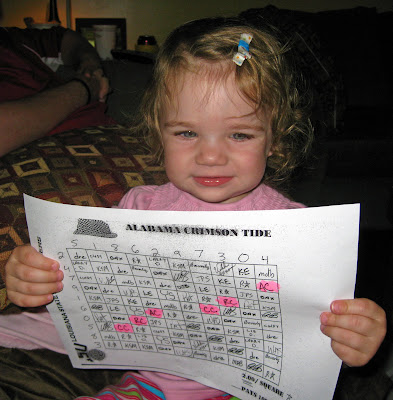 Now the question is, what to do with a toddler’s SECOND and twice as large gambling winnings?

3 thoughts on “Her Preposterous Luck is Spreading.”