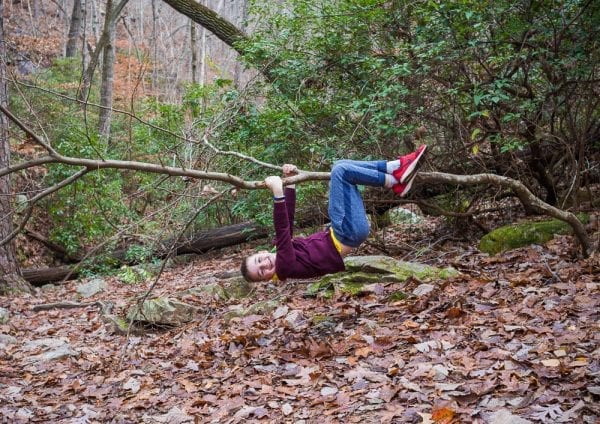 His overachieving (and awesome) summer camp (Camp Straight Street) sent him a birthday card last week. Which is great and kind and made him feel special and….when mixed in with the 4-5 Christmas cards we receive every day, also made him feel rather inferior and needy of more, CONSTANT birthday cards.

Every day he’s been running to the mailbox, absolutely perplexed at the quantity of Christmas wishes and the complete lack of birthday wishes. Indignantly he will announce, “WHERE are all my BIRTHDAY cards??”

One night he was being especially moody, so we had this little conversation about it.

We tried to explain that it’s a whole WEEK until his birthday and usually you only get cards right around the day of your birthday…and also you only get one or two birthday cards total and you shouldn’t compare your birthday mail volume to Christmas (which is dang hard to do when your birthday happens to be on the 19th of December.)

But alas. He’s only seven. Such concepts of self-coaching and setting realistic expectations are completely and absolutely lost on him.

Building radios, however, is within his grasp.

He got several Snap Circuits kits last Christmas (best, most fun toy for the spatially-minded child ever, if you need some last minute Christmas shopping ideas.) Last year, I usually had to help him with them, which I rather enjoyed. Then they got lost in the horror that is his room for a few months. But, due to a forced cleaning of his room, he has rediscovered many fun toys, and Snap Circuits are one of them. Except that this year, he’s an excellent reader and putter-togetherer, and he doesn’t need me anymore. So he’ll thunder down the stairs to announce his latest invention, all rather proud and much more excited than he was when I used to be his lab assistant. (Which, by the way, he no longer has a bedroom – he now has a LAB.) (Which I kinda love.) (Except for the pain doled out to the bottom of my feet when I try to walk through the lab in the dark to give him his good night hug.)

His favorite invention, the aforementioned radio, happened yesterday. He admittedly didn’t think a radio would function as an actual radio until he built the thing, turned it on, and started hearing Christmas music and commercials about incontinence.

He was immediately enthralled – especially when he realized how to channel surf. All afternoon he’d run to me and say things like “Mom!! Someone’s grandkid is having to have brain surgery!!”

“I don’t know! They’re talking about it on the RADIO!!”

His radio is quite portable, so I didn’t notice when he’d taken it in the car last night, and he proceeded to surf those channels all the way to dinner, while keeping us all informed as to what was going on in the world.

“Camila Cabello hasn’t had a vacation in six years!! But she’s taking some time off now that ‘Havana’ has done so well.”

“They’re talking about jail cells now! I think they’re in one!!”

And then, when he realized the sheer amount of potential knowledge he held in his hands, he cackled gleefully and announced,

“I AM GOING TO KNOW EVERYTHING BY THE END OF THE WEEKEND!!!!”

I side-eyed Chris and smiled. “So this is our life now.”

As I was reading in bed last night, Noah came in with his radio, on which he’d dialed to some smooth jazz Christmas music. He turned out my light. (Because jazz requires mood lighting.) He cuddled up in bed with me, with a sigh of accomplishment for his invention of transmittable music. And then reminded me that he hadn’t gotten any more birthday cards.

Inventors have fragile egos, yo. I’m sure Alexander Graham Bell had these same exact struggles.