But first, let me tell you how I got there.

This process of pausing has been very bizarre and not at all what I expected. Last week’s post was something I’ve dreaded publishing for quite some time because I feared that once I decided to take a break, I’d never write again. I assumed the freedom from it would make me not think about writing, not want to write (even more that I already didn’t), and totally separate me from the process of thinking through writing about things. After I hit the publish button, the hurt hit me hard.

I published it before I had time to think about it, and before I really decided that yes, this is the day to do this. I guess that was best because otherwise I would have overthunk it (that’s a legit phrase) for days and never posted it, and then gotten another blog post idea and decided to put it off. Because that’s what I’ve done for the last three summers.

As soon as I hit publish and then shared it in my Blog Facebook Group, I felt sick. My head started pounding, my stomach revolted, I got chills, I felt nauseous. The full brunt of the fact that dysautonomia had won this particular battle (I fight it so hard in other areas of my life) greatly distressed me.

I texted Chris and told him all that, and that I kinda felt like crying. Which, admitting that you need to cry always does the trick. I totally started crying. And so I laid in bed and cried for a while.

I did not see any of that coming.

I had been thinking through that decision for five months, had talked to multiple friends about it, and had, I thought, processed the decision. But something about actually cutting off the arm that is my blog, rather than just thinking about cutting it off, was agonizing. (“It’s just a flesh wound!!”, they say. But it kinda wasn’t.)

Everyone’s kind and encouraging words were helpful. Everyone’s appreciation of the writing I had done was wonderful. (Blogging can be somewhat of a thankless job, but many of my readers have gone out of their way over the years to tell me how much they appreciated it.) But it still hurt like crazy. I went for a run in the woods alone, which is always a healing place for me. It was super humid from just raining, and there were gorgeous sunbeams floating through the humidity on the trails. 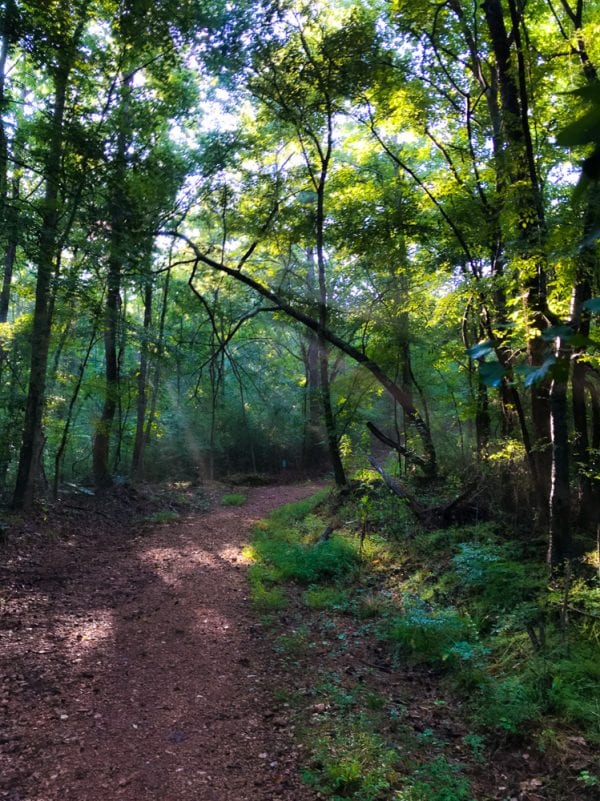 One trail was covered in Black-Eyed Susans – thousands of them.

Noah had told me earlier that it looked like there would be a rainbow and I should go look for one, and sure enough, when I stepped off the trails, there was a rainbow there waiting for me. 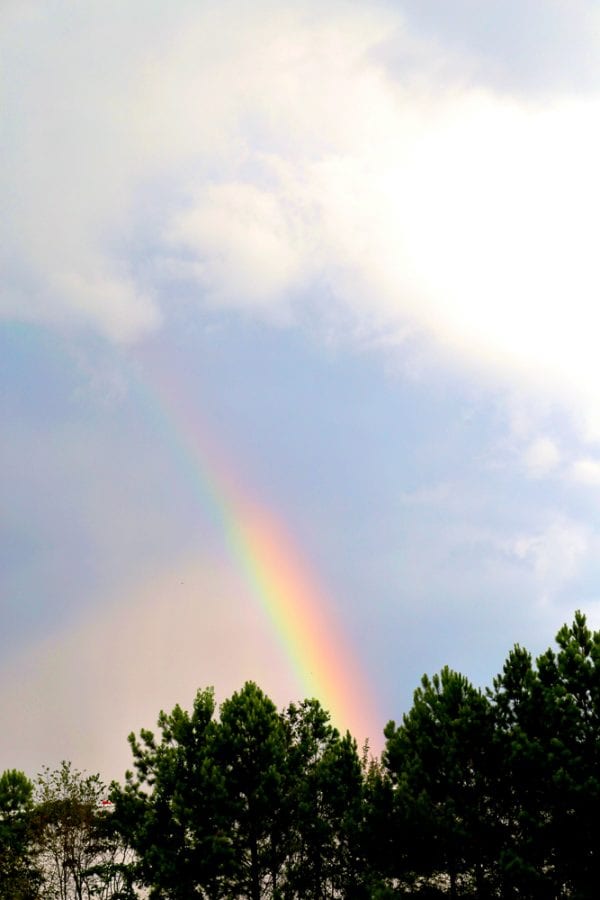 All of these beautiful signs of creation were the encouragement I needed – along with some introvert time in the woods.

The next day, I tried not to think about it. I was busy and pushed it out of my brain. But as I was driving home that afternoon, I had the strangest feeling. A familiar, yet long ago feeling…

I wanted to write.

I had all these thoughts popping into my head – turns of phrase, analogies, and more – and I needed to sit down at my computer and type them out.

I started an offline journal. I wrote three “posts” that day. The freedom of writing without having to prepare it for publishing felt fantastic. I have written every day since. I have experienced the feelings freedom and creativity that have been gone for quite some time. Even my captions on Instagram and Facebook felt fresh to me (I was especially proud of that Pink Floyd reference that I’m not really old enough to understand.) It was the most unexpected turn of events – somehow typing the words I had dreaded on Tuesday broke some sort of chains on my brain, and it was actually working again. I was sure my creative inabilities had been due to my dysautonomia – but it turns out that at least part of it may have been more related to self-inflicted publishing pressure and stress.

I quickly formed a plan: I clearly need some time to just write without the pressures of editing, hyperlinking, sharing, worrying about offending anyone, worrying about not making sense or not being as entertaining as I used to be. I made the decision that I would keep my journal offline for a month or two, then reassess where I am after that. At some point, I am going to have plenty of posts to share that I’ve written offline, if indeed I keep being able to write at this pace. And hopefully after a break from the pressures, I can reset my expectations and not worry so much.

So in summary, last week, my writing was in its Phoenix incineration phase.

And this week, it’s an ugly, ashy, baby Phoenix. But it is happy and hopeful.

Hopeful that soon, it will be my magical sidekick again.

11 thoughts on “An Update on The Pause.”