Seven is an age of deep thoughts, misheard phrases, paranoia, and brute honesty. 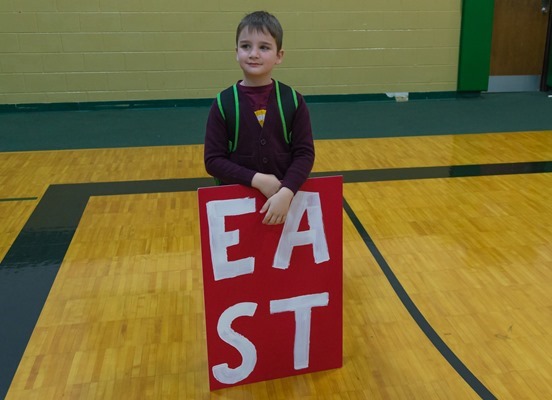 Ali: “How long until dinner?”

Me: “Not too long. Maybe twenty minutes.”

Ali: “Oh good. I just wanted to know if I had time to go upstairs and dilly dally for a bit.”

Noah: “DELETE ALI?? What does that even mean??”

I’m sure you’ll be relieved to know that no sisters got deleted in the process of dilly dallying.

Noah had a bright red splotchy rash on his ear, neck, and in his hair line. Ali noticed it first and sent him to me. I thought they were being ridiculous until I looked at it and it did look quite red and irritated. 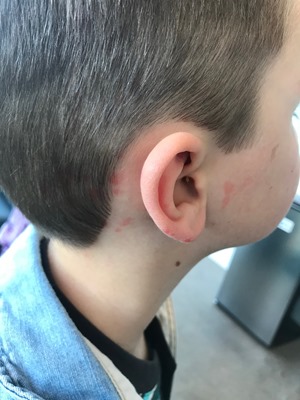 Noah has a history of reacting rather…violently…to bug bites, so I was both concerned and not concerned. But this rash was way more spread out…

Then I looked at a spot in his ear and said “weird. This spot almost looks like a splash of something…”

…At which point Noah said, “Oh yeah! Last night I made Andi laugh so hard that she spit red Gatorade all over me.”

(Unsurprisingly, I later found the same red rash on his shirt and pants.)

I was getting ready one morning when Noah walked into my dressing room.

I thought my makeup was off or something but I looked in the mirror and didn’t notice anything. I kept getting ready and ignored him because boys.

Apparently the bun process wasn’t what he had in mind.

Me: “Have Daddy explain. But Justin Timberlake will be singing at halftime!”

Noah: “Oh good!! I want to see what he looks like. I imagine him looking like a guy in Pokémon that has a Charizard. Except it’s a Mega Charizard X. Oh I know – his name is Alain. Look them both up on Google and let’s see.” 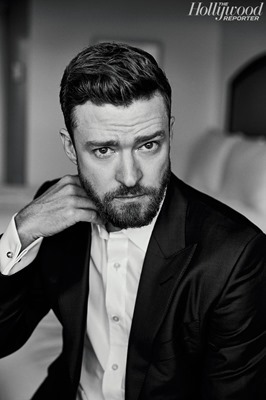 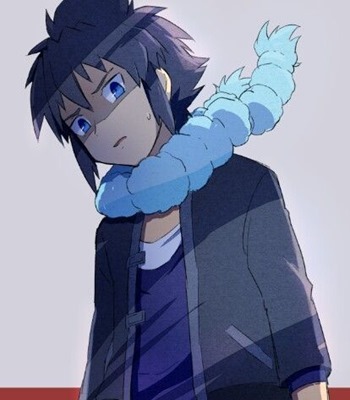 Noah has memory verses each week that he learns. One is “My little children, let us not love in word or in tongue, but in deed and in truth.”

Except that he learned it as…

“My little children, let us not love murder or tongue…”

Noah, after watching a male ice skater fall in the Olympics, commentated the guy’s reaction…

“He is SO MAD. I bet he’s going to have to start kicking things like I do sometimes.”

“There’s a stink bug in the house. Don’t smoosh it, or it will stink. Or even chop it up with a sword, into tiny pieces.”

Along with risk of stink from bugs, Noah is not much of a risk taker in any areas of life…

One morning when it was below freezing, Noah came up to me.

“I’m going to go outside and throw this away.”

“Because it could really hurt someone.” 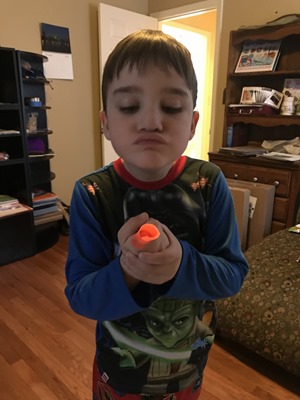 My mom licked her fingers and put some birthday candles out by pinching them quickly.

Noah gasped in horror and shock.

“How do you TOUCH FIRE without DYING?!”

We went on a hike one day. As we set off, Noah informed us…

Me: “Why? Because you brought your pocketknife?”

Ali: “So you think you’re going to cut yourself seven times?”

But Noah isn’t as concerned for other people…

Ali: “Isn’t it illegal to ride in the back of a truck like that guy?”

Noah: “He’ll be all right. Because he has a tattoo.”

…Better than band-aids, I hear.

…But not always the best defense – depending on what they say.

Noah: “If I had a tattoo on my butt that said ‘Kick Me’, I wouldn’t tell anyone about it.”

Noah wanted to buy an app on the iPad. He brought me $5 and begged me to buy it.

Me: “You’re wanting to spend all your money. On this.”

Noah: “It’s okay! I can always get more money by losing a tooth.”

…He’s going to be selling his plasma before we know it.

Ali: “Have you herd of Swiss Family Robinson?”

Noah: “Woah. That was even way before Pokémon was invented.”

Noah, quietly pondering while he chewed gum: “Why can’t you swallow gum again?”

Me: “Because it could stick to your stomach.”

Noah: “But if you were pregnant, that wouldn’t be a problem. Because when they got the baby, they would get the gum.”

Me: “Oh. So they’d cut the tummy open, take out the baby, then say ‘Here’s your baby! Oh and here’s a piece of gum we found in there.’”

3 thoughts on “What’s That Sound, The Lucky Episode 13”