This week, I finally started venturing out of the house again. I know, I know – I got out the day after surgery to take snow pictures. But then I stayed almost exclusively in bed for the following seven days. In a way, I felt much better right after surgery (albeit in pain) than I did for the week following that (albeit in no pain.)

I was weepy. Super weepy.

My hormones and emotions were all messed up (as surgery and anesthesia always do to me), and I was feeling guilty and gross about doing nothing (because I was in little pain, but if I tried to do anything I was immediately exhausted), and was feeling all the sads because I wasn’t hardly going out of doors, and when I was, it would be after Chris got home from work, which would be after dark, thanks to our super dark Alabama Decembers (the sun sets at 4:40, y’all. Four. Forty. Being on the bleeding eastern edge of a time zone is the worst.)

But on Monday, I took a timid trip out for a careful walk with the kids. We went to Aldridge Gardens, and slowly strolled around the lake. I utilized every bench along the way.

But I carried my camera and took a few pictures. And it felt nearly normal. And I felt nearly alive again.

One of the pictures I took was at a fountain, and I simply liked the look of the wet, smooth, gray stones. 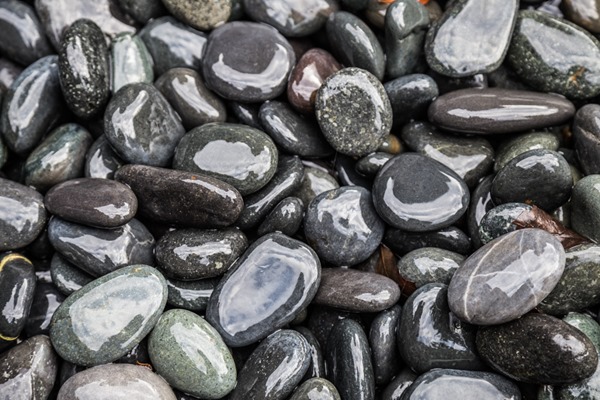 I liked the texture of glossiness, along with the simplicity of the photo. It was nearly a naturally black and white photo – something I don’t take very often.

While I was editing, just being silly, I increased vibrance (which is kinda like saturation but better) to 100% – just to see what would happen. Would it make the grays more gray and the blacks more black and the whites more white? 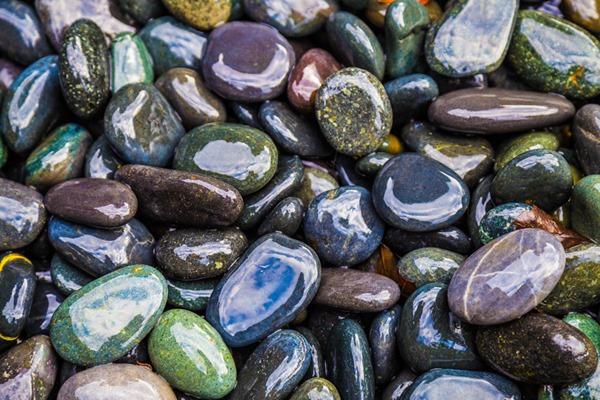 All those hues were somehow always in those stones, hiding behind their overwhelmingly gray facades. How did Photoshop even identify and differentiate between them all? I couldn’t see but scant differences in the rocks with my eyes.

The transformation of the photo felt like a parallel for what was starting to take place in my mind and my heart.

Life feels gray sometimes. In my case it was temporary and expected, but that didn’t make it feel any less gray. Having anesthesia and major surgery right at the point that the days are shortest and grayest was bound to make me cry on a daily basis. Other people have much, much worse life situations causing their lives to feel gray. And the gray is only made grayer by occurring during the holiday season – the time of year that’s supposed to feel happiest and most vibrant. High expectations and grayness do not mix.

Grayness, by its nature, always feels inescapable. It feels as if it’s always been there and will always be there. Like there’s no way that any color could possibly be left.

The color is still there, hiding in that overwhelming gray fog, just waiting for the vibrance to be cranked up again. And when you are able to step outside and the world finally has color again, it is an unspeakably glorious feeling. It makes the color feel more colorful than it ever has been before.

29 thoughts on “Finding Color in the Gray.”