It’s hard to identify what a decade is about when you’re in the midst of it, but oh-so-easy after they’re over.

The ‘70s didn’t know they’d be remembered for their Disco and groovy polyesters. The ‘80s didn’t imagine we’d mostly recall their patchy vests and Duck Head shorts. And the ‘90s had no idea we would think of them and reminisce on the beautiful days of music.

However, I believe I have cracked the case on what the twenty-teens will be remembered for.

Their ability to narcissistically turn every happening into a massively overblown moment.

“Oh, in the 90’s, y’all just asked people to prom? Well then. We will hire a skywriter or ask on the Jumbotron or (Dear God please no) get a tattoo to ask our girlfriend to prom.”

The twenty-teens also have a penchant for taking things that are typically considered mundane or undesirable and turning them into a FREAKING EVENT. 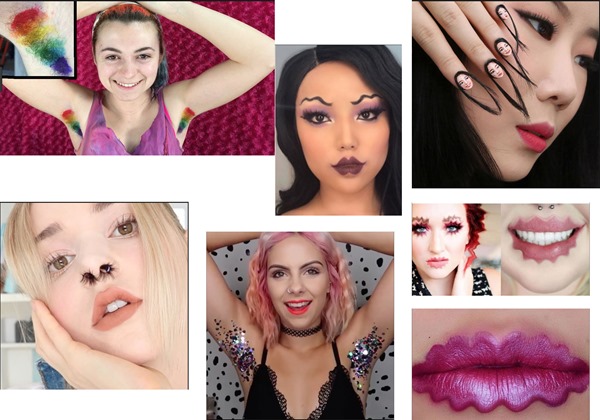 Another aspect where turning a mundane thing into an event occurs is within the term “Adulting.” Let’s stay un-grown-up even when we’re definitely supposed to be grown up and then groan about it being extremely difficult when we have to, say, pay our car payment or, maybe have a job, or, heaven forbid, LOAD THE DISHWASHER.

This digital generation is but a season away from professional photoshoots of scented divorce papers being served in hot air balloons. And life-sized body cakes served in chilled coffins alongside the IRL caskets of loved ones. (Of course, all perfectly filtered for the ‘gram.)

So it makes total sense that these kids who were promposed to and attempt to do as little adulting as possible would invent the trend of Adult  Cake Smashes.

Just search the hashtag #adultcakesmash on Instagram if you want to feel better about your life. 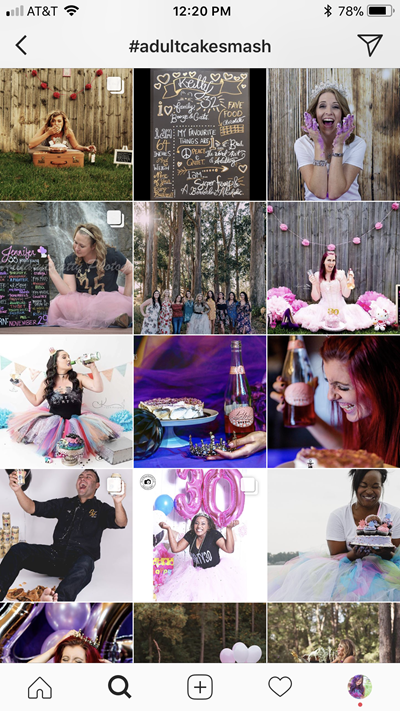 I’m not going to show you multiple photos of this event because I really want you to go yourself, check it out, mouth agape, accidentally drooling on your iPhone.

But allow me to describe some of the trends within this trend for you, just to whet your appetite. Or bile.

So the idea is to take the ubiquitous one-year-old photo op that we all had and turn it into something for a twenty-something (or even thirty-something) year old woman (or, in rarer but still existing cases, man. Yes, man.)

There are almost always tutus, booze, and sparkles involved in these pictures. They’re the foundation that the A.C.S. is built on.

From the foundation, you can build your Smashing Good Time via two main paths.

….1. You can go the Cutesy Little Girl way, and give yourself pigtails, have a chalkboard stating how many months old you are, what your favorite candy is, and what you want to be when you grow up. This option can also include a tiara, much pink icing, and maybe even a hobby horse and/or Barbies.

….2. Or you can take the Super-Sexed-But-Trying-To-Act-Like-I-Always-Look-Like-This route, where you want to familiarize your Instagram followers with every aspect of your over-glittered body, all while having the expression of innocence and naïveté on your face that says “Oh, it’s sexy when I’m wearing nothing above the waist except strategically placed icing? I had NO idea – I was just trying to recreate my one-year-old photos!”

(Yes. I did see that specific photoshoot while researching for this post. I am not exaggerating.)

But to pull off the Super-Sexy A.C.S, you don’t have to be completely nude – no need to put the future of your Instagram account in danger. Instead, try wearing a gold sparkle bodysuit, perhaps. Or mermaid shells are always a nice touch.

(If you’re a dude, your choices are much more straightforward. You just have to decide if you want a hamburger-shaped cake or Star Wars Death Star cake. And what kind of beer you want next to your cake while you’re smashing yourself into it.)

Once you decide whether you’re going Cutesy or Sexy or Dude, you then must decide how much icing you want on your face. Do you want to look as if you head-butted your cake, spreading the actually-carefully-placed-icing all the way to your forehead and creeping into your hairline? Or do you want the more subtle look, as if you just picked up a hunk and shoved it in a still-awkward-with-fine-motor-movement-toddler way toward your mouth?

Because heaven forbid that we let on that we can, at this age, actually eat cake like a normally-functioning adult. The only thing you never see in an A.C.S. is a dang FORK.

But. In all of my research into this matter, I did find the exception. The one pair of Cake Smashers that ABSOLUTELY deserved the event, the cake, and the mess of icing. 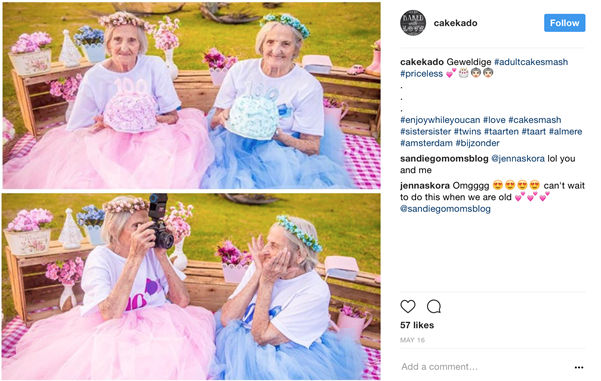 So. If you have a twin and you both live to be 100, I absolutely INSIST that you have a cake smash.

But the rest of you could do with a bit more adulting.

7 thoughts on “Adult Smash Cakes are the New Promposal.”