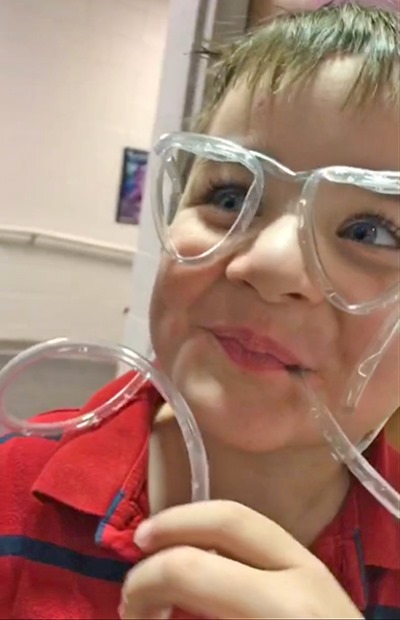 These are Noah’s new “drinking glasses.” Hopefully this isn’t his idea of preparing for college.

Ali and Noah were discussing the pros and cons of their various babysitters with my friend Kelly. Noah explained that they have a system of points. Ali insisted the point system is based on a ten point scale, but Noah was quick to explain that more COULD be earned.

“Sarah is my favorite babysitter. And she gets 1000 out of 1000 babysitter points because she introduced me to my favorite cake, Red Velvet Cake, the time when she took us to Butt Cakes.”

Kelly looked at me.

I burst out laughing. And remembered where, exactly, Sarah had taught Noah about Red Velvet.

Obviously, Nothing Bundt Cakes is now ONLY referred to as Butt Cakes in our house.

“If cigarettes are so bad for you, why are they allowed to sell them?”

I shrugged. “Well, because we live in a free country.”

I launched into a lesson about Liberty and Freedom and America and contrasted it with tyranny. I was pretty sure that Noah had tuned me out for my lecture, for he asked no further questions, which is, in fact, a miracle.

Until the next night, when we were on our way to dinner with Chris, and Chris was grumbling about how late the Alabama football game was going to be the next night.

An unnamed friend’s dog was being quite loud and barky.

Noah rolled his eyes and said “I bet he didn’t cost hardly any money.”.”

“Because he’s so ANNOYING!”

“Wrecking a car is better than killing a cat, right?”

…Not sure what he’s planning, but I’m glad he’s going ahead and wrestling with these issues of morality before he finds himself in the front seat of the car.

He needs more time with life to consider their relationship.

Noah and I were cuddling on the front porch swing, enjoying a quiet moment in a beautiful day.

Noah: “What are you doing?”
Me: “Just looking at your gorgeous eyes.”
Noah: “Are they pink?”
Me: “Nope. Just beautiful blue.”
(Noah stares into my eyes, rather lovingly…)
Me: “What color are they?”
Noah: “Greenish Brown. Like a ……. dirty lake.”

I gave him a hard time about his choice of metaphor all day, every now and then popping in a random comment, such as…

That one put him over the edge.

So mannish of him. To see no negative association in the facts of the matter. Because in reality my eyes are rather the color of a dirty lake. 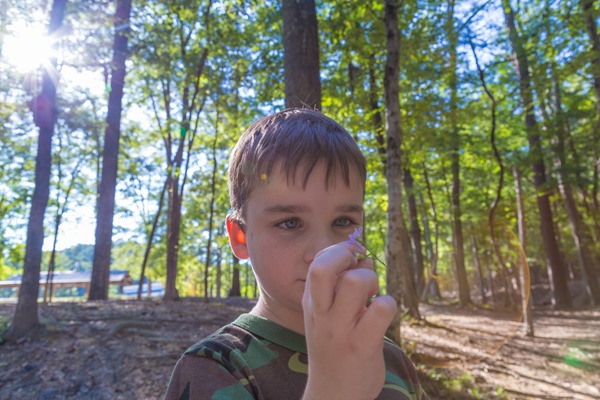 I was in bed one day with especially bad lady issues. Noah came to check on me.

He crawled up in bed next to me and got comfortable, propping up on his elbow and looking at me. “Tell me.”

“Did a watermelon fall on it?”

“Did the house fall on it?”

He finally gave up on understanding my ailments and left the room.

Hours later, that night, he came and found me with a look of eureka on his face.

“You should try to poop, Mom!”

He rolled his eyes. “Because your tummy is hurting!”

Thank goodness I have him to find all my solutions for me.

Noah was reading out loud “to me” one night, but I wasn’t paying much attention.

Until he said, “Maury Sharstmus!” 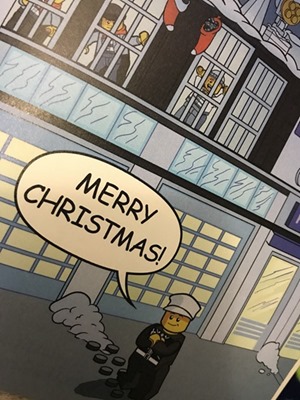 And now I want to write a children’s book all about Maury Sharstmus, the poor gentleman whose name always gets mispronounced as a holiday.

And also I think I’ll be telling a lot of people Maury Sharstmus this year. No Happy Holidays from me!

9 thoughts on “What’s That Sound, The Dozenth Volume.”